A suspect who decided to pose on top of a police cruiser for a Facebook photo can now add a new picture to his law enforcement-themed album — one where he’s wearing handcuffs.

On Tuesday the Polk County Sheriff’s Office in Florida posted an image on their own Facebook page of the suspect, Branden Temples, being led into the police station. They wrote “if you want to pose for a pic with one of our deputies, all you have to do is ask.” They explained that Temples dented and scratched the hood of the car, and that if there wasn’t any damage to the vehicle, “it would not have risen to the level of a crime.”

Temples is charged with criminal mischief which is a misdemeanor crime and could face a fee of up to $1,000 if convicted of a first-degree misdemeanor. His Facebook profile is still up, and while there are plenty of photos of him flashing his middle finger, the image of him on top of the cop car seems to have been taken down.

RELATED: Cops busted this “shoe store” for doing some pretty shady stuff in an Indiana mall

The sheriff’s office’s post has gained popularity online and has been shared almost 200 times since it was posted on Tuesday. Unfortunately for Temples, it seems his 15 minutes of fame didn’t come the way he might have liked. 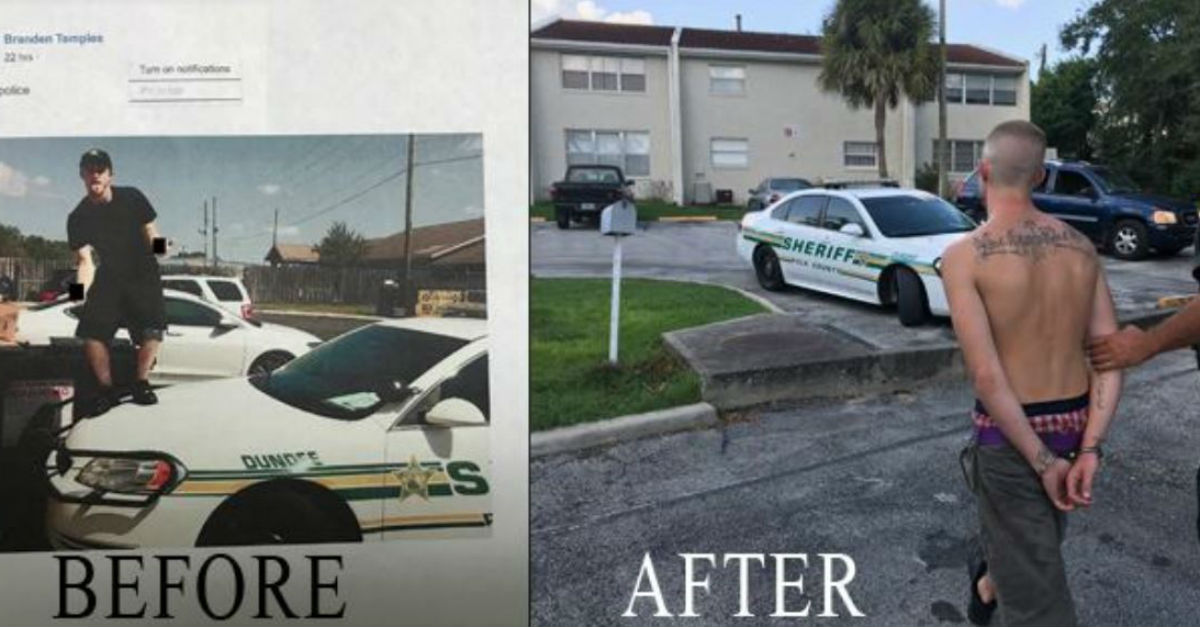