Woman Killed by Wild Alligator While Trying to Pet It 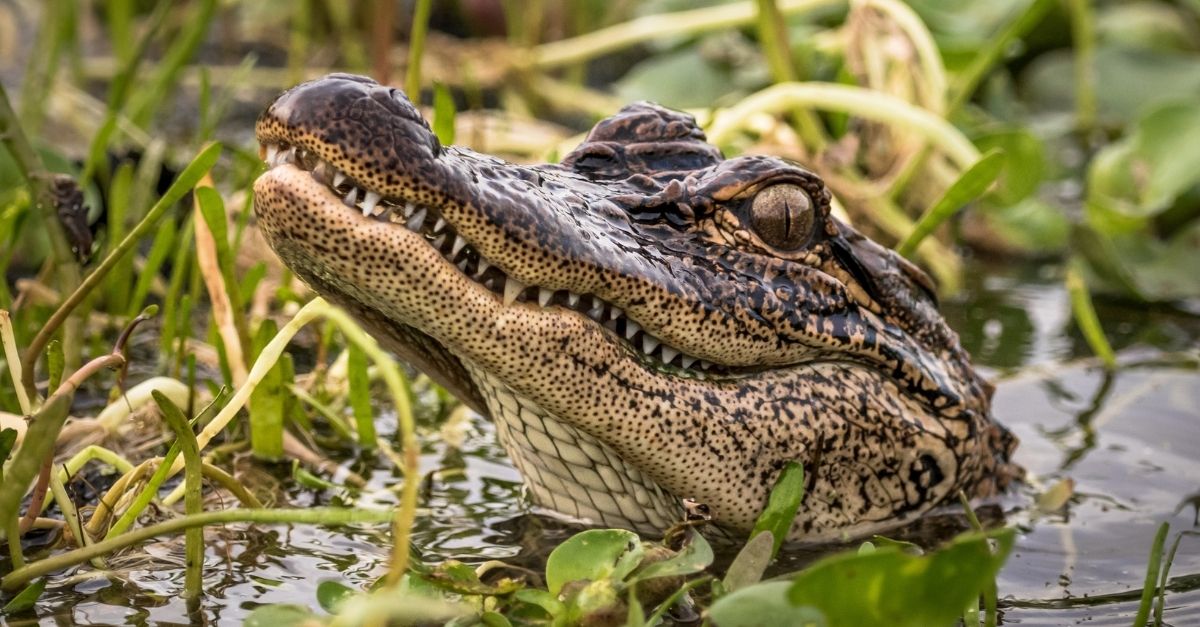 A South Carolina woman was pulled into a pond and killed by an alligator after trying to pet the predator while visiting a client’s home.

58-year-old Cynthia Covert had come to Kiawah Island, a gated community near Charleston, to give a manicure to a woman who lived on the island. According to the woman, Covert was giving the manicure on the home’s porch when she spotted the gator. After the manicure was finished Covert went down to the water to take pictures of it. Then, the stylist reached out her hand to touch it.

The woman and her husband started screaming at Covert to get away from the gator, telling her that they’d seen the beast take down a deer the other day. Covert then turned to the couple and replied, “I don’t look like a deer” before reaching out to touch the alligator.

Then the gator pulled her into the water.

The woman’s husband and a neighbor grabbed a rope and were somehow able to pull Covert away from the gator. Covert then stood up in waist-deep water and quipped, “I guess I won’t do this again.”

Then the gator pulled her under again. For good this time.

Police and firefighters from Charleston County searched for Covert for ten minutes before her body popped up. The gator popped up soon after and a deputy shot it in the head with his 9mm sidearm.

Though Covert was attacked and mauled by the gator — her leg was mangled — her official cause of death was drowning.

This story was originally published May 7, 2020.