Democrats shouldn’t get too overjoyed over Tuesday night 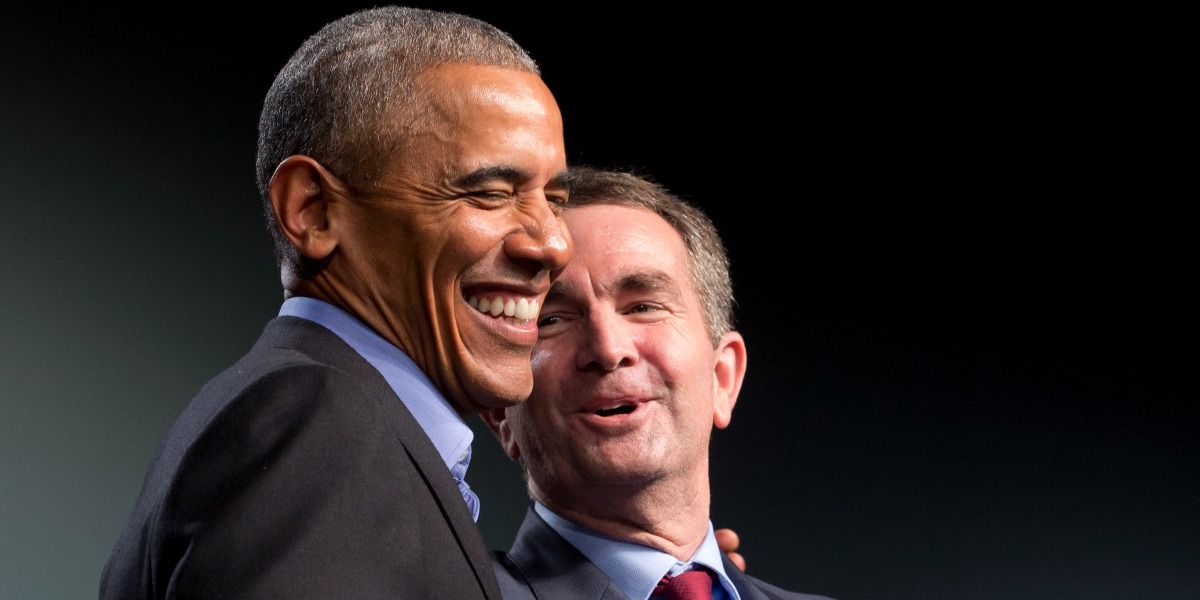 There hasn’t been much to celebrate this year for the Democratic Party, but last night’s state and local elections were an exception. The party, at least in down-ballot races, shook off its post-Trump funk at the ballot box by winning a series of mayoral, assembly, state senate and gubernatorial contests that will yet again compel politicos to question whether the Republican congressional majorities in Washington are at risk next year.

Coming off four special election losses in Kansas, Montana, Georgia and South Carolina, where they had hopes for an early boost, Democrats desperately needed an electoral win. Until last night, the party had yet to discover a way to capitalize on the considerable anti-Trump animus among its base into political wins on Election Day. At least in last night’s races, that’s no longer a problem. The GOP, as George W. Bush would say, got a “thumping” last night.

Ralph Northam’s eight-point win over Ed Gillespie was a far bigger margin than many observers of Virginia politics expected. In Washington state, thousands of miles from the Virginia coastline, a Republican incumbent state senator lost to a Democrat who had never run for office before, removing the last GOP-controlled statehouse on the West Coast. In the New Jersey governor’s race, the GOP’s Lt. Gov. Kim Guadagno got trounced by Democratic candidate Phil Murphy, a result that Guadagno has outgoing Governor Chris Christie’s 14 percent approval rating to thank. Virginia’s Democrats also picked up a remarkable 15 seats in the House of Delegates, with four races uncalled at the times of this writing  — they would have been lucky if they picked up just a couple seats in the GOP-dominated statehouse.

Rep. Ben Ray Luján, the man responsible or getting Democrats elected to the House next year, was quick to crow victory. “Doesn’t matter if you’re watching CNN, Fox News, or MSNBC,” he said.  “There’s good news for Democrats, [and] this is a nightmare scenario for Republican incumbents, especially in Virginia.” New York Times columnist Frank Bruni, assessing last night’s Democratic triumph, wrote that “there are reasons for Republicans to be very afraid” — not least the fact that 34 percent of Virginians who went to the polls did so to register their unhappiness with Donald Trump.

But we should be reluctant to assume, as some are, that Democratic victories in last night’s state and local elections foretell a Democratic bonanza at the national level in the 2018 midterm elections. For one, the Northam victory shouldn’t be seen as some kind of incredible upset; Virginia has been trending from red to blue ever since November 2008, when Barack Obama broke a four-decade GOP hold on the state at the presidential level. Virginia’s demographics increasingly favor Democrats, with the Washington, D.C., suburbs steadily expanding (there are only so many voters in central, southern and southwest Virginia that the GOP can rely on). Now including Northam, Virginians have elected Democrats to the Governor’s mansion in three out of the last four elections. Both of Virginia’s senators are Democrats, and it’s highly unlikely that those seats will flip to GOP control unless one or both of them retire.

And then there is the broader surge of anti-Trump opinion across the country. Trump has the most decrepit approval ratings (37 percent) at this time in office as any president has had since Harry Truman. The extremely divisive and culture-war-focused politics Trump has embraced to keep his core supporters happy haven’t done anything to help him with the middle-of-the-road American who wants secure bridges, paved highways and a tax cut. Democratic enthusiasm is clearly on the rise, and they expect a spike in candidate recruitment and fundraising, with millions of dollars a month pouring into the party’s House and Senate campaign arms.

But Chuck Schumer, Nancy Pelosi, the Democratic National Committee and Democratic campaign consultants shouldn’t bank on this enthusiasm continuing into 2018. One year is an eternity in politics. A lot can happen between now and then, including another round of intramural backbiting between the party’s progressive and establishment factions over whether ideological purity or common-sense pragmatism is the best way to win back the majority. The party as a whole is as unpopular with Americans as it has been in a quarter of a century, figures that expose a general taste of malaise in people’s mouths who are tired of the two parties system and are looking for candidates who promote ideas that positively affect on their lives. A big reason Democrats aren’t bleeding even more support is because the Republican numbers are even worse.

And if there is any time when Democrats should be able to win elections, it’s now, with a polarizing president and Republican Congress that can’t get anything done except name a few Post Offices or pass a few non-binding resolutions.

So calm down, Democrats. You can continue drinking champagne and congratulating one another for a few more days. But soon, the good times need to end, and reality needs to return. Don’t go into the 2018 believing that the hard times are over and that the victories in Virginia, New Jersey, and New Hampshire will lift the dense fog encompassing the party.