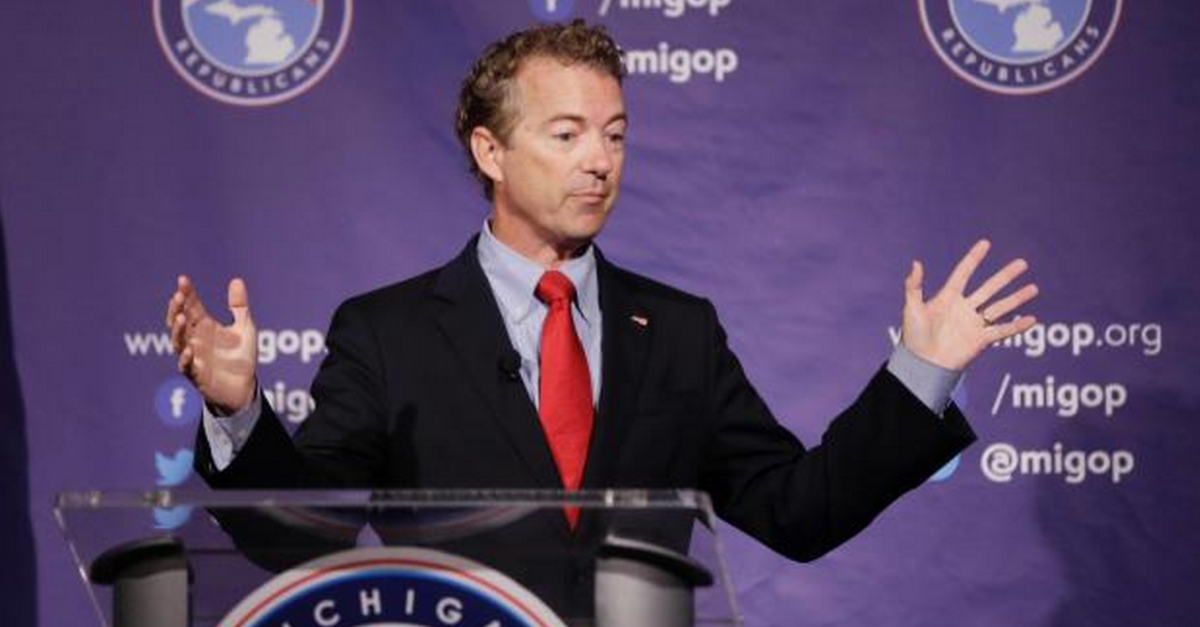 The latest on the 2016 presidential campaign from Iowa, Michigan, New York, New Hampshire and Georgia (all times local).

Paul got the biggest percentage of votes cast, 22 percent, in the unscientific straw poll released Saturday night at the Mackinac Republican Leadership Conference.

The survey was conducted by The Detroit News and MIRSnews.com. It is done mostly for fun and could be a weak predictor of candidate success in the March primary election.

Of the 2,200 conference registrants, 785, or about one-third, participated in the straw poll.

The top five vote-getters among the 16 candidates on the ballot are the five who attended the conference on picturesque Mackinac Island in northern Michigan.

Sen. Ted Cruz is drawing an enthusiastic response from the Christian conservative crowd in Iowa as he criticizes Republican congressional leaders.

The Texas senator says the GOP leaders are not doing enough to defund Planned Parenthood and accuses them of “trying to pound all of us into submission.”

Cruz says that if conservatives unite, the GOP primary will be over and that the Washington establishment wants to divide conservatives.

Speaking about the crowded field of candidates, Cruz says voters should look for differences. He says there’s a difference between campaign conservatives who talk a good game but haven’t walked the walk, and consistent conservatives who are the same yesterday and today.

Cruz tells Iowans that, “with me, you know what you’re going to get.”

Donald Trump says he would “absolutely” consider appointing a Muslim-American to his Cabinet if he’s elected president.

Trump is in Iowa taking questions from students at an appearance ahead of Urbandale High School’s homecoming dance after speaking at an Iowa Faith and Freedom Coalition presidential forum.

The billionaire businessman is continuing to face scrutiny after he failed to correct a town hall questioner who incorrectly stated that President Barack Obama is Muslim.

An audience member in Iowa tells Trump she considers Muslim-Americans to be an important asset for the country and asks whether he would consider appointing any to his Cabinet.

He says, “Absolutely. No problem.”

She says that leadership isn’t defined by position, title or the size of someone’s helicopter or “ego.” She’s delivered the line before.

Republicans gathered on Mackinac Island were excited to hear from the lesser-known but buzzed-about Fiorina days after a strong debate performance.

She says a leader “challenges the status quo” and “we have been managing the decline of this great nation for far too long.”

Fiorina says as more people learn who she is, her support will grow.

Other candidates at the Michigan conference include Jeb Bush, Ted Cruz, John Kasich and Rand Paul.

Republican presidential front-runner Donald Trump is continuing to defend his decision not to correct a questioner at a recent town hall event who incorrectly stated that President Barack Obama is Muslim — and argues that Sen. John McCain’s behavior was “harsh” in a similar situation.

Speaking to more than 1,000 conservative Republicans at an event sponsored by the Iowa Faith and Freedom Coalition, Trump says that he is not obligated to defend the president and read a series of tweets he has written to defend his position.