Numerous questions remain about last year’s wild presidential election. Chief among them is: “How could Hillary lose?” Taking the title of “first female president” seemed all but inevitable for Mrs. Clinton, who has been in the public and political eye for decades.

Then candidate Donald Trump happened. He bulldozed his way through the primaries, became the GOP nominee, and, surprisingly, won the election. But is his still-fresh victory all that surprising?

Maria Guadalupe, a professor of economics and political science at INSEAD, wanted to assess the role that gender played in how the party nominees were received. Her idea was to recreate the debates between the two candidates, only this time Donald Trump’s character would be played by a female and a male would reenact Hillary’s performances.

Guadalupe reached out to Joe Salvatore, a Steinhardt clinical associate professor of educational theatre who specializes in ethnodrama — a method of adapting interviews, field notes, journal entries, and other print and media artifacts into a script to be performed as a play. Together, they developed Her Opponent, a production featuring actors performing excerpts from each of the three debates exactly as they happened — but with the genders switched. Salvatore cast fellow educational theatre faculty Rachel Whorton to play “Brenda King,” a female version of Trump, and Daryl Embry to play “Jonathan Gordon,” a male version of Hillary Clinton, and coached them as they learned the candidates’ words and gestures.

Salvatore says he and Guadalupe began the project assuming that the gender inversion would confirm what they’d each suspected watching the real-life debates: that Trump’s aggression — his tendency to interrupt and attack — would never be tolerated in a woman, and that Clinton’s competence and preparedness would seem even more convincing coming from a man.

But the lessons about gender that emerged in rehearsal turned out to be much less tidy.

Before Election Day, much was made of Hillary’s gender. It was seen mostly as a plus, as electing a woman president would have been history-making and in keeping with the times, whatever that actually means. Female voters especially would turn out and vote for one of their own.

Reality turned out to be much different. Women did not come together in a big way to vote for Hillary Clinton. The “Her Opponent” production serves as a visceral explanation of why the November 8 results were not in Mrs. Clinton’s favor:

The simplicity of Trump’s message became easier for people to hear when it was coming from a woman — that was a theme. One person said, “I’m just so struck by how precise Trump’s technique is.” Another — a musical theater composer, actually — said that Trump created “hummable lyrics,” while Clinton talked a lot, and everything she was was true and factual, but there was no “hook” to it. Someone said that Jonathan Gordon [the male Hillary Clinton] was “really punchable” because of all the smiling. And a lot of people were just very surprised by the way it upended their expectations about what they thought they would feel or experience.

Even Joe Salvatore, who had partnered on the project, personally responded to the production in an surprising way:

I remember turning to Maria at one point in the rehearsals and saying, “I kind of want to have a beer with her!” The majority of my extended family voted for Trump. In some ways, I developed empathy for people who voted for him by doing this project, which is not what I was expecting. I expected it to make me more angry at them, but it gave me an understanding of what they might have heard or experienced when he spoke.

RELATED: It’s time for Hillary Clinton supporters to grow up

This shows that style of communication can matter much more than years of experience. More importantly, it shows that gender doesn’t play as much of a role as message. Voters saw in Trump someone who was far removed from the political arena and not a politician, qualities that prove attractive no matter the gender in question.

Democrats are sure to run another woman for the White House as soon as humanly possibly, yet they’d be wise to take into account the lesson of the “Her Opponent” experiment. If not seriously considered, Democrats could commit a 2016 all over again, and Donald Trump could return to the White House for another four years. 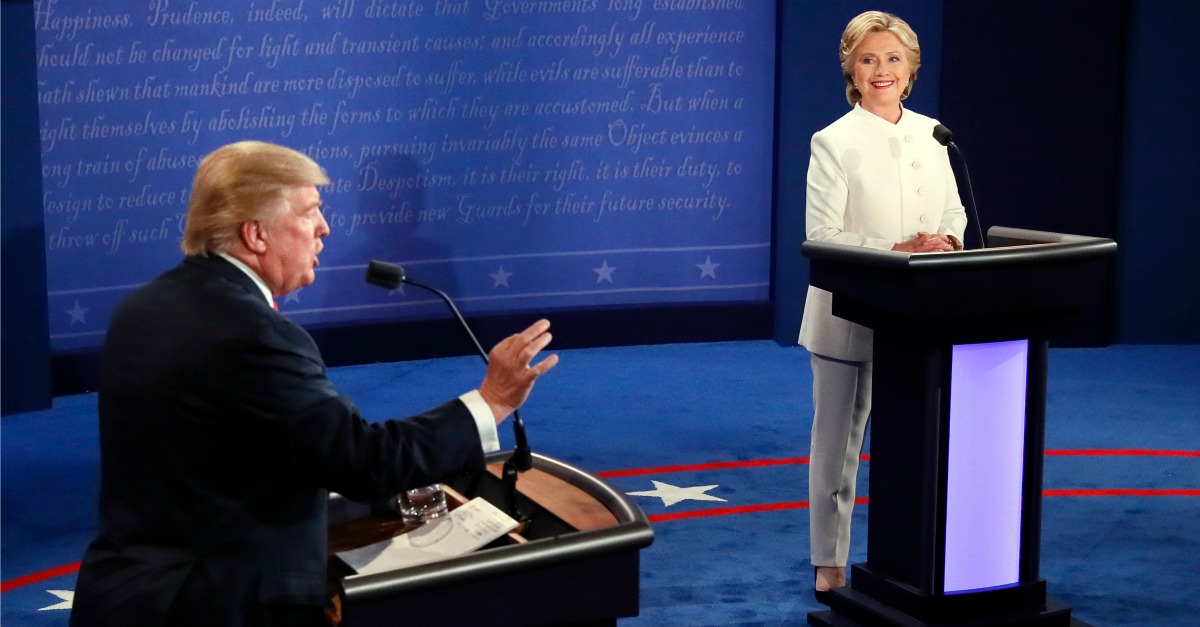