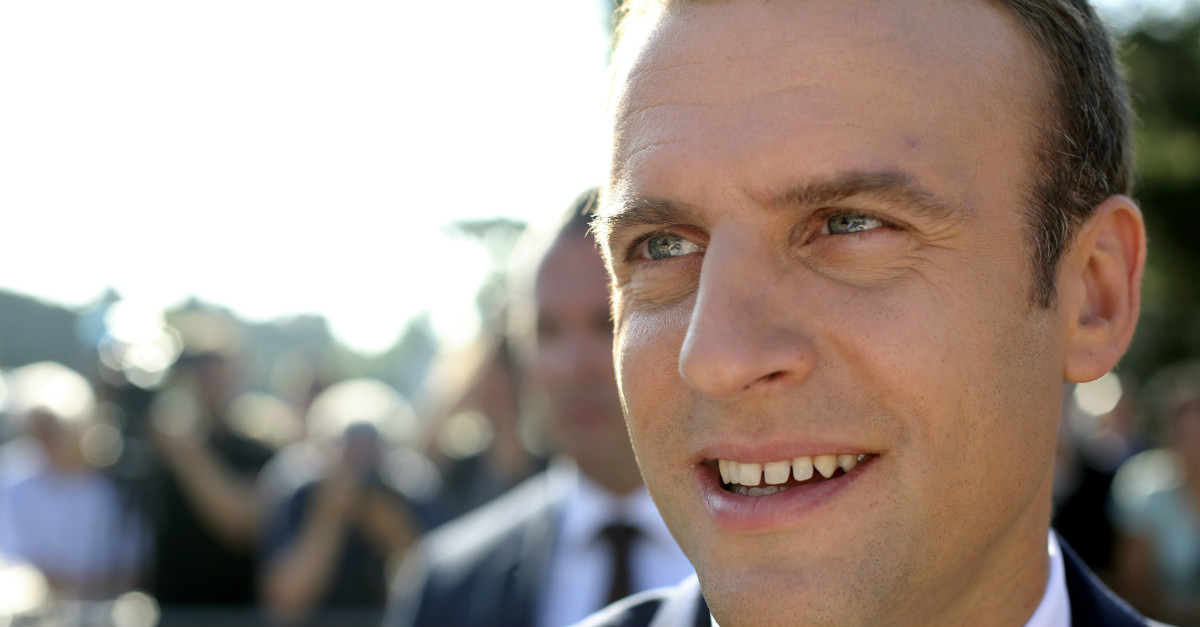 Mon Dieu! That’s probably a good reflection of what Emmanuel Macron thought when he saw his poll numbers on Thursday. Macron dropped 7 points, down to only 36 percent of support among the population, according to a YouGov poll. His descent in popularity is not only rapid, the young centrist now also ranks lower than his own Prime Minister Edouard Philippe, who remains unknown to most French people.

In comparison to his predecessor François Hollande, whose approval percentage was outperformed by a bottle of Bordeaux red wine, Macron is doing okay, but that surely is only a low bar to hold. Emmanuel Macron had, as an outsider, shaken up the political sphere and crushed Marine Le Pen with 60 to 40 in the second-round vote. In the parliamentary election in June, Macron’s party La République En Marche secured a very large majority in the French National Assembly.

RELATED: The European Union wants to blackmail Britain into not implementing freer markets

After this great victory, Emmanuel Macron has been hailed by pro-EU media outlets as the continent’s ‘savior’. The Economist unironically portrayed the new president walking on water in an issue in June.

In response to US president Donald Trump pulling out of the 2015 Paris Climate Agreement, the French president criticized the announcement as a mistake. In a statement, Macron tackled Trump?s decision to leave the agreement and refuse all implementation of its requirements, and called on the American president to “make the planet great again.”

At the end of May, mainstream news sources threw themselves at the young president by getting overly excited by his handshake with Donald Trump. CNN still holds on to that story and published a ‘second-by-second analysis’ of a 29 second Trump-Macron handshake. Yeah, we’re not making this up.

But despite his popularity with US liberals (Barack Obama endorsed Macron before the final vote), French people are not terribly impressed by one-liners and bone-cracking handshakes getting close-up shots in left-wing magazines. The fact that only a third of the population is still supporting Macron has mostly to do with the track record of his first weeks in office.

Macron has sparked several very negative headlines, by making an inappropriate joke about migrant boats in Mayotte and getting the average birth rate in Africa condescendingly wrong. However, his approval ratings are mostly affected by the scandals in his own government. Macron had vowed that he’d reinstate the ‘morality of politics’: a promise to tackle clientelism and corruption in politics. In a country that has had numerous instances of members of the government or the legislature irregularly employing their own family and friends, misusing public funds or receiving illegal campaign donations, Macron’s will to crack down on this issue seemed crucial.

With the government he put in place, he might as well have appointed Theresa May as political strategist or Chris Christie to watch the donuts. Not only did his ministers not deliver on his promised policies, they first got involved in some of their own scandals.

RELATED: Emmanuel Macron is wrong: Africa?s problem isn?t that its birthrates are too high

In the centre: François Bayrou, appointed Minister of Justice by Macron, the man who was supposed to implement legislation that would counter instances of fraud and corruption in the ranks of legislative and executive officials. Bayrou himself is accused of “fraudulent employment,” meaning that he hired people as parliamentary assistants in the European Parliament who did not do any actual work. Macron’s Minister for Cohesion of Geographical Areas, Richard Ferrand, has been accused of several instances of fraud as well. He allegedly enriched his ex-wife and current partner when he was working for large health-insurance providers. Furthermore, Ferrand had not declared several parliamentary assistant jobs, including that of his own son.

As a result, less than a third of French people are confident that Macron’s ‘moralisation of politics’ will have any effect.

When you come into power to fight clientelism, and then your ministers step down over accusations of clientelism, you might want to drop the young fresh hipster president-look and get real. Because if not, six months from now they won’t photoshop your face on a bodybuilder, but on a guillotine.