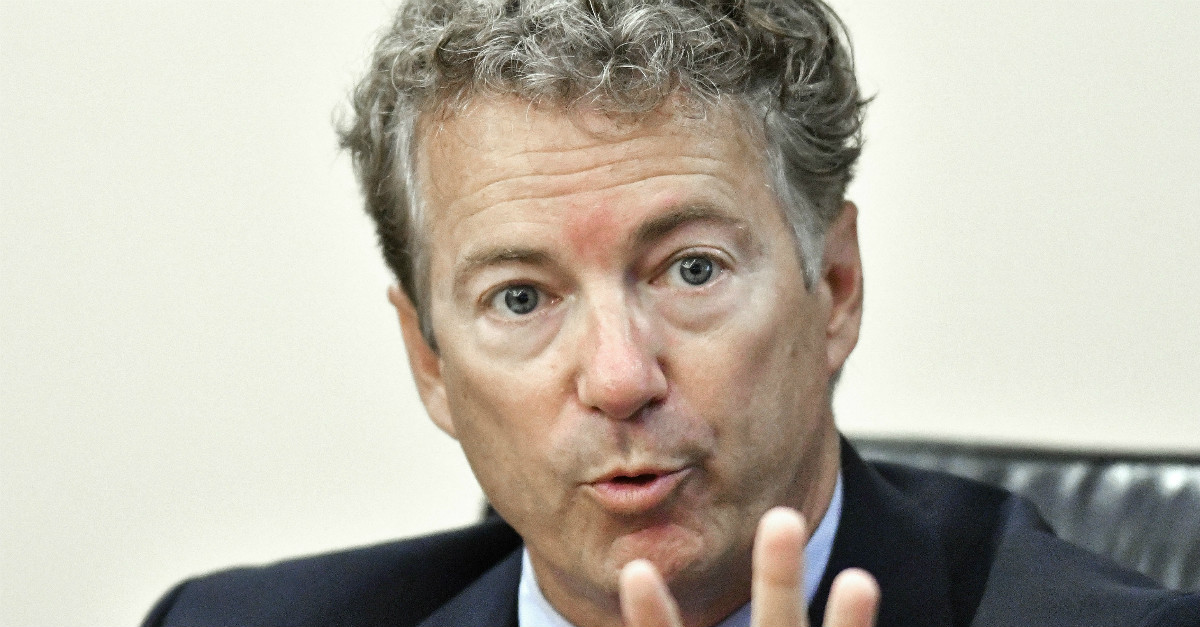 In an op-ed at Breitbart Monday night, Sen. Rand Paul blasted the government spending deal, saying that if Hillary Clinton had been elected president it was the kind of budget she would have sought.

“Looking at all the smiling faces on the other side of the aisle, I have to ask: are Democrats still the minority party?” Paul wrote. “You would be tempted to think the $1 trillion government funding deal is like Christmas morning for them, as Republicans have handed them free media to brag about how much of the President?s agenda they have stopped.”

“You?ll see it in the news as an ‘Omnibus spending bill,’ when it should really be called ?the Status Quo Protection Act,? Paul added.

“President Hillary Clinton would have been proud of this bill,” the senator lamented.

Paul has been a constant critic of wasteful budgeting and has never hesitated to take aim at his own party for behaving, in his view, like the Democrats.

In the op-ed, Paul criticizes the Republican-led Congress for ignoring campaign promises about fiscal responsibility while continuing to fund the military industrial complex and welfare state. The senator also noted that the budget not only ignores President Trump’s calls to cut some federal agencies, but actually increases spending for those departments.

Sen. Paul also said the current deal could leave a $500 billion deficit. In January, Paul criticized a Republican budget plan that would have added almost $10 trillion to the national debt and offered his own alternative plan.

Paul reminded his colleagues in his Breitbart op-ed, “Earlier this year, I introduced a budget that repealed Obamacare, froze all on-budget spending without making changes to Social Security, gave agencies time to prepare for new spending levels, and contained zero specific cuts to any government function so we could work together to prioritize spending. It did all this while actually balancing.”

“Instead of legislating from crisis to crisis, Republicans should use fiscal deadlines to articulate the principles that supposedly set us apart ? to boldly defend the conservative philosophy that fueled the country?s growth and can lead it into a new era of prosperity,” Paul wrote. “Yet, for too long, Republican majorities have backed down from those debates.”

In February Paul released his annual “Waste Report” that targets needless government spending. The senator has offered balanced budget plans every year he has been in the senate.

?Kick the can’ is a great kids game but a poor way to run a government,” Paul wrote.