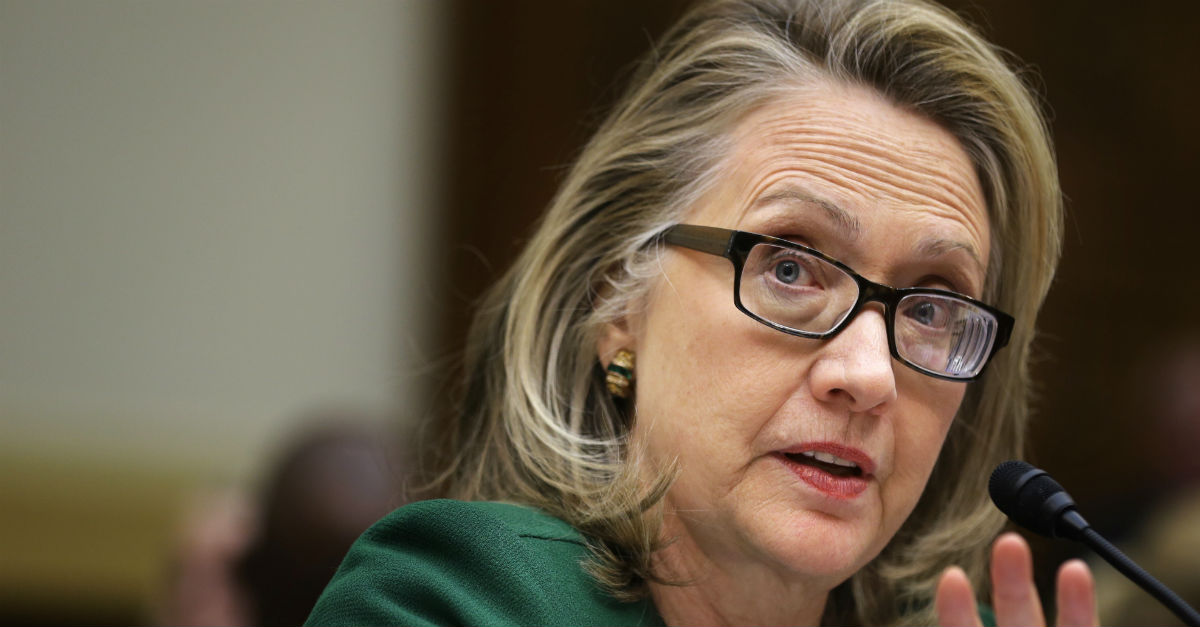 A bumper sticker used to pop up, especially when Democratic Senator Ted Kennedy was considering yet another run for the White House, which read, “Ted Kennedy’s car has killed more people than my gun.”

As Hillary Clinton heads to Congress to testify about the Benghazi fiasco and her role in it, I can imagine a bumper sticker emerging that reads, “Hillary’s State Department is responsible for more deaths than my gun.”

The Kennedy bumper sticker was a stark reminder that in July of 1969, 28-year-old Mary Jo Kopechne left a party on Chappaquiddick Island, near Martha’s Vineyard in Massachusetts, with Teddy at about 11:15 p.m. Kennedy later claimed he was driving her to the ferry, but she left her purse and hotel key at the party.

En route, Kennedy turned off the main road and soon thereafter drove off a bridge. His car landed in Poucha Pond and began to sink. Kennedy escaped but left Mary Jo in the car. After allegedly attempting to help her, he went back to his hotel room and failed to report the incident until the next morning—10 hours after the fact. Mary Jo died in the accident.

Kennedy concocted a story that exonerated him; indeed, he tried to make himself look courageous for trying to save Mary Jo. No one believed him.

But the well-oiled Kennedy machine stepped in and got Teddy off with a plea bargain for leaving the scene of an accident. He received a two-month suspended sentence.

The bumper sticker slogan helped remind the public that Kennedy, a gun-control advocate, had a reckless and irresponsible past.

A Hillary bumper sticker might have a similar impact.

She, too, has come out forcefully for stricter gun laws, even arguing the issue with democratic socialist Senator Bernie Sanders at the first Democratic presidential debate.

Sanders correctly pointed out that rural states, like his home of Vermont, would fight any significant new gun restrictions. Hillary would hear none of it.

You know you’re in a different dimension when Bernie Sanders sounds like the reasonable one.

But even as Hillary wants to make gun owners more “accountable,” she, like Ted Kennedy, has escaped any accountability for her role in the Benghazi tragedy that left four Americans dead.

She, too, tried to shuck responsibility and get the public to believe a concocted story—blaming a video for the attack on a U.S. facility. Virtually no one believed her and eventually the evidence proved her account was false.

Yes, there have been reports and investigations of the incident, but many questions—the most important ones—have never been answered satisfactorily. And she and the well-oiled Clinton machine have no intention of bringing all of the facts to light.

Chappaquiddick killed (so to speak) Ted Kennedy’s dream of sitting in the Oval Office and imposing his leftist policies on the country. Benghazi may have a similar impact on Hillary’s career.

My gun still has never killed anyone. Can Hillary say the same about her State Department?