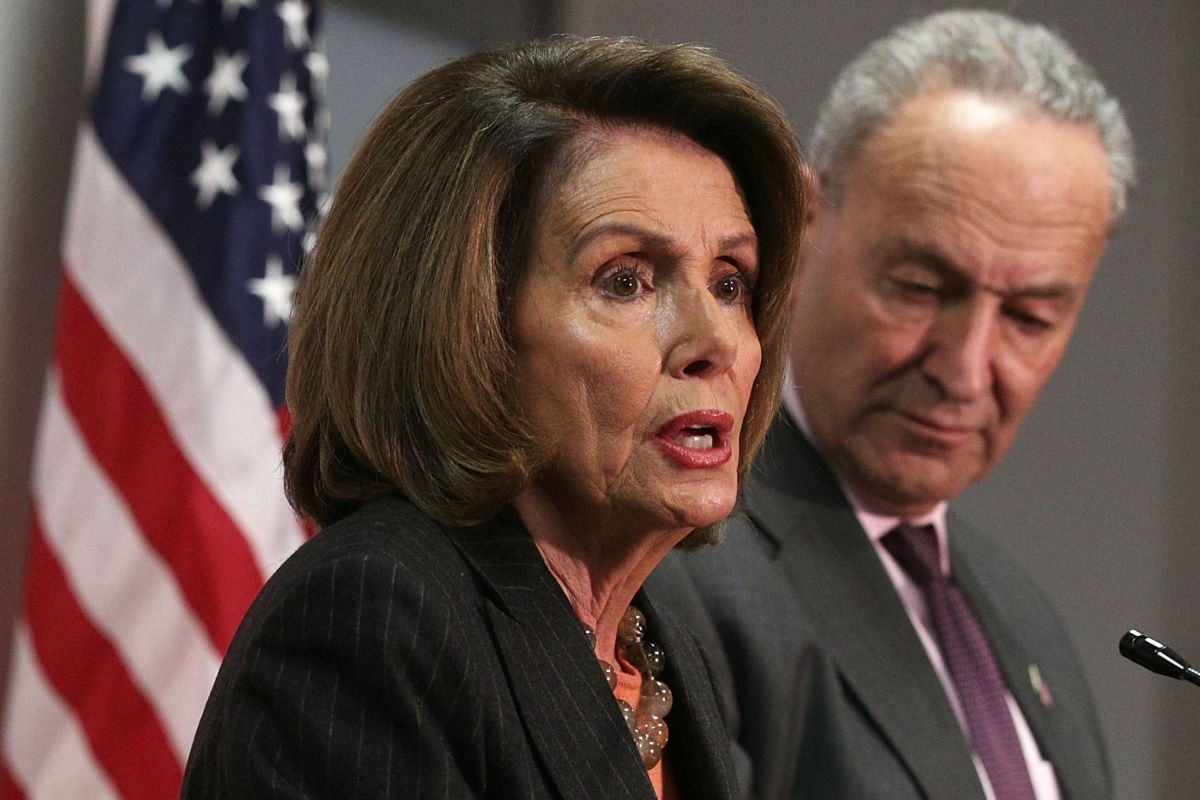 Nancy Pelosi is the newest political punching bag for pundits, commentators and bloggers eager to criticize her for pushing back on the sexual harassment allegations against Congressman John Conyers (D-Mich.). And the attacks against her have now seeped into the political sphere; while speaking to reporters on Wednesday, Rep. Kathleen Rice (D-N.Y.) put her opinions bluntly, saying “I think that her comments on Sunday set women back and, quite frankly, our party back decades.”

Rice is currently pushing for legislation that would shed some light on the reported taxpayer-funded settlements that congressional offices make to staffers raising sexual harassment claims. The New York lawmaker, who has been in the lower chamber since 2015, told Politico “I think that we ceded the moral high ground on Sunday when our leader said on ?Meet the Press? that John Conyers was an icon and we don?t even know who these women are, when she was fully aware that the woman in question was bound by a nondisclosure agreement.” She added “we had an opportunity to stake that moral high ground when you have a president who is supporting a man for Senate who, all credible allegations that have not been refuted, showed him to be a predator of teenage girls.?

On Sunday, Pelosi appeared on “Meet the Press.” When asked about Conyers, she said “there needs to be due process” and added “John Conyers is an icon in our county.”

After her out-of-bounds response, Pelosi’s office tried to do some damage control on Monday with a three-paragraph statement. Unfortunately for the Democratic leader, that wasn’t enough to feed the wolves, The Daily Beast’s op-ed page declared “in choosing damage control over a sincere apology, she somehow found a way to make [the situation] even worse.” At CNN, Chris Cillizza called Pelosi’s response “catastrophically bad” and Rare’s Barbara Boland called it “blatant tribalism and hypocrisy.”

Even more interestingly, Rice was in a meeting with her fellow Democratic lawmakers on Wednesday morning when she walked out. In the hallway, she told reporters “I don’t have time for meetings that aren’t real.” One source told Politico that Rice left the meeting following Pelosi’s remarks on the issue of sexual harassment.

This isn’t the first time that Democrats have turned on the woman who has helped lead them for decades — following the midterm elections in 2014, a number of her colleagues were critical of her and the message of their party. A year ago, Democrats voted to reinstate Pelosi as leader, but several of them voted against her and Rice was one of those turning away from the 77-year-old congresswoman. Tim Ryan of Ohio hoped to topple Pelosi from her throne and when he was unsuccessful some Republicans celebrated Pelosi’s reelection as a victory for the GOP.