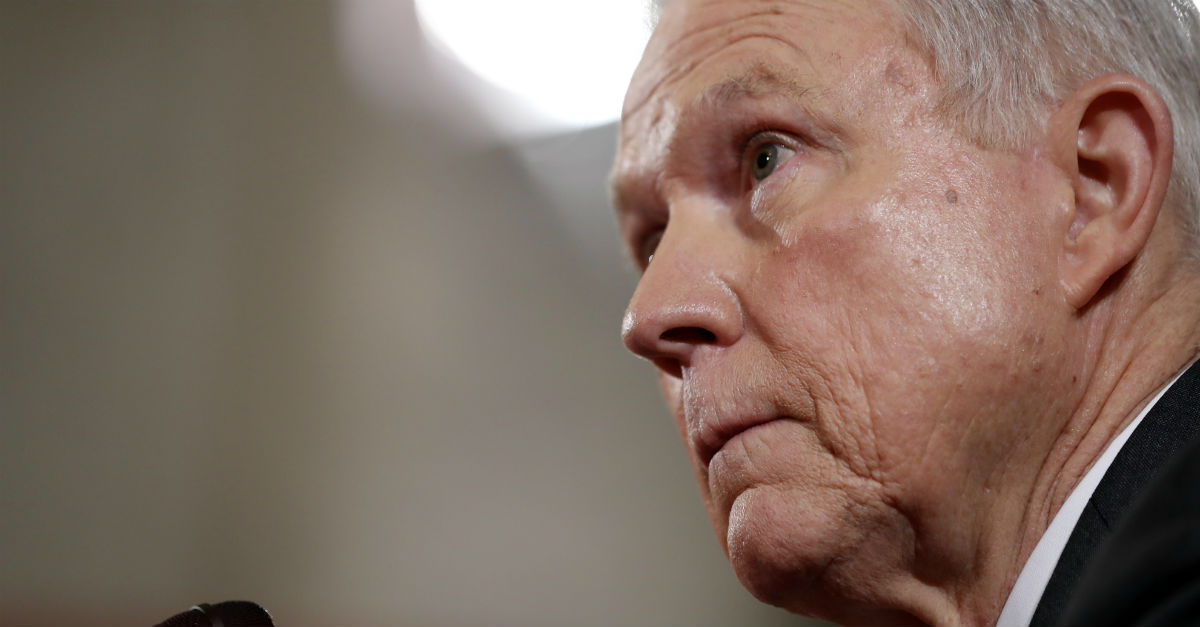 Donald Trump might be the worst Manchurian candidate in history.

Trump, long the subject of flattery in the Russian press, and whose election clinked champagne glasses across Moscow, has as president continued Barack Obama’s policy of deploying troops to Eastern Europe and made it unambiguously clear that he expects Moscow to cede Crimea back to Ukraine. Not exactly what the oligarchs were hoping for. Jilted, crestfallen, Moscow media has since eased off its hosanna coverage of Trump, with one Russian commentator calling his country’s recent relations with America “a game of ‘He loves me, he loves me not.'”

Still, hysterical pundits here in the United States aren’t about to relinquish their “the Russkies did it” narrative, into which they’ve invested gallons of denial over their own culpability in Trump’s ascent. The climate in Washington right now is still humid with red scare. The FBI investigation into the Trump campaign’s links to Russian intelligence is ongoing and thus far inconclusive. There’s no evidence whatsoever of subterfuge here, which begs the question: Why do Trump’s officials keep covering up their communications with Russian agents?

These aren’t incognito KGB officials surreptitiously slipping truth serum into American patsies’ drinks; they’re mostly one man, Sergey Kislyak, who is known to be on the payroll of the Russian government inasmuch as he’s its ambassador to the United States. Kislyak inadvertently took down Michael Flynn, Trump’s fleeting national security advisor, after it was revealed that he and Flynn had discussed American sanctions on Russia, contradicting Flynn’s assurances that they hadn’t done so. Now Kislyak is at the center of another firestorm, this one over Trump’s attorney general Jeff Sessions.

According to the Washington Post, Sessions last year conferred twice with Kislyak, once in a phone conversation and once following an event at the Heritage Foundation in Washington. Yet Sessions claimed under oath during his confirmation hearing, “I have been called a surrogate at a time or two in that campaign and I did not have communications with the Russians.?

Team Sessions later claimed their man had been entirely forthcoming, since his interactions with Kislyak were done in his capacity as a senator on the Armed Services Committee and not as a campaign surrogate. If true, it’s still a bit too cute ? men of the law are supposed to be more thorough than this. And then cue 20 of Sessions’ 25 colleagues on Armed Services denying that they’d ever spoken with Kislyak. According to Senator Claire McCaskill, the names of the committees speak for themselves:

I've been on the Armed Services Com for 10 years.No call or meeting w/Russian ambassador. Ever. Ambassadors call members of Foreign Rel Com.

Oof. So here we are, with another Trump confidante frozen in the floodlight, nabbed for dissembling over his communications with an adversarial power. And the rub of all this is, even if Sessions was interacting with Kislyak as a Trump surrogate, that’s not in itself sinister or even unusual. It makes perfect sense that another country, adversely affected by American policy, would want to ingratiate itself to a presidential campaign that had signaled it might pursue better relations, and that the campaign would respond accordingly. This is Washington we’re talking about, where access is almost as lucrative a commodity as money. Next it’ll surface that I had a drink with Kislyak five years ago and unwittingly provided him with sensitive information about my student loan debt and the angst of the mid-20s city dating scene.

The question is, if nothing damaging was said during Flynn’s and Sessions’ chitchats with Kislyak, then why did they both fail to account for it? Memory loss can’t explain this away. Both are savvy enough to understand that more disclosure is better than less, and yet both were insufficiently meticulous in accounting for their activities with a high-profile man of Moscow, feeding the gossip machine and humiliating their boss. It was the cover-up, not the crime, that destroyed another presidency, too. The special investigation many are demanding into Trump’s ties with Russia seems to me redundant with the FBI probe, but every time something like this happens, it gives the Democrats more ammunition.

It may be that, as a consequence of his severe oversight, the anti-marijuana, pro-civil asset forfeiture Jeff Sessions will have to step down. I’ll just let you decide how you feel about that.