Menu
Follow us
Search
Menu
Search
Russian President Vladimir Putin listens during a meeting in the Novo-Ogaryovo residence, outside Moscow, Russia, Monday, Jan. 30, 2017. The spokesman for Vladimir Putin says a meeting between the Russian president and U.S. President Donald Trump is in the works. (Alexei Nikolsky/Pool Photo via AP)

Russian President Vladimir Putin is a lot of things, but a beggar isn’t one of them.

The former KGB officer acts in a supremely confident manner when the cameras are around, slouching in his seat when meeting with foreign dignitaries as though he has far more important things to do, and the like. If Putin makes a concession, it’s because he received something equally significant in return or has a master plan up his sleeve nobody else knows about.

Putin desperately wants Russia to reclaim its former Soviet glory, when Moscow was a global power on par with the United States. His country, of course, is a long way away from that. Though its influence has increased in the Middle East in the last three years and its special forces, intelligence and information operations have made enormous strides, Russia is still somewhere between a regional and a global power. Its economy is anemic and suffering from a combination of low crude oil prices and Western financial sanctions (the World Bank recorded a steady decline in Russia’s GDP, from $2.231 trillion in 2013 to $1.283 trillion last year), the average lifespan of a Russian male is only 65 years and Russians register lower on the quality-of-life index than the average European country.

Putin knows deep down the Russian Federation is struggling — even if he would never admit that openly. Indeed, this may be one reason he dispatched his diplomats to Washington earlier this year with a proposal to turn the page on U.S.-Russia relations. “The proposal…called for the wholesale restoration of diplomatic, military and intelligence channels severed between the two countries,” as Buzzfeed’s John Hudson reported, along with an immediate restoration of the now-dormant Obama-era working groups. Putin’s offer was an attempt at a fresh start and a sharp deviation from the mutual finger-pointing, consulate shutdowns and not-so-diplomatic recriminations that have poisoned Russia’s relationship with the U.S. since 2013.

Obviously, the plan wasn’t embraced by the White House. While President Trump would certainly like a more productive and friendly relationship with the Russians, the strategic irritants between Washington and Moscow are so great at the moment that having a regular series of meetings probably wouldn’t do much good. Undersecretary of State Thomas Shannon has been talking with his Russian colleague for months in an attempt to remove some of the more minor issues, but even that has proven difficult.

RARE POV: Reagan’s greatest fear was nuclear war –does Trump even think about what a nightmare it would be?

Even if the Trump Administration is interested in a rapprochement with the Russians, it’s not the right time politically to take them up on the offer. An American politician’s credibility would be ruined if he or she dared to endorse a reconciliation with Moscow in today’s Washington; playing patty cake with Moscow a little over a year from the 2018 midterm elections, while investigations into Russia’s role in the 2016 presidential election simmers, is about as smart as staring at the eclipse without NASA-approved sunglasses.

The fact that Putin extended an olive branch to the White House last spring, however, is at least a small indication that the former KGB man may be coming to grips with the reality of his country: estranged from the West, holding on to Ukraine with bloody fingernails and at tremendous financial cost and unable to maintain a healthy or diversified economy as long as the United States and European Union keep in place Ukraine-related sanctions.

Let Putin come back with a better offer. Then Trump may have some space to seriously consider it. 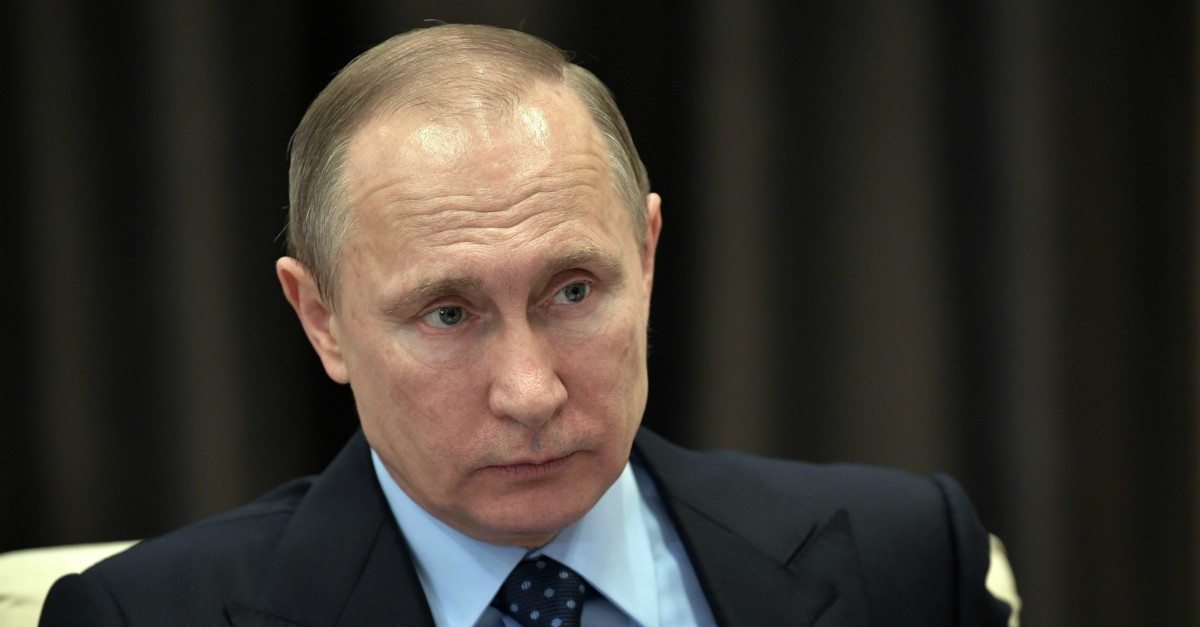