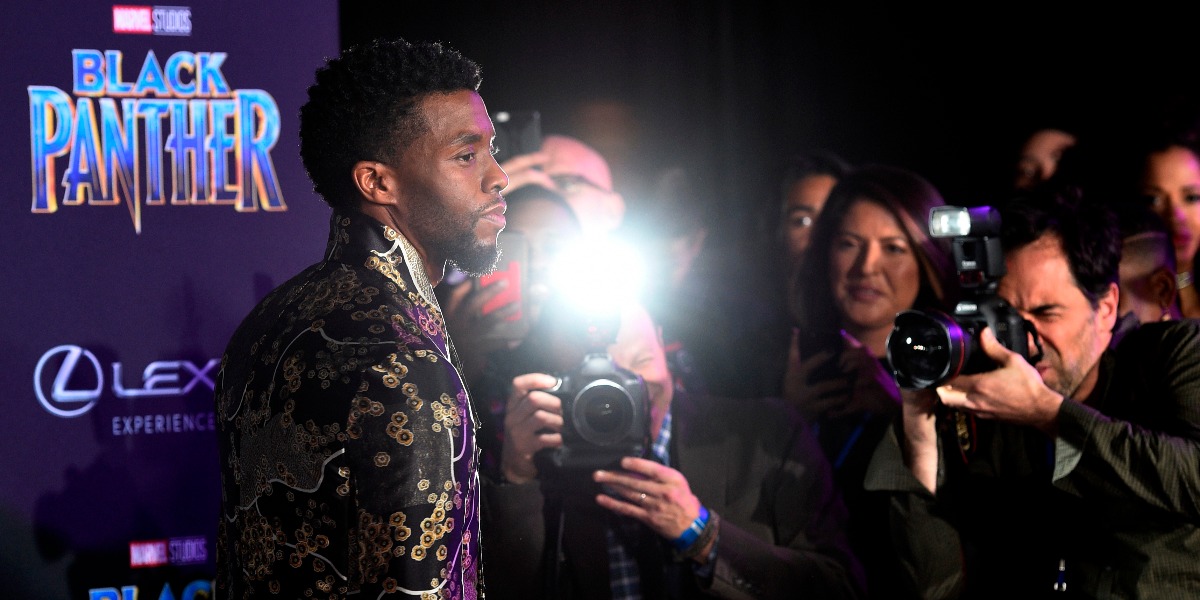 I wasn?t excited when Marvel?s ?Black Panther? was announced, frankly, because I?m burnt out on superheroes. ?Black Panther? arrives after 17 other movies in the Marvel pantheon, and I can only take so many iterations of the same plot. ?Oh no! Giant, other-worldly monsters are smashing up a city. Good thing we have a gazillion wisecracking guys in magic suits to fight them!? Yawn.

But my husband and friends wanted to see it, so I tagged along. I?m glad I did. ?Black Panther? is a superhero flick, yes, but that?s not all it is. I?ll leave it to others more qualified than me to explain the movie?s import for culture, aesthetics, representation, equality, and so much more?why black viewers have found it, as one said, ?unapologetically African and a pure joy.?

What I want talk about is what ?Black Panther? has to say about foreign policy. There will be spoilers, so proceed at your own risk.

The central conflicts of the movie are personal, but they?re also political (though maybe not the way you?ve heard). The main character, T?Challa/Black Panther (Chadwick Boseman), is the newly crowned king of Wakanda, a small African nation that has spent centuries hiding its immense wealth and technological prowess from the world. Wakanda sits atop the globe?s sole supply of vibranium, a metal Wakandans use for power, weapons, medical technology, the Black Panther suit, sky scraper construction?it?s a MacGuffin, but go with it.

Because they have this hoard of vibranium, plus good land and water, Wakandans have spent centuries as strict isolationists. They don?t trade with other nations. They don?t go to war. They use their technology to hide in plain sight, making outsiders believe Wakanda is an undeveloped, impoverished country with no natural resources worth taking. While the surrounding world is plagued by slavery, colonialism, and cruelty, Wakandans live free and well in their isolated realm.

In the first act of the movie, we learn modern Wakandans disagree about the merits of maintaining this isolation, as well as what should be done instead. W?Kabi (Daniel Kaluuya), T?Challa?s friend and adviser, and Erik “Killmonger” Stevens (Michael B. Jordan), the antagonist, want to use Wakanda?s vibranium weapons to upend the world order. Their aim is similar, but their motivations are different.

W?Kabi is a traditionalist and nationalist. He wants to keep Wakanda for Wakandans only, warning T?Challa early on against accepting outsiders, even refugees. W?Kabi sees suffering in the world, and his strategy is to fight bad people over there so he doesn?t have to fight them (or care for their victims) in Wakanda.

Killmonger, though Wakandan, was raised in America. He too wants to send Wakandan weapons around the globe, but his primary goal is not to protect Wakanda, like W?Kabi wants. His goal is to inflict misery on the powerful, to enable the oppressed to mete revolutionary pain on their oppressors. Both W?Kabi and Killmonger believe active violence is the solution to systemic violence, but Killmonger?s boiling anger at historical injustice to black and brown people makes him want to personally participate in chaos and even conquest with an enthusiasm W?Kabi lacks.

Then there?s Nakia (Lupita Nyong’o), T?Challa?s love interest. If we?re identifying analogs in American politics, she?s the liberal internationalist to W?Kabi?s alt-righter and Killmonger?s neoconservative. (This comparison is inevitably inexact, but based on some lines spoken by W’Kabi in particular, I think it’s a comparison the film wants to make.)

Nakia too wants Wakanda to use its military might beyond its borders, but not (like W?Kabi) to protect Wakanda?s unique way of life or (like Killmonger) for world domination. Nakia wants to help people in need. When we first meet her, she?s on a mission to rescue victims of human trafficking, and she urges T?Challa to make Wakanda a global force for good by conducting wars of humanitarian intervention.

Through the bulk of ?Black Panther,? T?Challa is finding his footing as a new king, weighing the competing advice he receives on how to rule and what Wakanda?s role in the world should be. By the end of the film, however, he makes a choice to chart a new course of his own.

T?Challa?s policy could be fairly labeled non-interventionism. He decides to use Wakanda?s wealth, technology, and power to help people dealing with oppression and poverty, but not by violence. Instead of exporting weapons to engineer regime change or sending the Wakandan military out to impose order by force, T?Challa opts for peaceful engagement. He buys buildings in Oakland, California, to begin the first of many Wakandan cultural outposts, choosing to help other nations with generosity, friendship, and exchange rather than war.

T?Challa builds on the best parts of W?Kabi?s love of home, Killmonger?s righteous anger, and Nakia?s compassion to make Wakanda lead the world by example, not aggression. Washington would do well to take note.