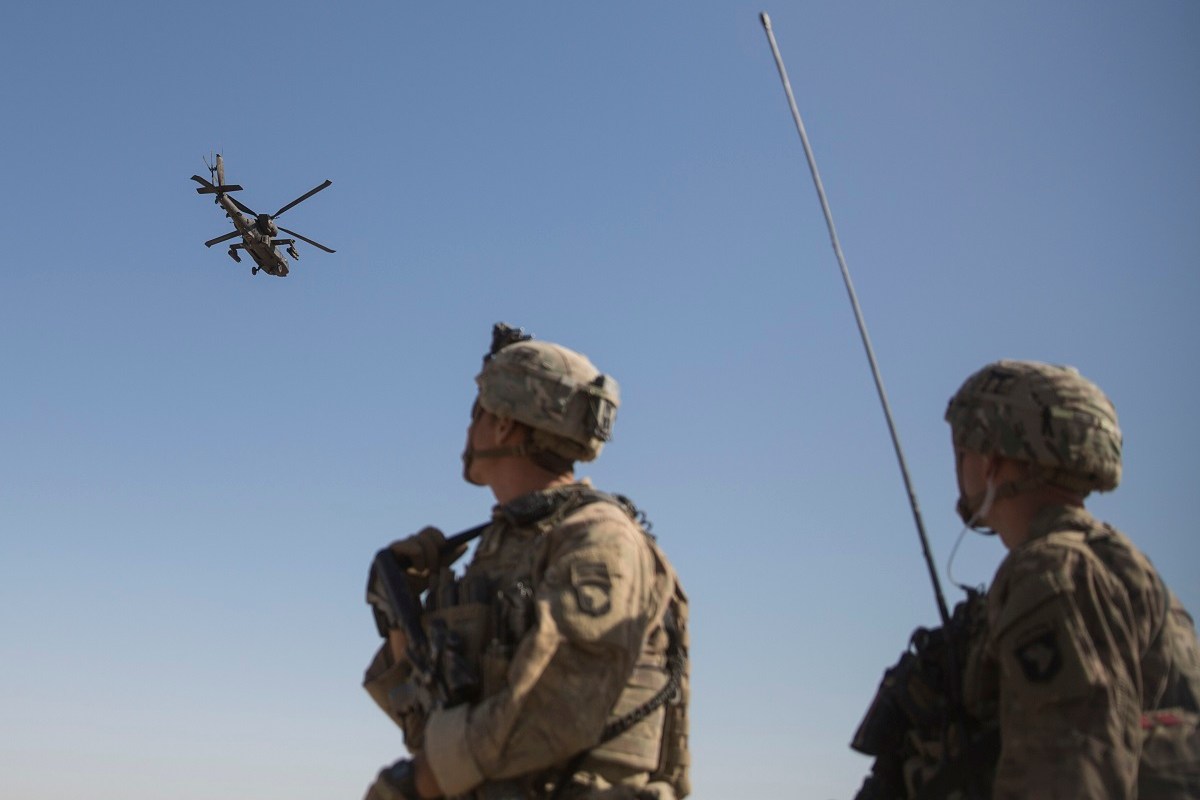 The United States has been at war in Afghanistan for 6,000 days as of this Monday. The conflict is our country?s longest and, just shy of 16 years after then-Defense Secretary Donald Rumsfeld declared victory accomplished in April of 2002, perhaps its most absurd.

What was presented to the American people as a quick, surgical strike against the perpetrators of the 9/11 attacks has long since declined into what may be charitably termed a stalemate. For a price including tens of thousands of American and Afghan lives and trillions in borrowed dollars, our government has bought itself the impossible task of imposing stability on Afghanistan by force.

It is a task Washington increasingly chooses to misrepresent or outright ignore. At a Senate hearing on national security topics last week, for example, Afghanistan was mentioned a mere four times. All four references appeared in prepared remarks from witnesses; not a single senator had a comment or a question on the matter.

Such silence is hardly atypical: During the three general election debates between President Trump and his then-rival, Hillary Clinton, the war was addressed just once in service to a point by Clinton about the actions of U.S. allies in 2001. Though the candidates certainly talked about Afghanistan elsewhere, the omission was bizarre and telling in a contest for the role of commander-in-chief.

When politicians do discuss the war in Afghanistan, they often do the public little service. Consider, for instance, Vice President Mike Pence?s speech when he visited Bagram Air Base late last year. In Pence?s telling, the Trump administration?s decision to escalate in Afghanistan has been a resounding success. ?[T]he American people deserve to know that with the courage of everyone gathered here, we?re making real progress,? Pence said, claiming to have ?put the Taliban on the defensive? and ?won new victories against the terrorists, no matter what they call themselves or where they try to hide.?

As his military audience must have realized, Pence?s triumphant message was deeply misleading. The Taliban has been resurgent in recent years, now controlling or substantially influencing more than 40 percent of Afghanistan?s districts. (By some estimates, Taliban control is as high as 90 percent in the less populous rural areas.) The Defense Department?s inspector general reported ?no significant progress? on expanding the Afghan government?s territorial control in 2017.

RELATED: The Senate passed a $1.3 trillion, 2,232-page Omnibus while you slept. Did anyone bother to read it besides Rand Paul?

While the Taliban regains ground, U.S. forces in Afghanistan are busy exporting the futile war on drugs and fighting Chinese separatists. Nation-building efforts, hampered by cultural illiteracy and dogged by waste, have had produced remarkably little progress though Washington had by the summer of 2014 spent more money in Afghanistan than was spent on the Marshall Plan. Hundreds of thousands of Afghans remain displaced from their homes as their country continues to rank near the bottom of global scales for basic civic functionality. The human cost of Afghanistan?s chaos is enormous.

And the security situation is expected to further decline in 2018, even as the number of U.S. boots on the ground in Afghanistan ?will increase dramatically,? as Gen. John Nicholson, the commander of U.S. forces in the country, said in December. At the start of this year, there were already about 15,300 American troops in Afghanistan, plus 28,600 U.S. contractors. Whatever this ?dramatic? increase ultimately entails, recent history has made it indisputable that a fifth troop surge contains no promise of success. As Secretary of Defense James Mattis acknowledged Tuesday, any victory the U.S. achieves in Afghanistan will not be a ?military victory? but a ?political reconciliation? in which the Taliban and Kabul come to terms. Wanting military escalation to be the route to peace (or even basic stability) in Afghanistan will not make it so.

That sort of wishful thinking is at the heart of U.S. foreign policy failures in Afghanistan and beyond. While critics of our many military interventions often (rightly) highlight failures of execution?like comically appalling waste or the Pentagon?s recently re-demonstrated inability to provide an informative and mathematically coherent accounting of its actions?the prime issue is not execution but concept.

It is the utterly false assumption that the United States can use her military might to manage the world, blasting away foreign political, religious, and cultural conflict with American firepower. It is a fundamental misunderstanding of the capability and nature of defense, an incapacity ?to distinguish what the U.S. military can do, what it cannot do, what it need not do, and what it should not do.? It is the acceptance of permanent, generational war as a project so mundane Congress will fund it endlessly without bothering to examine its value or even its purpose 6,000 days on.

?At some point, are they going to be there for the next 200 years?? President Trump once asked about U.S. troops fighting the war in Afghanistan. It?s a question Washington, including Trump’s own administration, is studiously refusing to answer.