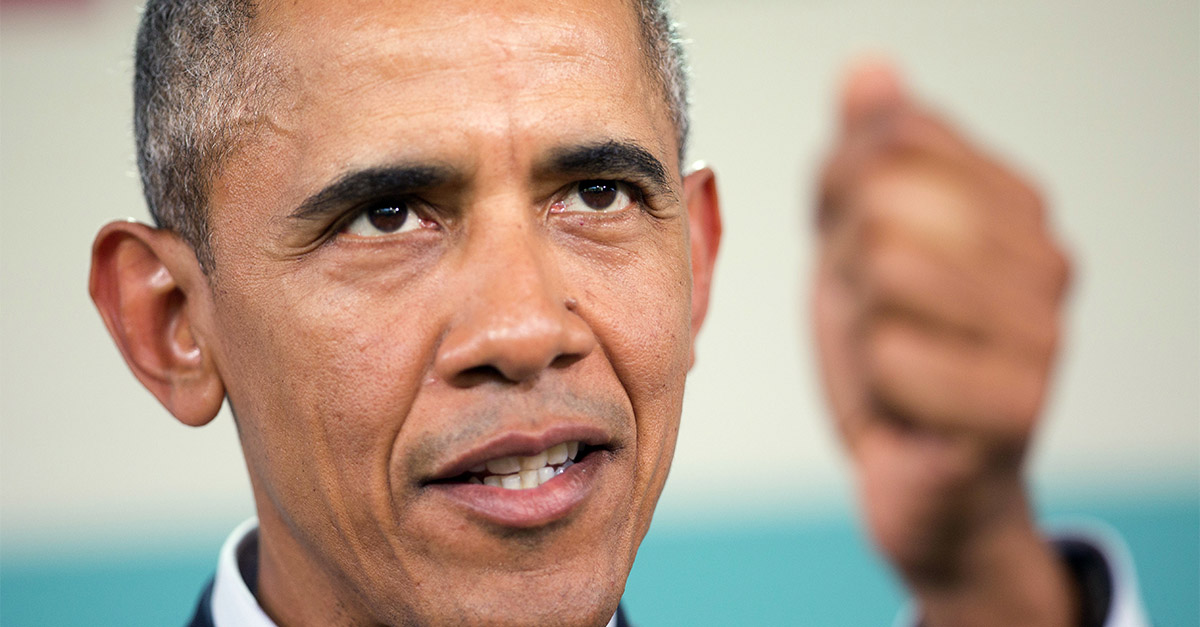 The U.S. Supreme Court recently ended its 2015-16 session, and the news for President Obama is not good. The “constitutional scholar” residing in the Oval Office lost more unanimous Supreme Court decisions than any president in recent history.

That’s quite a record, given that the Court’s four liberal justices have bent themselves, and the U.S. Constitution, over backwards to support nearly all of Obama’s power grabs.

Ilya Shapiro, a constitutional scholar with the Cato Institute and editor-in-chief of its “Supreme Court Review,” has been tracking the number of unanimous decisions against the Obama administration.

Obama has bested both of their records by nearly 50 percent: 44 unanimous losses.

I know Obama wants a legacy, but I’m not sure having the most Supreme Court smackdowns is what he was hoping for.

RELATED: Has Obama finally decided to start being honest about America’s wars?

My favorite 9-0 decision was National Labor Relations Board v. Noel Canning, in part because both a panel of the D.C. Circuit Court of Appeals, the second most powerful court in the country, and the Supreme Court unanimously rejected Obama’s argument. A double whammy.

In that case, the president wanted to appoint three new members to the National Labor Relations Board (NLRB) and Richard Cordray to head the newly created Consumer Financial Protection Bureau (CFPB). But the U.S. Senate, which constitutionally must approve such appointments, wasn’t cooperating.

The Constitution empowers the president to make appointments when the Senate is in recess — a power that has been used more creatively and aggressively as time has passed. In consequence, the Senate has been more creative in its efforts to avoid going into recess.

As the Christmas holidays arrived in 2011, the House of Representatives did not assent to go into recess, which meant both the House and Senate remained in “pro-forma” session, keeping Obama from making recess appointments — or at least, that’s the way it had always worked.

But in January 2012, Obama took it upon himself to make the appointments anyway. The new left-leaning NLRB members took their seats and quickly began to hammer employers.

Noel Canning, a Pepsi distributor affected by the NLRB’s actions, filed suit claiming the board’s decisions were unlawful because Obama had no authority to appoint the three people needed for the Board to have a quorum. Noel Canning won.

It’s hard to overstate Obama’s chutzpah in making those recess appointments. So audacious was his move that, given the Court’s ideological divide, all four of the liberals sided against him and agreed that he overstepped.

Of course, not all of the unanimous decisions against Obama — or Clinton or Bush, for that matter — had major constitutional implications. And many of the most important cases were closely divided, such as NFIB v. Sebelius, in which a 5-4 majority allowed the government to mandate people have health insurance.

But the reason Obama was hit with so many more unanimous decisions was because he went rogue early on, asking his staff to look for novel theories that would allow him to move forward with implementing his agenda. And if that meant twisting the Constitution — and basic logic — to get it, so what?

If others didn’t like it and decided to seek legal remedy, the president knew he had a chance of slow-walking the process through the courts for months or even years. Hence his taunt to Republicans: “So sue me.”

And if he got a unanimous Supreme Court smackdown for his efforts, as he has 44 times, he would simply say that he disagreed and go to his next rally where hundreds of people, also tired of being constrained by the Constitution, would cheer him on.

Fortunately, after January of next year, he won’t be able to do that anymore.