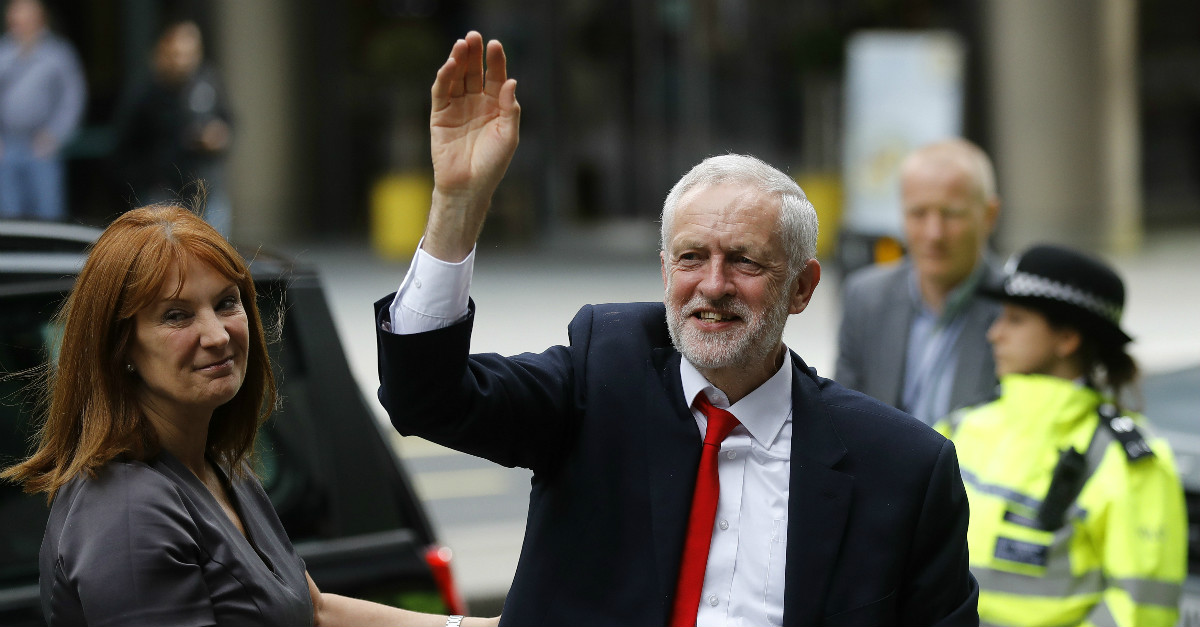 Bill Wirtz and Dan DePetris already covered the results of the British election for Rare this morning. In the fresh light of day, I’d like to add just a couple observations to what they’ve already said.

The reason Prime Minister Theresa May lost, with devastating implications for Brexit and British Conservatism, is, to quote shamelessly from a piece I wrote for the National Interest last night:

May ran the sort of algorithmic campaign that flashed back to Mitt Romney in 2012. Political consultants love this sort of candidacy, because they get to program the empty-suit politician with their focus-grouped banalities and trite slogans, while avoiding the ideological sudden moves that make them nervous.

According to this way of thinking, conservatives win not by espousing any sort of conviction but by pummeling the other guy and presenting themselves as nebulous yet acceptable alternatives. That Barack Obama prevailed should have discredited this school; that Jeremy Corbyn triumphed should destroy it once and for all. Voters tend to be very good at detecting when they?re being played, and that impression was pungent from every rotten corner of May?s campaign. …Last night, it was Corbyn versus the consultants and the side with a soul won out.

RELATED: Theresa May?s terrible gamble blew up in her face

Since it became obvious that May’s Tories were going to lose seats after months of ballyhoo over their impending landslide, many pundits have proclaimed that European populism is back. The campaign ran by tub-thumping left-wing radical Jeremy Corbyn, who netted an additional 31 seats for the Labour Party last night, shows that the rage against the machine hasn’t died down, despite elections earlier this year in France and the Netherlands where populist parties were fended off.

There may be something to that, but it’s a bit too broad a conclusion for my tastes. Corbyn didn’t run as a clenched-fist populist or a bullhorn Bolshevik; he ran as a fairly typical Labour politician who promised to reverse Conservative spending cuts and implement more social welfare programs. It was a “giveaway campaign,” as critics termed it, and it worked because the English north, where the Tories were hoping to pick up seats, is economically straddled and receptive to such promises. Contra May, this election wasn’t all about Brexit. Kitchen table issues mattered as they usually do.

Corbyn’s win wasn’t a victory for populism over elites; it was a triumph of optimistic, substantive, local-level campaigning over the bloodless platitudes of the consulting class that hijacked May’s message. It was a testament to a politics that embraces something larger than itself, articulates its ideas, and is candid with voters. May might have pulled this off by embracing her awkwardness and espousing a platform that was proudly conservative; instead, she programmed herself to say what she thought voters wanted to hear, and they eventually smelled the skunk.

RELATED: Theresa May now needs to deliver on Brexit or leave

Particularly damaging was May’s refusal to participate in a candidates debate, which left her seeming contemptuous of the voters she was supposed to be winning over. What’s the lesson here? It’s that you can stand for tighter immigration laws or better relations with Europe or the creation of a special task force to hunt the Illuminati, but you have to stand for something. Without some affirmative substance they can grab onto, the public will abandon you and look elsewhere.

So now, we have a freshly empowered Jeremy Corbyn. He’s a man with a few good ideas and many bad ones, all of which he was able to peddle with real human appeal. As Sam Kriss writes in a brilliant Vice piece this morning, “The gleeful anti-Corbyn Cassandras were wrong ? deafeningly, magnificently wrong ? because they thought that politics was first of all about numbers, rather than people: a dead Newtonian science, the calculation of inert bodies.” The economization of our elections into competing data sets has thus been repudiated again. This election is devastating for Brexit, for the UK — but the silver lining is that the consultants got what was coming to them.