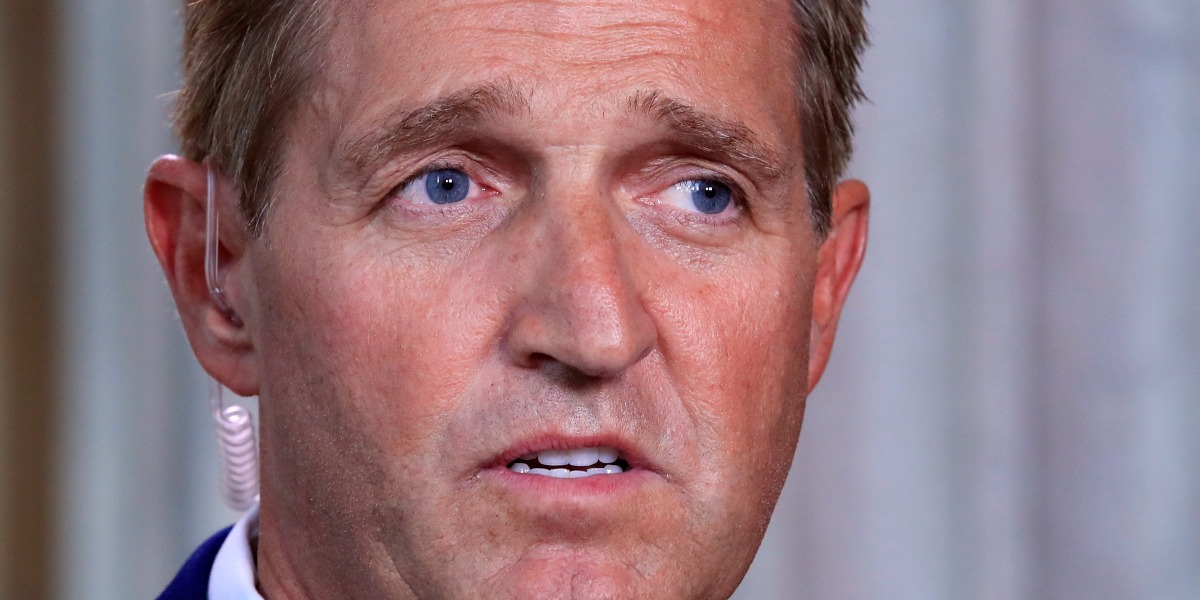 Jeff Flake, the junior senator from Arizona, will be searching for a new line of work when his first term ends in January 2019. On Tuesday, after announcing his decision not to run for re-election in 2018 and delivering perhaps the most historic speech he has ever given in his political career about what drove him to quit the game, the Republican lawmaker drew enthusiastic applause from his colleagues. It?s not every day that a speech in the normally stoic and unemotional Senate chamber elicits that kind of reaction.

While it would be easy to write off Flake?s retirement as the decision of a desperate politician who likely wouldn?t have won re-election next year anyway (JMT Analytics had Flake trailing his primary challenger Kelli Ward by 26 points), it genuinely didn?t seem that his electoral future played much of a role. What did play a role, rather, was President Donald Trump, the brash blowhard of a Commander-in-Chief and technical leader of the Republican Party who has shown every week that he will do and say anything to portray himself as a winner.

This is not the Republican Party Jeff Flake signed up for. His party was built on free trade, individualism, respect for checks and balances, free speech, personal liberty and support for immigration. It was a party based on the values of decency, respect for the individual and civility. Those values have gone out the window in the Trump era. As Flake told the Arizona Republic before his address on the Senate floor, ?[T]here may not be a place for a Republican like me in the current Republican climate or the current Republican Party.?

His address was even more matter-of-fact. Although Flake didn?t mention Donald Trump by name, the sober senators listening to his remarks knew exactly who he was talking about. ?In this century, a new phrase has entered the language to describe the accommodation of a new and undesirable order ? that phrase being ‘the new normal,? Flake said. ?But we must never adjust to the present coarseness of our national dialogue ? with the tone set at the top.?

Flake is known for being many things to many people: a fiscal hawk, an opponent of earmarks, a cutter of government waste, a common-sense pragmatist on immigration. But the one issue where he will be most missed is on war and the legislative branch?s constitutional and ethical duty to debate sending young Americans to combat zones.

At the same time congressional leadership was blocking a discussion about a new authorization for the use of military force and putting it further and further off the legislative calendar, Jeff Flake was teaming up with Democratic Sen. Tim Kaine to file a bipartisan AUMF in the hope that doing so would force Congress to take action.

The duo tried in 2015 and failed, so they tried again this year by introducing a resolution that would substantially enhance congressional power and oversight over which terrorist groups the U.S. fights and where those fights take place. ?When I voted in 2001 to authorize military force against the perpetrators of the Sept. 11 attacks, I had no idea I would be authorizing armed conflict for more than 15 years and counting,? Flake wrote in a statement accompanying the draft AUMF. The message: Congress couldn?t afford to waste anymore time by taking the easy route of avoiding a debate.

Flake still has roughly a year left in office before he vacates his seat, so there is still time for Arizona?s junior senator to end his political career on a high note. But even if he fails in his quest to get the Foreign Relations Committee and the full Senate to take stock of the wars the U.S. is fighting, Jeff Flake?s presence will be missed.