Former host of the Daily Show Jon Stewart appeared on his old colleague Stephen Colbert’s show Monday night with a message to the media: Do your job.

Stewart once again appeared from below Colbert’s desk, ready to take a stab at the news. “I mean, this whole thing just makes me so crazy!” Stewart said of the latest news with President Trump and the media.

After documenting a few of the latest media stories, Stewart delivers a searing messaging to the news media, and industry he is no fan of.

“I finally thought you met your match,” he says. “A blabbermouth who’s as thin-skinned and narcissistic as you are.”

“I heard Donald Trump broke up with you. Stings a little, doesn’t it? You finally thought you’d met your match: a blabbermouth who’s as thin-skinned and narcissistic as you are. Well, now it’s over! Well, good riddance, I say. Kick. Him. To. The. Curb.”

“You try to defend him. ‘Oh, no, no, that’s just primaries Donald. That’s just election Donald. You’ll see. We can change him! He’ll get presidential!’” he continued. “Yeah, how’d that work out? It didn’t. You know why? Because 70-year-old men don’t get less cranky or racist as time goes by.”

“But here’s my point, media,” he added. “This breakup has given you an amazing opportunity for self-reflection and improvement. Instead of worrying about whether Trump is un-American or if he thinks you’re the enemy or if he’s being mean to you or if he’s going to let you back in the briefings, do something for yourself. Take up a hobby. I recommend journalism.”

“I think this breakup is going to be the best thing that ever happened to you,” Stewart concluded.

“You really think the media is going to take this opportunity for self reflection and get better at their jobs?” Colbert ask.

“I really do, believe me,” Stewart jests. 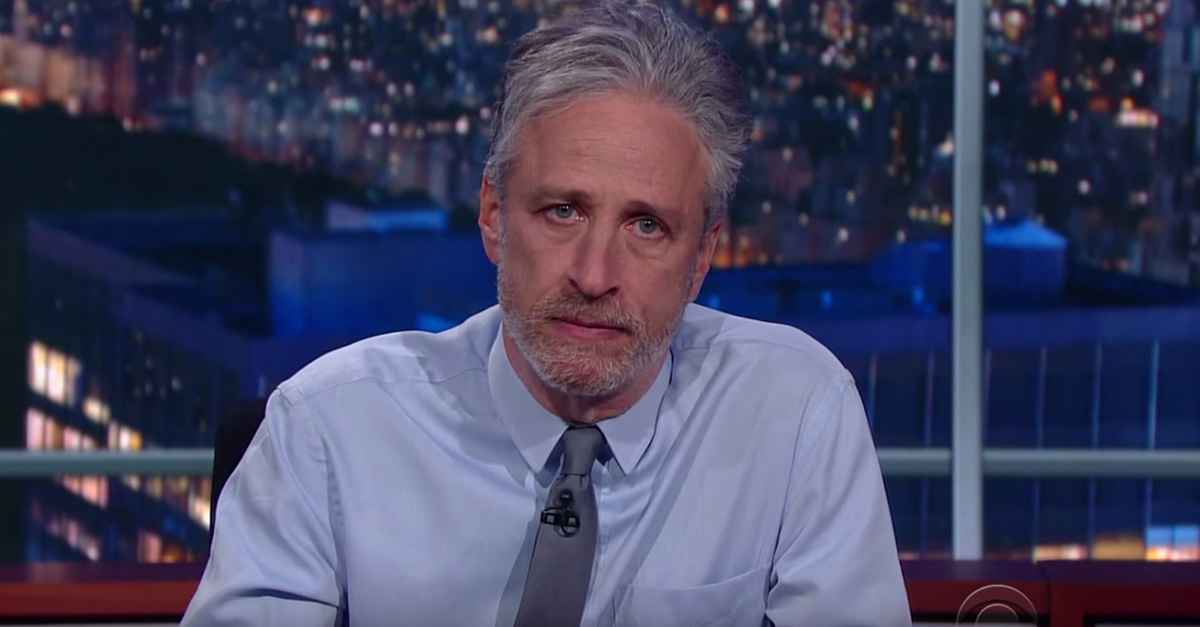