Make Roy Moore the face of the pro-life movement and you might win this battle, but you will definitely lose the war 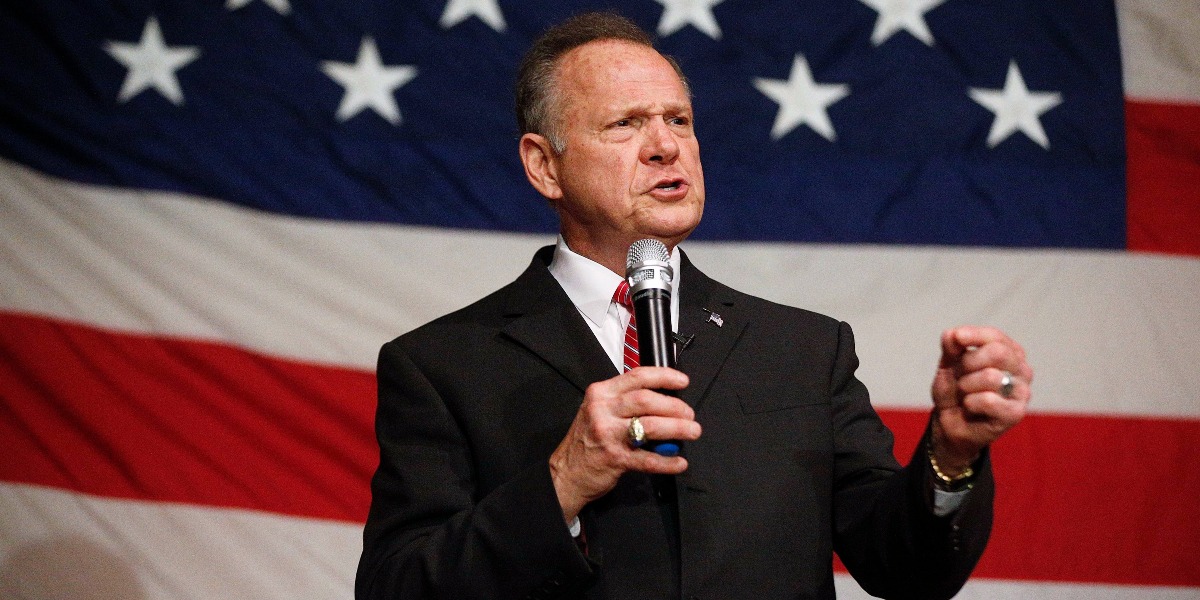 President Trump made his support for Alabama Senate candidate Roy Moore official on Monday, and the Republican National Committee soon followed suit, reinstating formal backing of Moore despite the credible allegations from multiple women (some of them Republicans themselves) that he engaged in sexual misconduct toward teenage girls as young as 14.

As polling shows Moore and his Democratic opponent, Doug Jones, are neck and neck in the final days of their race, Moore’s campaign and his Republican supporters have focused on abortion as THE issue to turn out GOP voters. Alabama GOP mailers targeting Jones focus on the Democrat’s endorsements from Planned Parenthood, warning that electing Jones means “remov[ing] protection to the unborn.” And when a Moore campaign representative went on CNN Tuesday morning, she spent much of her interview trying to tell the pregnant show host that Doug Jones wants to kill babies like hers.

The political calculus here is obvious: Many Republicans, especially in a Bible Belt state like Alabama, are one-issue voters (or close to it), and that issue is their opposition to abortion. These pro-life Republicans could easily decide the election, so the Moore camp is describing their choice as a dilemma between killing or not killing babies.

It’s a dirty political trick, and pro-lifers shouldn’t fall for it. As Gracy Olmstead ably explains at The American Conservative, electing Roy Moore as a pro-life champion is certain to do a great deal of damage to the pro-life movement no matter how he votes. “Roy Moore may win Alabama,” she writes, but his reputation “could result in a momentous swing to the left in future months and years, thus erasing any possibility of congressional victory for the pro-life cause.”

The pro-choice movement has successfully cast itself as the “pro-woman side in the abortion fight,” Olmstead continues, so “[i]magine how much more clout and power their argument will have if men like Moore dominate the ‘pro-life’ side. How can pro-lifers say they care more about women and their welfare when they vote for child molesters and sexual harassers?”

Like Olmstead, I was raised in a pro-life context, attending March for Life for the first time when I was in my early teens. But you don’t have to grow up in the pro-life movement to instantly see the enormous dissonance in electing a man who allegedly assaulted an 8th-grade girl because he promises to protect kids.

“What happens when the faces of the pro-life movement are hypocritical congressmen, sexual harassers, and men who brag about grabbing women’s bodies without permission?” Olmstead asks. The answer she rightly gives is that the movement permanently destroys any chance it has of winning the cultural (and, therefore, the political) battle among new generations.

I remember when I thought we must always vote Republican because—no matter how loathsome the candidate or how little real daylight there was between him and his Democratic challenger—the GOP would defend life and overturn Roe v. Wade. I stopped thinking like that by the time I got out of my teens, Roy Moore’s apparent preferred dating pool.

What happened? Well, a few things. First and foremost, I expanded my definition of pro-life to include life issues like capital punishment and war. Once that happens, the case that the Republican Party is the party of life becomes a lot more difficult to make. (I am not saying the Democratic Party successfully picks up the mantle.)

Second, I lived through the George W. Bush years, when we had a Republican majority in both houses of Congress and a Republican president—and hey, here we are today, still going back and forth over the abortion issue just as we have for as long as I can remember.

Some may argue the only problem then was the lack of a conservative Supreme Court majority, and that’s precisely why Moore is needed in the Senate. I don’t buy it. As Olmstead argues, this is more than a simple numbers game, as evidenced in the present by “Congress’s inability to defund Planned Parenthood — despite Republican majorities in the House and Senate.” Getting rid of Roe v. Wade would take much “more than a set number of conservative Supreme Court judges, or a majority of ‘pro-life’ congressmen in the House and Senate,” she notes. “It requires pro-lifers to change the hearts and minds of voters — especially the nation’s young people.”

Alabama Republicans should not vote for Roy Moore because of the preponderance of evidence against him, and because, as Olmstead writes, “supporting an oppressive and abusive politician contradicts the heart of the pro-life philosophy.”

But if the ethical case doesn’t convince, the pragmatic case should do the trick: Make Roy Moore the face of the pro-life movement and you might win this particular battle, but you will definitely lose the war.