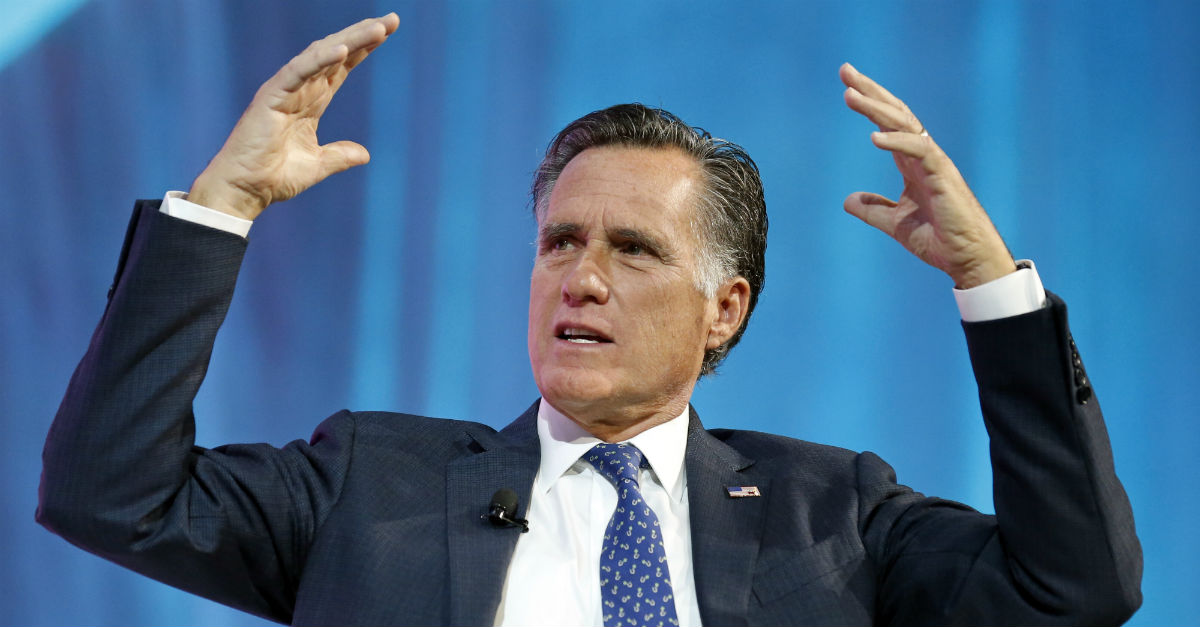 Mitt Romney announced Friday that he will run for the United States Senate, representing the state of Utah. The seat he aspires to fill will be vacant this election season due to long-time Senator Orrin Hatch retiring.

I am running for United States Senate to serve the people of Utah and bring Utah's values to Washington. pic.twitter.com/TDkas6gD2p

Romney kicked off his campaign with an ad released on his Twitter page in which he said, “Utah has a lot to teach the politicians in Washington,” and “I believe that I can bring Utah’s values and Utah’s lessons to Washington.” He claimed that “no donor, no corporation will own my campaign or bias my vote.”

The 70-year-old politician has been flirting with an office run for months. He’s been harshly critical of President Donald Trump, calling Trump a “phony” and a “fraud.” The president has thrown the barbs back at the former Massachusetts governor, saying that Romney “choked like a dog” in his 2012 race against Barack Obama. Though he never referenced the president in his announcement, Romney did take a jab at Trump’s immigration policies, saying, “Washington sends immigrants a message of exclusion.”

While he tried to paint himself as a representative of Utah values, Romney has bounced all over the country in his political career, including a stint as governor of Massachusetts. That role propelled him into the national spotlight and allowed him to run for the presidency. But, local Republicans don’t seem to be buying what Romney is selling. The chairman of the Utah Republican party told The Salt Lake Tribune, “I think he?s keeping out candidates that I think would be a better fit for Utah because, let?s face it, Mitt Romney doesn?t live here, his kids weren?t born here, he doesn?t shop here.”

Out of respect for the victims and their families, I will not be making an announcement tomorrow about the Senate race. (2/2)

Romney was supposed to announce his Senate run on Valentine’s Day, but he pushed the announcement back after the school shooting in Parkland, Florida, that left 17 people dead.

Romney’s likely opponent, Jenny Wilson, quipped, “Utah needs an independent voice for our communities that are struggling, not a hand-picked candidate of the Washington establishment. Utah families deserve a Utahn as their senator, not a Massachusetts governor who thinks of our state as his vacation home.”

The former presidential candidate has been considering returning to politics for a long time. He was even among the top names in President Trump’s list of people that he was considering for Secretary of State. Eventually, Trump passed over Romney and tapped Rex Tillerson.

Utah is a deep red state. All of their elected officials in Washington are Republicans, and it’s also a Mormon stronghold. Romney is a devout Mormon, and there’s a good chance that he’ll play up his faith when he’s trying to get into Washington; however, a reference to his Mormonism was noticeably absent from his campaign announcement.