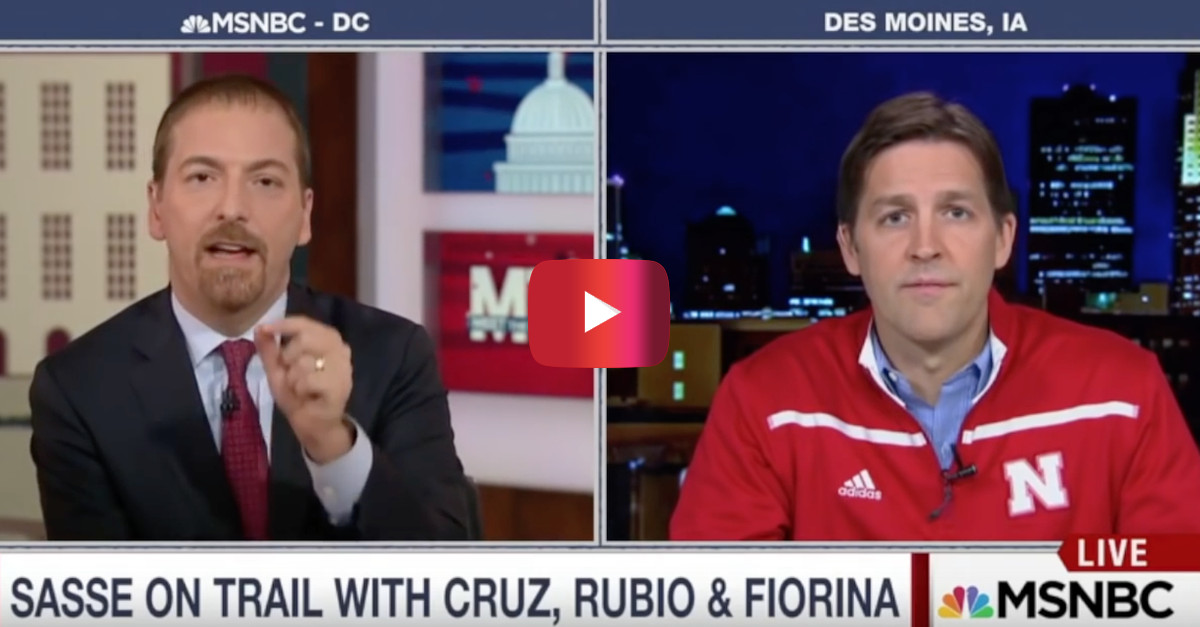 Freshman senator from Nebraska Ben Sasse appeared on MSNBC this week while on the campaign trail in Iowa, and had a hard hitting response for what it means to be a conservative today.

“Let me ask you, because a lot of people are looking to you as one of these future leaders of conservatism, what is a conservative in your view today? Define conservatism in the 21st century, via Ben Sasse,” MSNBC host Chuck Todd asked.

“America is the most exceptional nation in the history of the world because the U.S. Constitution is the best political document that’s ever been written. Because it says something different than almost any people and any government has believed in human history.

“Most governments in the past said might makes right, and the king has all the power, and the people are dependent subjects. And the American founders said, ‘no.'”

He continued: “You don’t make America great again by giving more power to one guy in Washington, D.C. You make America great again by recovering a constitutional republic where Washington is populated by people who are servant leaders. Who want to return power to the people and to communities. Because what’s great in America is the Rotary Club, it’s small businesses, it’s churches, it’s schools, it’s fire departments and it’s little leagues across this country. What makes America great is not some guy in Washington who says if I had more power I could fix it all unilaterally. That’s not the American tradition.”