“It’s OK, Mommy…I’m here with you,” the little girl told her mommy after a policeman killed Philando Castile 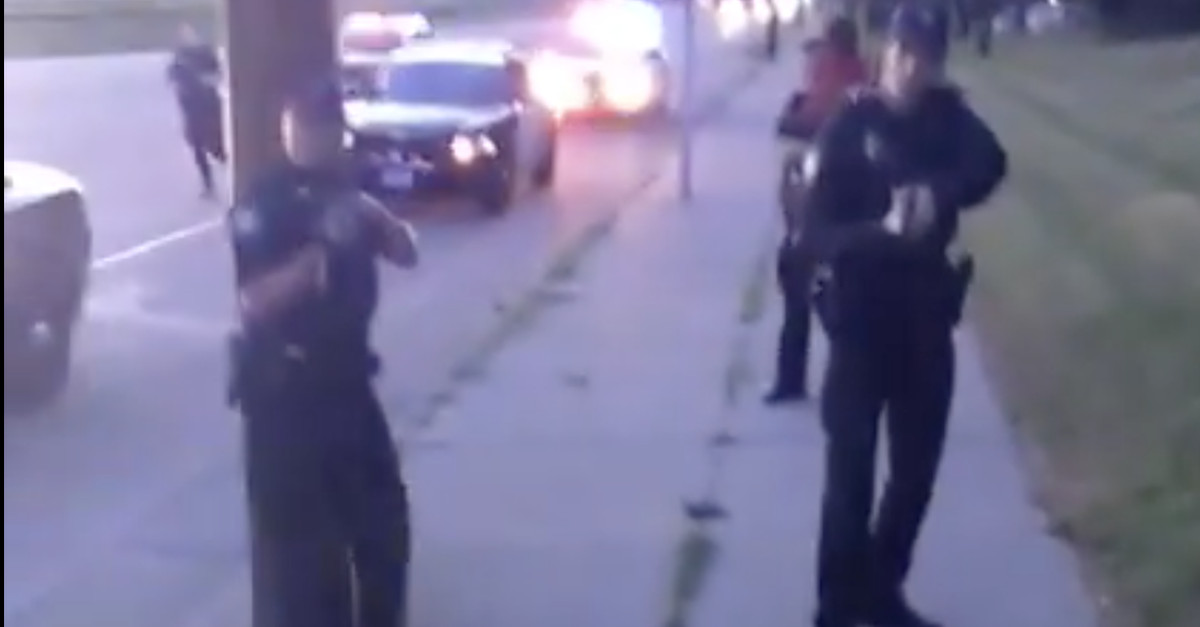 Early Thursday morning, the world watched as a woman broadcast the aftermath of an officer-involved shooting on Facebook Live.

According to Reynolds, they were pulled over for having a broken taillight, and Castile identified himself to the cop as a concealed carry firearm permit holder.

When he was asked to show identification, Castile reached into his pocket, and that’s when Reynolds claims the as-yet-to-be-named officer fired between three and five rounds into the car. Reynolds’ child was in the back seat during the shooting.

RELATED: Prayers weren?t enough to save the man who was shot by police and whose death was captured on Facebook Live

?I told him not to reach for it. I told him to get his hand out,” the officer is heard barking at Reynolds.

The ensuing madness shows Castile slump over and lose consciousness. He was eventually pronounced dead at a local hospital.

For almost 10 minutes, Reynolds broadcast what happened. She was briefly placed in handcuffs and then ultimately released to rejoin her daughter.

Some of the last moments of the recording capture the little girl’s heartbreaking message to her mom.

?It?s OK, Mommy,” the young girl says to her grieving mother.
“It’s OK, I’m right here with you” she repeats.