The White House should be in better hands with John Kelly 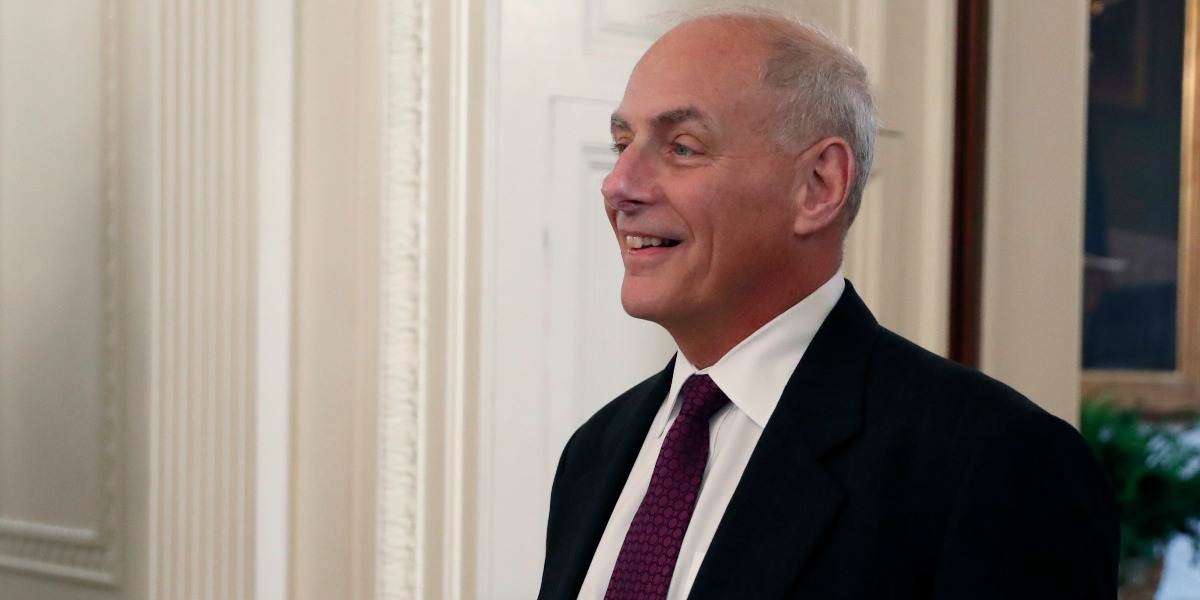 The Trump White House has easily been one of the most dysfunctional in memory. Already, the administration has gone through a chief of staff, two communications directors, an FBI Director and one spokesman.

So far, the chaos has been detrimental to Trump’s agenda. In six months, Trump has no significant legislative accomplishments. The only policy successes Trump has had came through enacting executive orders and repealing ones from former President Barack Obama.

Stepping in to try and salvage normalcy from chaos is former Homeland Security Secretary and retired Marine Corps General John Kelly. Kelly was appointed White House chief of staff, replacing Reince Priebus. It is hoped that Kelly will be able to impose military-style discipline on Trump’s chaotic White House.

There are reasons to be optimistic about Kelly. For starters, according to Politico, Kelly has laid down the law in the White House: “Kelly assembled senior aides in his office and laid down his rules of the road: More accountability on how jobs are done. More limitations on access to the Oval Office. More structure. Better briefings and information for the president. A White House staff where everyone reports to Kelly.”

Kelly has already made his impression on the White House. One of his first acts was firing White House Communications Director Anthony Scaramucci.

General Kelly has also disrupted the different power structures that were beginning to develop in the Trump White House. Trump advisor and son in law Jared Kushner and Trump’s daughter Ivanka Trump have agreed to follow Kelly’s rules on meeting with the president. So has Kushner’s White House rival, Steve Bannon. Score a big win for Kelly, as he got the two rival ‘globalist’ and ‘nationalist’ factions to fall into line behind him.

The biggest loser has to be what’s left of the establishment GOP.

With Priebus out the door, the connection between the West Wing and what we used to call the GOP is gone. Kelly may be able to enforce some discipline on the staff. But while the former general may have strong views about illegal immigration, he lacks any real connection to the GOP or its congressional leaders. Once we get past the “new sheriff in town” narrative in which his competence will be the main story, it may be that his agenda is not dissimilar from Scaramucci’s: to purge the White House of traditional Republicans who want to protect the country from Trump’s whims.

There was a reason why the Trump Revolution was able to sweep aside the establishment GOP. The establishment GOP has been lying to its voters in order to gain and hold power. To see a prime example of that dishonesty, one only has to look at the recent attempt to repeal and replace Obamacare and how President Barack Obama’s signature accomplishment was saved by Republican senators.

Establishment GOP and Conservatism Inc. pundits and talkers lost touch with the country they wanted to govern. While they pushed various tax credit schemes and focused on legislation that had little popular support, Trump talked about creating jobs and spoke to cultural anxiety. Trump’s latest White House shakeup is another nail in the coffin of the establishment right.

Kelly’s appointment will hopefully stabilize the White House, and his appointment might also allow Trump to finally reinvent what the Republican Party stands for.