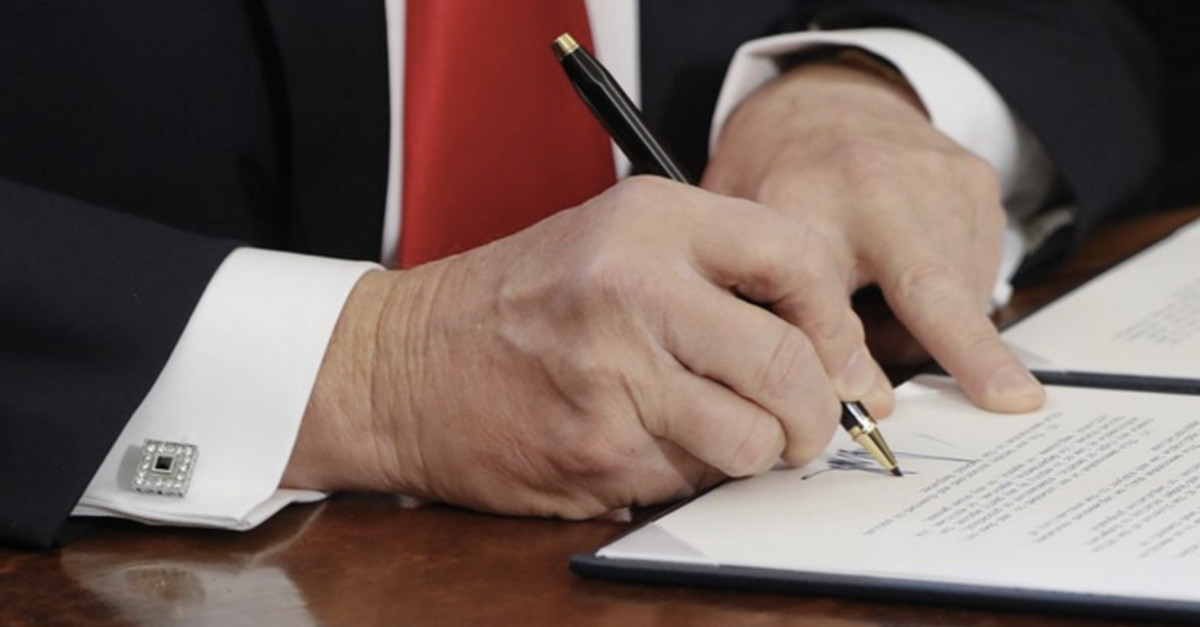 Much has been made about the many executive orders President Donald Trump has signed in the month since he took the oath of office. Many of his constituents are thrilled to see the President keep his campaign promises by making change happen and others are concerned about a perceived abuse of executive power.

No matter where you stand on the issue, the power of the pen has been undeniable. So much so that President Trump is running low on those very pens used during the signing ceremony.

It didn't take long for Trump to run low on the fancy pens he uses for executive orders, @mattoyeah reports: https://t.co/t51xttt3Yq

According to Fortune, the Trump administration was expecting a shipment of the gold-plated pens by Friday. They are made by A.T. Cross Co. based in Rhode Island, a 170-year-old company that has supplied its fancy-pants pens to many presidents since the Gerald Ford administration. “He absolutely, positively, had to have them by Friday,” Andy Boss, who manages business gift sales for the company, told Fortune. “My guess is he’s running low.”

Trump’s team ordered its fist batch of 150 pens before the inauguration. The brand also provided pens to President Obama during his tenure in the White House. Boss noted to Fortune that the brand has not received push-back for providing the pens that were used to sign controversial executive orders, such as the immigration policy. “To me it doesn’t matter whether the president is a Republican or a Democrat. Just having a president using our pens is pretty cool,” Boss said. “I’d much rather him using our pens than somebody else’s.”

Even if the White House is low on the gold-plated pens now, it’s safe to assume that Trump and his team will have plenty more of them very soon.