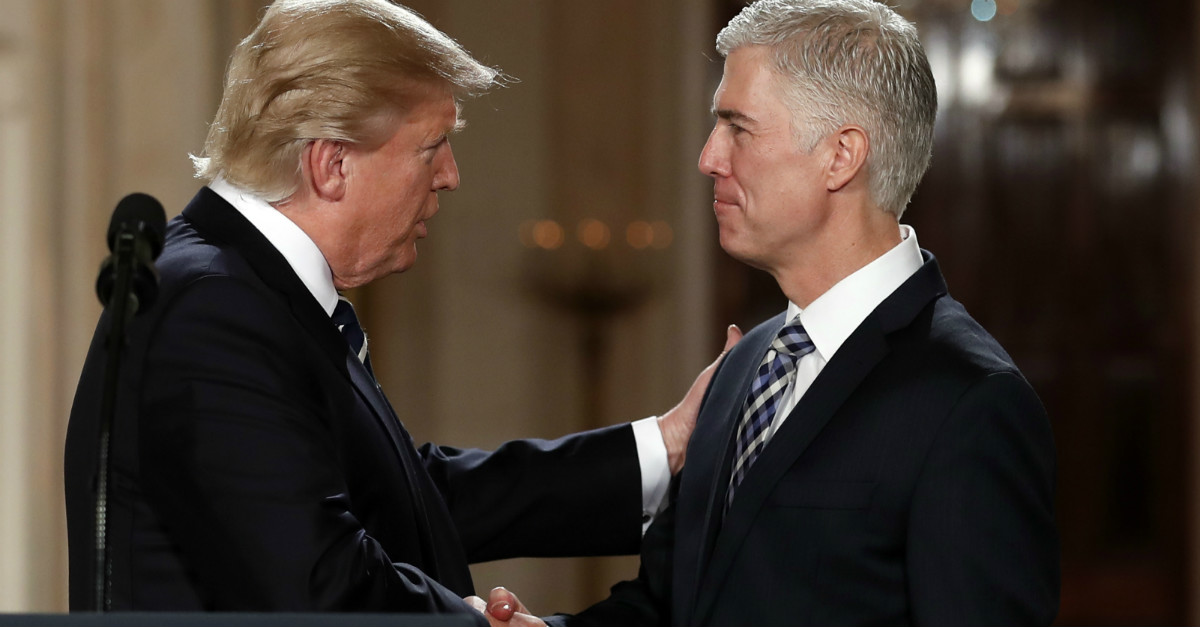 The Fourth Amendment to the U.S. Constitution reads, “The right of the people to be secure in their persons, houses, papers, and effects, against unreasonable searches and seizures, shall not be violated, and no Warrants shall issue, but upon probable cause, supported by Oath or affirmation, and particularly describing the place to be searched, and the persons or things to be seized.”

It appears constitutionalists might have a champion in President Trump’s choice to replace the late Antonin Scalia on the Supreme Court, Neil Gorsuch.

Gorsuch has also rejected pro-government deference in the Fourth Amendment context. For instance, in his 2016 dissent in United States v. Carloss, Gorsuch strongly objected to the majority’s view that police officers had the “implied consent” to enter private property for a warrantless “knock and talk” on a homeowner’s front porch even though the homeowner had placed multiple “No Trespassing” signs around the property and even on the front door. Under the government’s flawed theory of the Fourth Amendment, Gorsuch complained, “a homeowner may post as many No Trespassing signs as she wishes. She might add a wall or a medieval-style moat, too. Maybe razor wire and battlements and mantraps besides. Even that isn’t enough to revoke the state’s right to enter.” As Gorsuch dryly observed, “this line of reasoning seems to me difficult to reconcile with the Constitution of the founders’ design.”

“It’s not difficult to imagine Gorsuch imposing the same severe judicial scrutiny against the misdeeds of the Trump administration,” Root adds.

In the digital age, privacy champions have declared government spying on citizens and data collection practices to be in violation of the Fourth Amendment, with Presidents George W. Bush and Barack Obama overseeing surveillance practices that have been condemned by civil libertarians. Trump has also called for increased mass surveillance.

Another notable area of Neil Gorsuch’s jurisprudence revolves around the Fourth Amendment and his decisions on issues surrounding search and seizure — especially as they relate to technology and cyber security. “New technologies bring with them not only new opportunities for law enforcement to catch criminals,” he wrote in an opinion in U.S. v. Denson, “but also new risks for abuse and new ways to invade constitutional rights.”

Gorsuch’s pro-liberty interpretation of the Fourth Amendment should be appealing to constitutionalists on both the right and left, and is likely born of his strict originalist interpretation of our nation’s founding charter.

The New York Times reports, “Judge Gorsuch, 49 — who was appointed to the United States Court of Appeals for the Tenth Circuit, in Denver, by President George W. Bush — is an originalist, meaning he tries to interpret the Constitution consistently with the understanding of those who drafted and adopted it. This approach leads him to generally but not uniformly conservative results.”

“’Ours is the job of interpreting the Constitution,’ he wrote in a concurrence last year. ‘And that document isn’t some inkblot on which litigants may project their hopes and dreams,'” the Times reports.