Note to Pete Carroll: if you’re behind by four, inches from the end zone, there’s less than a minute on the game clock, and you have one of the best running backs in the league in the form of Marshawn Lynch—don’t call a pass play!

That’s how the Super Bowl all but ended last night. With 25 seconds left in the game, Russell Wilson tossed the ball into the waiting hands of Malcolm Butler.

Actually that doesn’t give Butler enough credit. It was a remarkable interception from the rookie cornerback who read the play perfectly. 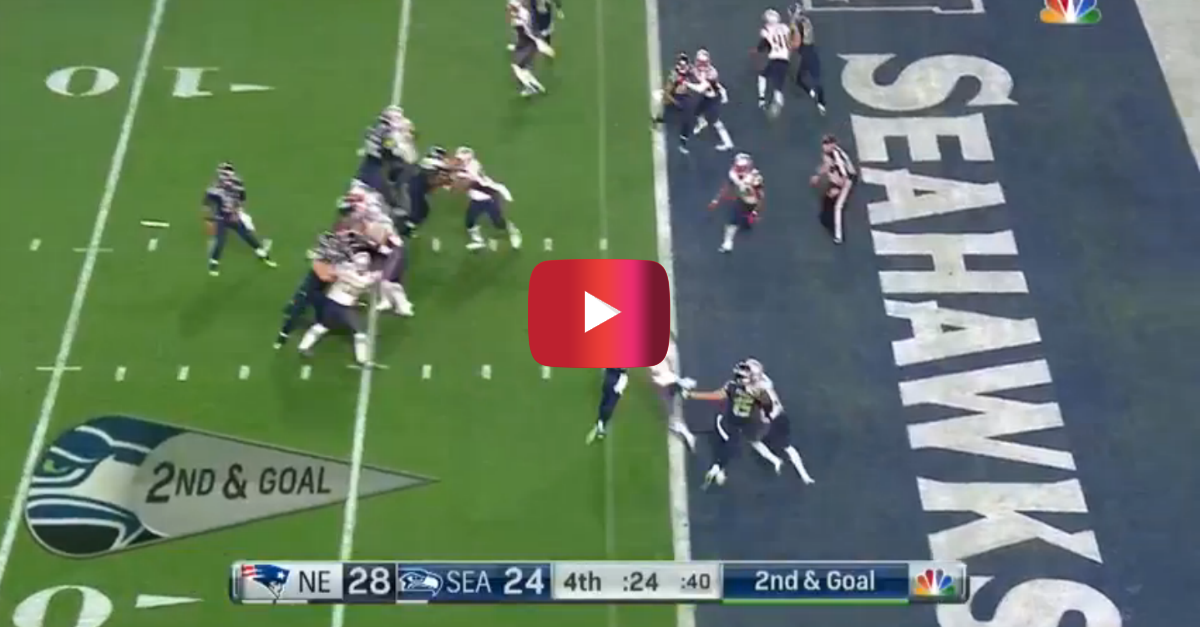