First a flood, then an earthquake and now a fire in Austin – the “Texpocalypse” is here 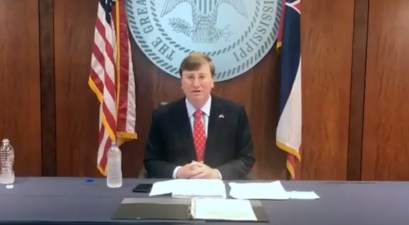 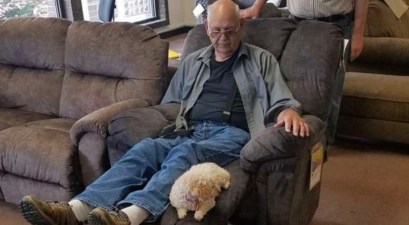 Grandpa Brings Dog To Furniture Store To Make Sure She Likes Chair Too!

Editor’s note: This post was updated to reflect new developments in the storm’s casualties.

With the eye of Harvey making landfall near Rockport as a Category 4 storm, city officials shared ominous instructions for the estimated 50-60 percent of the town who stayed to ride out the hurricane:

“This isn’t a joke: take a Sharpee, and write your Social Security number on your left forearm and contact information for your kin because we will not be able to come help you at this point,” the city manager can be heard saying in the above interview.

RELATED: Why Houston’s Flooding Problems Will Only Get Worse

The Fairfield in Rockport… it was rated to withstand a Cat 5 hurricane…. pic.twitter.com/fg27imStYi

This is Rockport, Texas.

Wishing safety for everyone. pic.twitter.com/F3K37HO1UP

While Rockport did sustain what witnesses and leaders are describing as “widespread damage,” and at least three are reported dead at this time, Harvey dissipated to a Category 1 then a tropical storm as it made its way inland.

As a precaution, Texas Governor Greg Abbott requested the President to declare a major disaster for the path of the storm, which was predicted to make its way to Austin.

The forecast prompted organizers to cancel the weekend’s scheduled Pride festivities, but the Hill Country rain was actually less than anticipated this weekend.

However, the state’s capital experienced another disaster sure to affect residents for weeks to come:

Fire crews on scene of Franklin BBQ where a fire started. It appears to have started on the second floor. No injuries. @KVUE pic.twitter.com/9uhtiWnMow

Fire investigators believe the blaze began in the pit room, spreading to the second floor and the back of the East 11th Street building, later discovering the catalyst was a flying ember.

Franklin’s was planning on staying open during the expected flash floods today, but the $200,000 of structural damage and $150,000 loss in content forced a closure.

Aaron Franklin talks about the fire that destroyed much of the smokehouse @FranklinBbq. https://t.co/KVBeEY0qGm pic.twitter.com/xxHzKhoBO4

In other ominous signs from above news, the U.S. Geological Survey confirmed a 3.1-magnitude earthquake in Irving Friday.

RELATED: As Harvey rolls in off the coast, Texas is experiencing several other natural disasters and disappointment