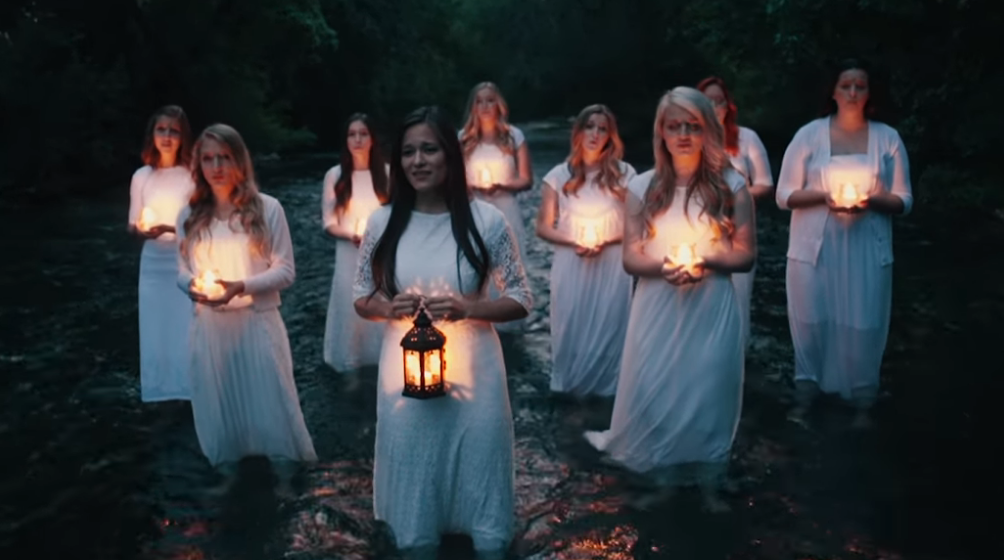 Brigham Young University?s a cappella group, Noteworthy, is the female counterpart to the men?s a cappella group, Vocal Point. The group consists of nine women, all of whom are students at the university in Provo, Utah and members of the Church of Latter Day Saints. You may know them as Mormons.

Noteworthy was founded in 2003 by Esther Yoder, a student at BYU. Yoder consulted with the co-founder of Vocal Point, and its director at the time, to help put together the university?s first female a cappella chorus.

Since its founding, Noteworthy has competed in numerous a cappella competitions, including ?The Sing-Off? in 2009.  Noteworthy won the International Championship of Collegiate A Cappella competitions in 2007, the competition that’s featured in the Pitch Perfect movies. Several other groups from BYU have also done well there. Apparently a cappella singing is a really popular hobby at that school. Vocal Point and Noteworthy are the “official” vocal groups of Brigham Young University, but there are quite a few others.

How does a group make beautiful music like this?  I think you know the answer: practice! The members say that they also have a lot of fun together. Practice makes for perfect fun, or so we hear from people who practice!

For this video, the group performs an awe-inspiring rendition of Chris Tomlin?s ?Amazing Grace (My Chains Are Gone).” The goal of the group is to uplift others through the power of music.

This is about as close it gets to hearing a choir of angels!