World’s Scariest Haunted House Will Pay $20K If You Can Make It Out! 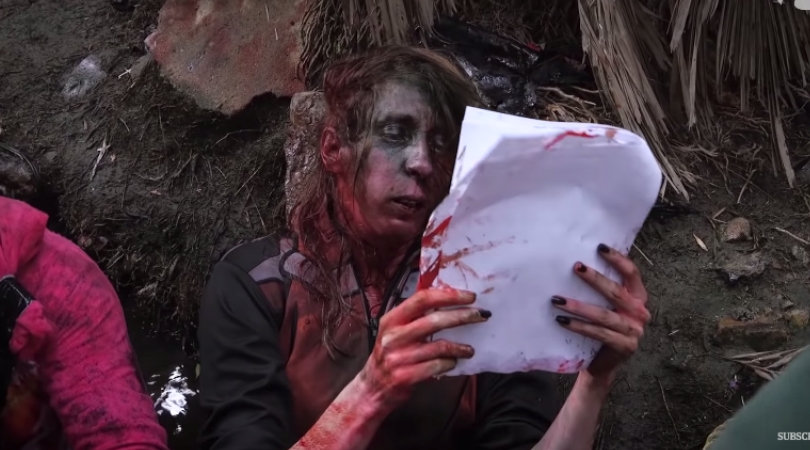 I love Halloween. More than Christmas, Thanksgiving, and the Fourth of July combined. I love it. Ever since I can remember, and it?s no secret I enjoy a good haunted house. To me, a haunted house needs to be…well..scary. To the point of me feeling like I am going to faint from fright, and not sleep for three days. It’s ridiculous, I know, but that’s why I love it, and I’m pretty sure I’m not the only one who feels that way. Which is why McKamey Manor is my next target.

Described as the ?haunted house of all haunted houses,? McKamey Manor is so extreme that participants are required to fill out a 40 (!) page waiver, and come up with a safe word before entering the house. According to the owner, no one has been able to finish the experience, but the number of people hoping to try it is long! Currently, there are 24,000 people on the waitlist.

The house was featured on the Netflix documentary ?Dark Tourist,? where New Zealand filmmaker and journalist David Farrier visits unusual, haunted, a horrific tourist location around the world…which only makes sense he would visit McKamey. In the last half of the ?docu-series,? Farrier visits the manor, which is described as the most extreme haunted house in the world. He eventually gives up halfway, terrified for his life.

Honestly, I have to admit that the whole experience looks like a mix of gore in-between ?Saw? and ?The Hills Have Eyes.? I genuinely got scared after watching the video, and I wasn?t even in the house! I was on my couch eating Flaming Hot Cheetos, anxiously waiting for someone to say ?banana.? Yes, that?s the safe word I would use. Can you imagine crying your eyes out and then just yelling ?BANANA? out of nowhere? It would lighten up the moon in seconds, for sure. Perfect safe word.

Anyway, the house which is located in Summertown, Tennessee, lets guest truly live out a real-life horror film for free, and those that complete the 4 to 7-hour journey can win prize money! States owner and creator Russ McKamey and girlfriend Carol Schultz reportedly spent more than $500,000 to make McKamey the scariest experience on earth, and for that kind of money, I sure hope so.

To protect themselves from any lawsuit, because of course, this is America and people love lawsuits, McKamey records the entire haunted experience on camera.

What other requirements does the house have?

Off to MCKamey Manor, I go! BRB.