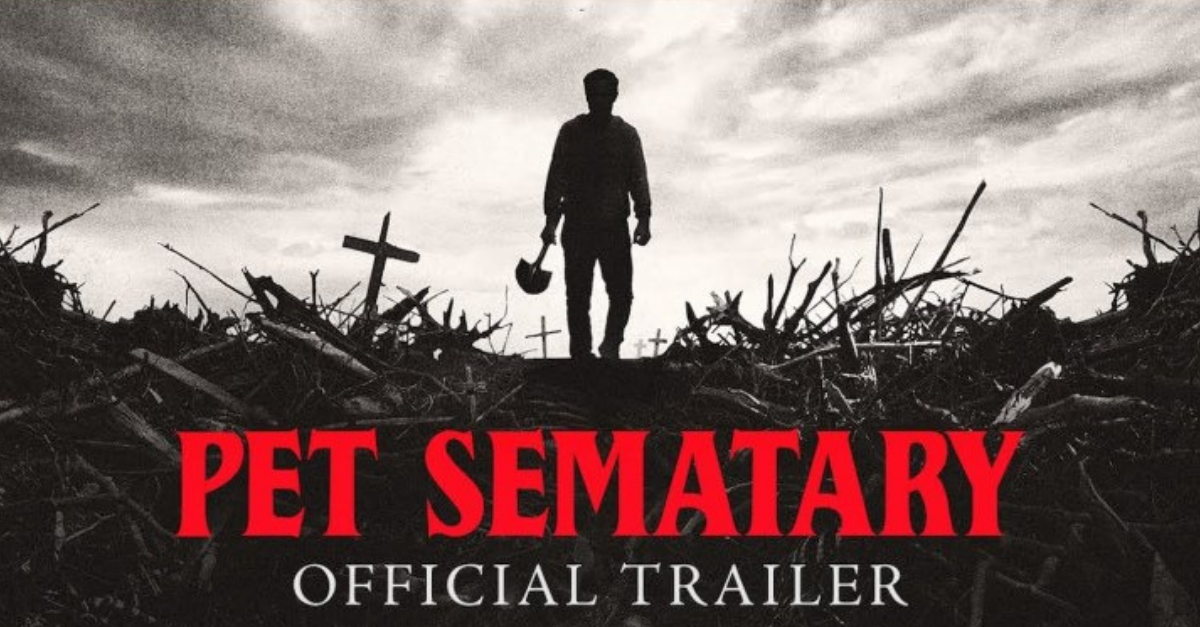 The new film adaptation of Stephen King‘s classic horror novel Pet Sematary has a trailer out finally. If the Pet Sematary trailer is any indication, seeing this movie will definitely make you think twice about digging up your dead kid, dragging his corpse into the forest behind your house, and burying him in the cursed, abandoned Indian burial ground there in the hopes of resurrecting him.

This latest Stephen King adaptation, about a doctor who moves from Boston to rural Maine with his family before suffering a terrible tragedy and trying to band-aid over that tragedy with the help of an evil pet cemetery… with horrific consequences, comes on the heels of the success of 2017’s It. Pet Sematary stars Jason Clarke, Amy Seimetz, Jeté Laurence, Hugo & Lucas Lavoie, and John Lithgow (though, sadly, Lithgow’s character appears to be without the thick, creepy Maine accent of his predecessor Fred Gwynne).

I’m going to see this. I’m all in on any movie with creepy, mysterious burial grounds and old men with foreboding warnings like, “Sometimes, dead is better.” Pet Sematary looks like it’s going to be a lot darker than It, which was mostly hilarious and filled with little kids cursing and making sex jokes when a creepy clown wasn’t trying to eat them.

Seeing this is also going to cause me to start ominously saying “dead is better” to my girlfriend, all the time, to annoy her. “Babe, my phone is dead. Can you get my charger?” “Sometimes… dead is better.” “JUST GET MY CHARGER.”

“Did you see the news? I can’t believe all those people died in that earthquake.” “Sometimes… dead is better.” “I don’t want to date you anymore.”