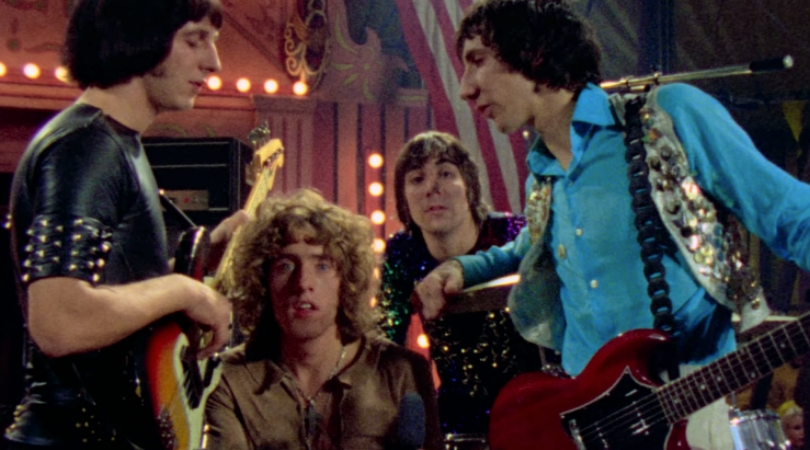 The Who spent the end of 1975 on a three-month tour to mark the closing of an era. Their drummer, Keith Moon was leaving the band. He had become ill and collapsed on stage at the beginning of their 1973 North America Tour. They wrapped up playing their 1975 tour, The Who By Numbers before embarking on the second round of concert tours. The second tour consisted of a North American leg and the United Kingdom and European shows. Apparently, after one of their shows on the tour, they left a little goodbye present at an Anaheim stadium in California.

From what I have heard the show was rowdy. After playing for a decade The Who had a massive following. The show on the Angels field was attended by over 55,000 fans. While some people enjoyed the band on the field, others got into fights, and some got wild because they weren’t able to get into the show. And by “got wild”, I mean they used their manpower to knock down a 70-foot fence and break into the show.

And of course, the crowd lit up. How do we know? One, duh, and two, because a week later after the field was watered and manicured, little marijuana plants were springing up right before the Angel’s were set to start a new season. Groundskeepers noted about 500 marijuana plants growing all around the field.

When the news broke, many kind-hearted people offered to help the city clean the stadium. Some, even for free! They were not allowed to help under orders from per Mayor William J. Thom, obviously. He joked about the situation: “The economic situation at the stadium has not reached such a perilous point that we have to resort to growing marijuana. But they?ll never be able to play ?Tea for Two? at Anaheim Stadium again. Well, I guess you can say The Who went out with a bang.