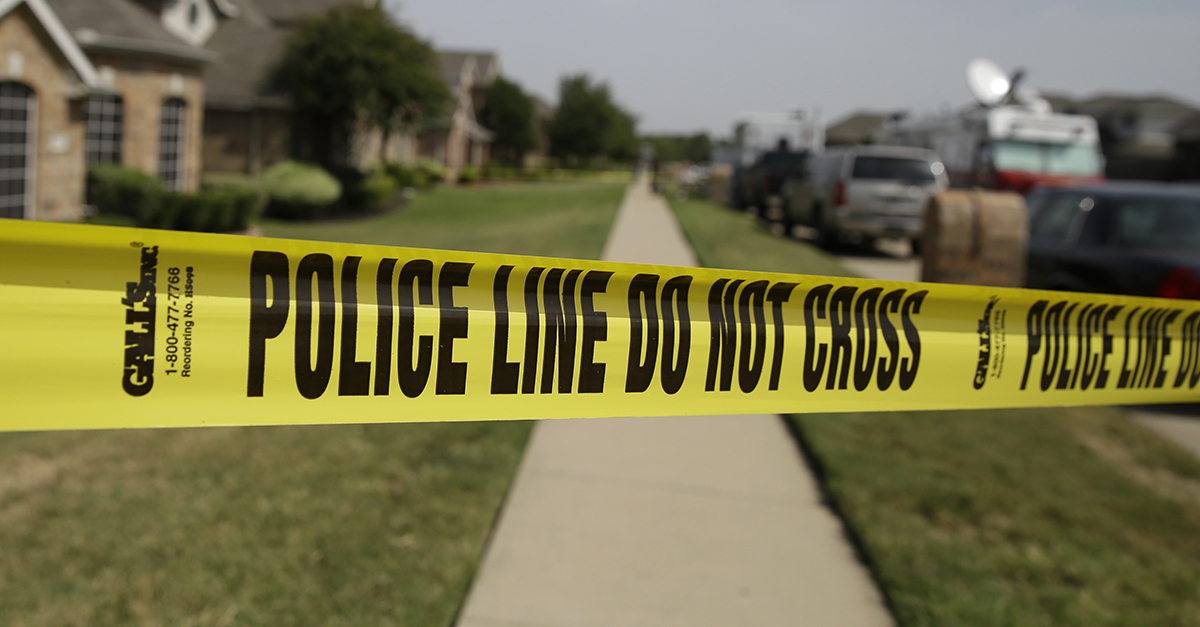 AP Photo/LM Otero
Crime scene tape marks off the area law enforcement investigators are working outside the house of a fatal shooting Thursday morning, Aug. 8, 2013, in DeSoto, Texas. A man has been arrested in the fatal shooting of four people in two Dallas-area homes, just minutes apart, and police are investigating if he used a grenade or other explosive in one of the attacks. Investigators arrested Erbie Bowser, 44, on Wednesday night at the second crime scene, DeSoto police Cpl. Melissa Franks said. Charges are pending, she said. (AP Photo/LM Otero)

The Chicago police officer who fired 16 shots into a car of teenagers in 2013 was found guilty of federal civil rights violations for using unreasonable force against two individuals while on duty.

Marco Proano was convicted on both counts of deprivation of rights under color of law, according to the Department of Justice.

The shooting occurred just before Christmas in 2013. The officer wounded two of the teenage passengers, and a jury found this to be a result of unreasonable force.

The Chicago Sun-Times reported that the FBI considered clearing the officer in 2015 but felt it required further investigation.

“I thought your client was completely in the wrong for this shooting,” an FBI agent said to Proano’s lawyer. “Your client shot into a car full of teenagers.”

Each of these counts of deprivations of rights is punishable by up to ten years in prison. Proano is scheduled for sentencing on November 20.