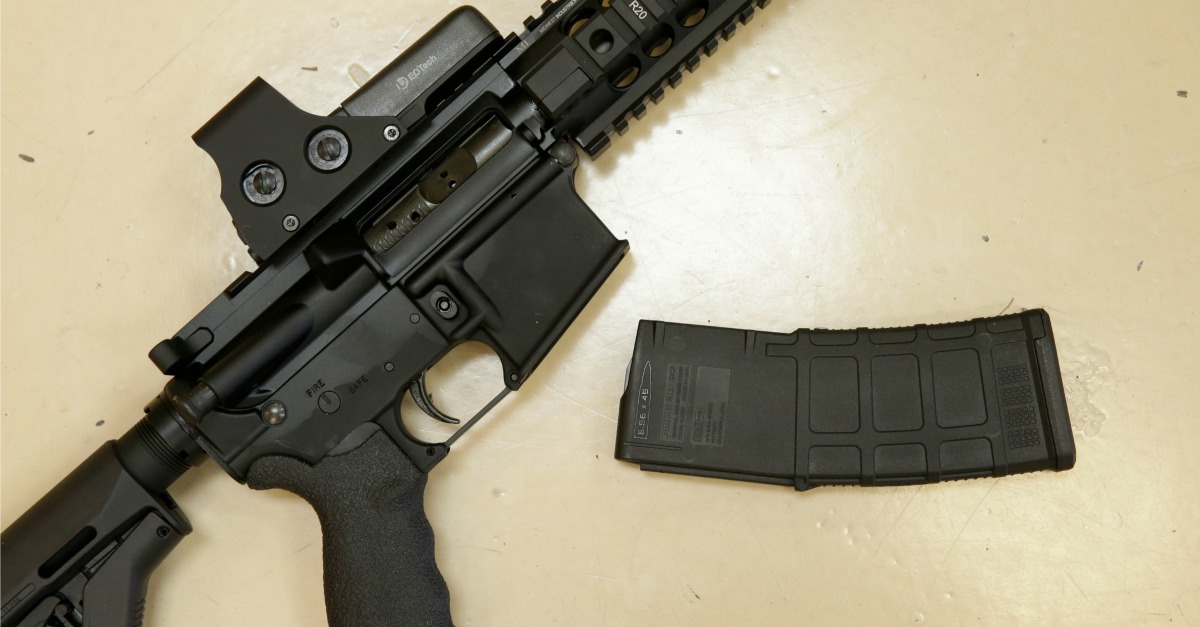 In the upcoming veto session of the Illinois General Assembly – at least two gun control measures could be addressed. The proposed measures are a reaction to the mass shooting in Las Vegas that left 58 people dead and more than 500 wounded, according to The (Springfield) State Journal-Register reported.

Introduced by Rep. Martin Moylan – a Des Plaines Democrat 0 the legislation would ban the sale of assault weapons, large-caliber rifles, “bump stocks” that allow rapid firing of weapons and large-capacity magazines. These large-caliber rifles are described in the bill as holding 10 or more rounds of ammunition.

RELATED: Hold the phone! Analysis of the Las Vegas shooter’s brain for abnormalities isn’t done yet

They have not passed the legislature, despite Moylan previously proposing the bill. He thinks after Las vegas, circumstances may change. This is especially so as Stephen Paddock had reserved hotel rooms in Chicago overlooking the Lollapalooza music festival last summer. Thankfully, Paddock didn’t use the rooms.

“I’m passionate about it this time because of the events that happened in Las Vegas,” Moylan said. “Especially since the guy was scoping out a Chicago site, I think this bears a lot of weight on it. I would hope I get a lot of support, both on Republicans and Democrats.”

A Democrat from Addison, Rep. Kathleen Willis has also proposed a measure. Her bill would create state licensing of gun dealers in Illinois.

“This bill is something that has been worked on for 15 years,” Willis said. “I don’t think that it is definitely tied to the Las Vegas shootings. I think this is a good business practice bill.”

Wills said 16 states already require a state license for gun dealers in addition to a federal license. Legislators are expected to meet in Springfield for the session starting Oct. 24.