“He doesn’t know how the Italian way works,” says Anthony Rizzo “There are supposed to be team things that stay with the team.”

Baez let the piece of info slip before Friday’s game against the Milwaukee Brewers. If you see the Cubs instantly disappear from the dugout or any TV camera that shows an empty dugout…

RELATED: The Chicago Cubs pitch in again – how much will they raise this time?

“We got this new thing,” says Baez. “I don’t want to be the one saying it. I’ll just let him say it. But it’s really fun. When somebody’s mad, everybody walks in and we do some fun things that get us hyper. You guys ask Rizzo.”

But Rizzo doesn’t think the world needs to know…

“It’s a team retreat,” says Rizzo. “It’s not just me. It’s anyone who needs to let out some steam this late in the season. It’s a team thing. It’s a long season and you go through ups and downs. And there’s times where you get to that boiling point where you just want to kill anything in your way…It’s worked. We’re 3-for-3 on it. But it’s not me gathering. It’s just whoever feels like it’s time – you’ll see the team rushing off the bench and going for a nice little retreat.”

Rizzo in many ways sets the clubhouse tone with his chill vibe off the field and ferocious competitive streak on the field. In Tom Verducci’s book, “The Cubs Way,” he detailed a scene before last year’s World Series Game 7 where Rizzo got naked, played “Rocky” music, quoted movie lines and shadowboxed until reliever Hector Rondon joined “in on the hijinks, picked up an aerosol can of shoe cleaner and sprayed it in the direction of Rizzo’s groin.”

“This is strictly in-game,” says Rizzo. “You can’t do it, though, and be selfish and go on a nice little retreat when we’re winning. It’s got to be the right timing. It helps, too, because it’s been fun the last couple weeks since we started doing it.”

A huge plus of the party-house: no TV cameras. Unlike what happened in late July when pitcher John Lackey bumped into Rizzo in the Wrigley dugout and exchanged strong words with the first baseman.

“We’ve come together now,” said Rizzo. “It’s not about anyone. It’s about us. When things go wrong for a certain individual, we rally around him. And that’s what we got to keep doing from here on out.” 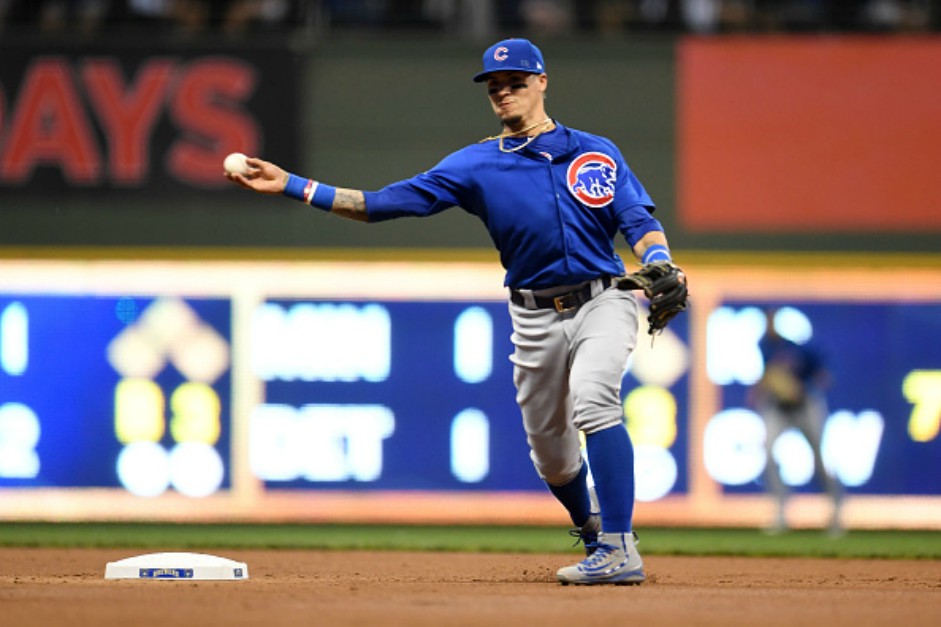