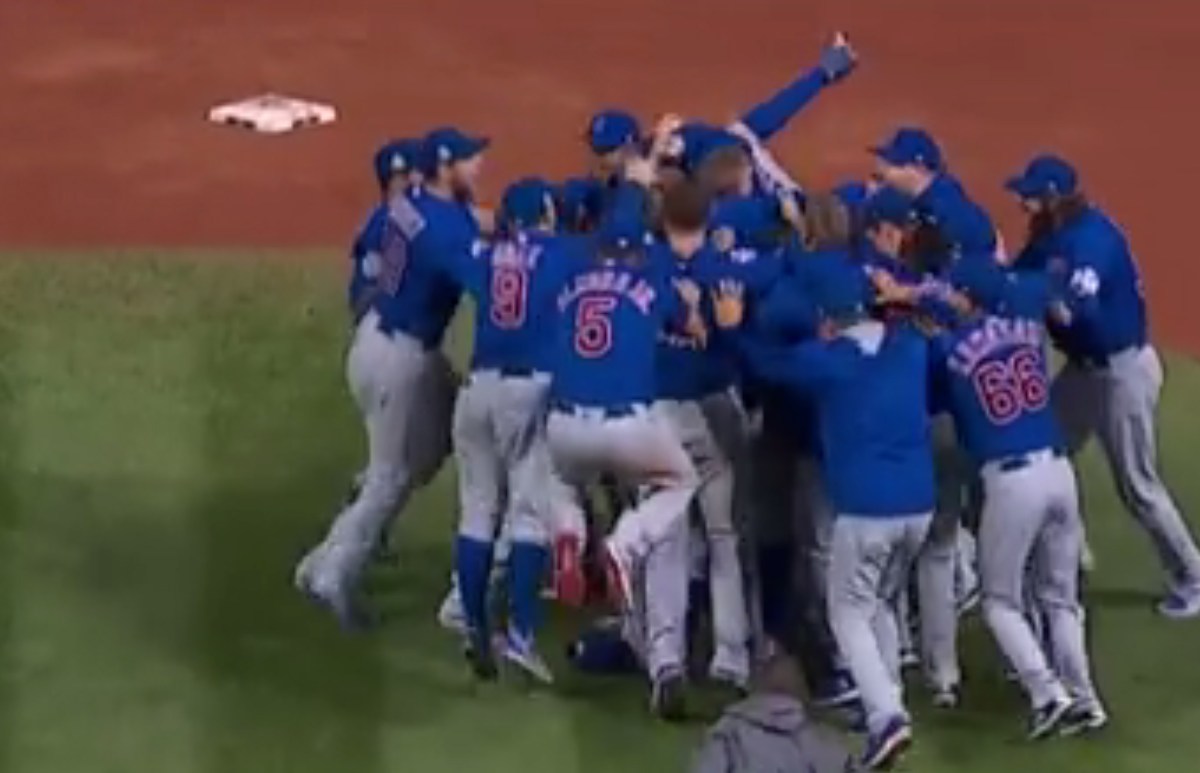 If you’re a Cubs fan or not, you’ll forever remember the moment that the Cubs won the World Series for the first time in 108 years.

Extra innings and a rain delay added to the anxiety that already was Game 7, but it all worked out in the end [that is, for Cubs fans!]. Kris Bryant’s face as he threw the ball to Anthony Rizzo in the final out of the game will forever be cemented in Cubbies’ fans minds.

And while this moment was one of the best sports moments in Chicago Cubs’ fans lives, it was also a significant moment in all sports as it was named the ‘Best Moment’ at the ESPY Awards.

The #ESPYS for Best Moment goes to the @Cubs!

They defeated the Indians, 8-7, in 10 innings to win their 1st World Series since 1908! pic.twitter.com/EJZSBhU3PK

Congrats on your award, Cubbies! Thank you for giving Chicago the ‘Best Moment’ in sports!