Flashback: That time when Chicago morning news reported on a plane crash, but it was really a TV set 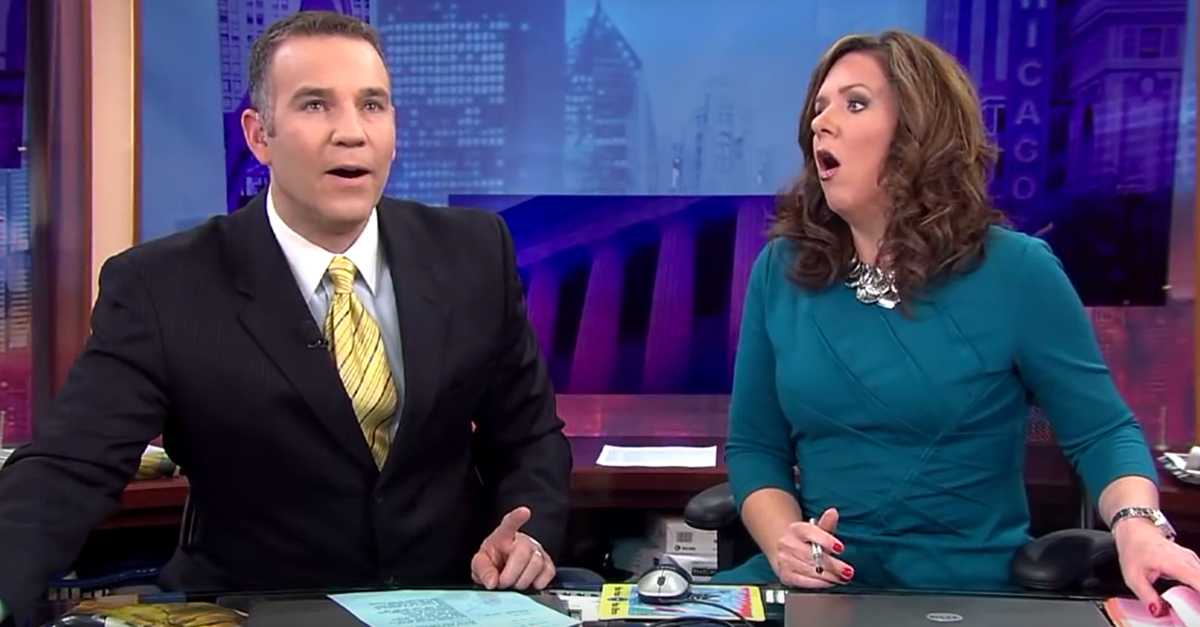 Local news is full of personality and strangeness, and sometimes even false reports. That’s what happened one morning on Chicago’s WGN  when the anchors break to “breaking news” to inform their viewers of a plane crash on 29th and King Drive.

When the go to the skycam, after noting that the crash is in the middle of the road, they see this:

While a plane crash in the middle of the road in Chicago’s Southside would indeed be breaking news, it’s only a few seconds later that the anchors reveal that it isn’t a plane crash at all.

So, nope, no plane crash. Just a casual set for a TV show.

“Are you kidding me!?” his coanchor Robin Baumgarten said, clearly very frustrated and embarrassed.

But let’s not forget the best part:

“You made me rush through the weather?!” the weather guy is saying in the background.

Ah, the joys of local news. Thank you for this gem WGN!