More gruesome details have been uncovered, and another arrest made, in the slaying of four Pennsylvania young men 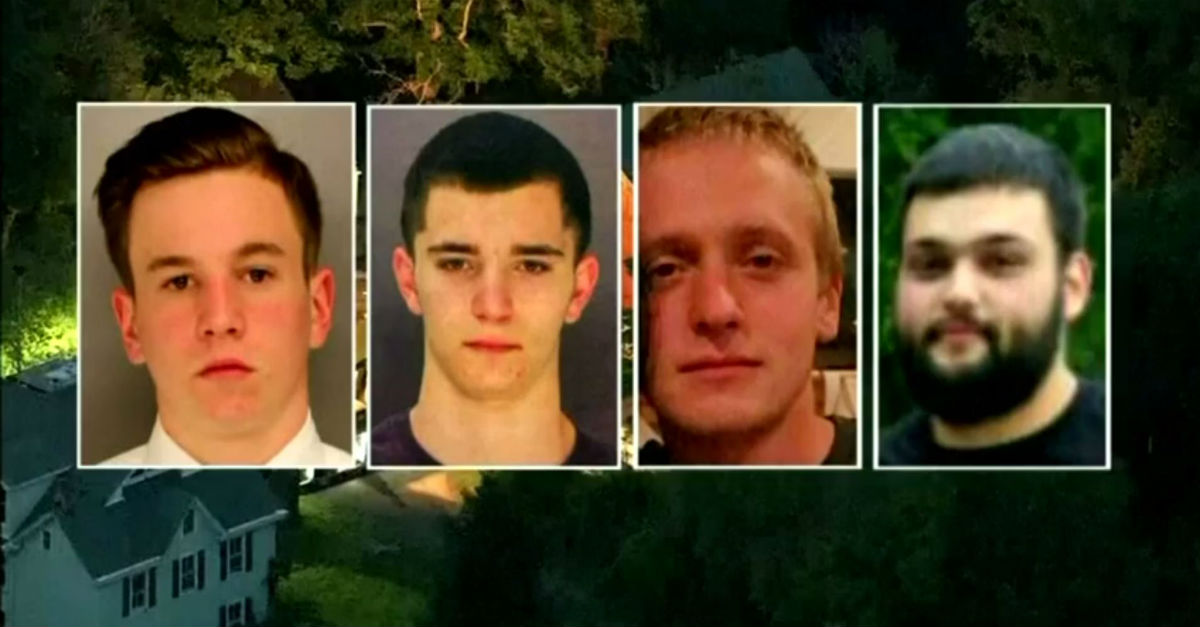 After a frantic few days of searching for four Pennsylvania men, police were led to a 90-acre-property belonging to the parents of 20-year-old Cosmo DiNardo.

DiNardo eventually confessed to the murders, and on Thursday night, police took another person of interest into custody. The second suspect has since been identified as 20-year-old Sean Kratz, who is DiNardo’s cousin. On Friday, DiNardo was charged with conspiracy, homicide and abuse of a corpse. A source told Philly.com that DiNardo led investigators to his cousin and the bodies.

According to Justine McDaniel, a writer for the Philadelphia Inquirer, all four victims have been identified, and each was shot. Each of the murders began as a drug deal, and in at least one case, DiNardo used a backhoe on his parent’s property to dig the grave. He placed the bodies in a metal drum and buried it.

DiNardo put one man in a tarp, put into metal tank and lit him on fire. After next 2 killings, added bodies and leaves to burning container

DiNardo told police he put 3 of the bodies in metal tank called "pig roaster" poured gas into it and lit it. Returned next day to bury them.

According to Philadelphia Inquirer writer Laura McCrystal, Weintraub said that he made a plea deal with DiNardo to find the body of the fourth man who was still missing. The district attorney stated, “We’d still be looking for Jimi Patrick had we not made this agreement […] it was so far away that I started getting sick to my stomach.”

He also stated that he does not believe that the bodies were burned. Rather that “there was an attempt to burn the bodies” but that it “was not successful.”