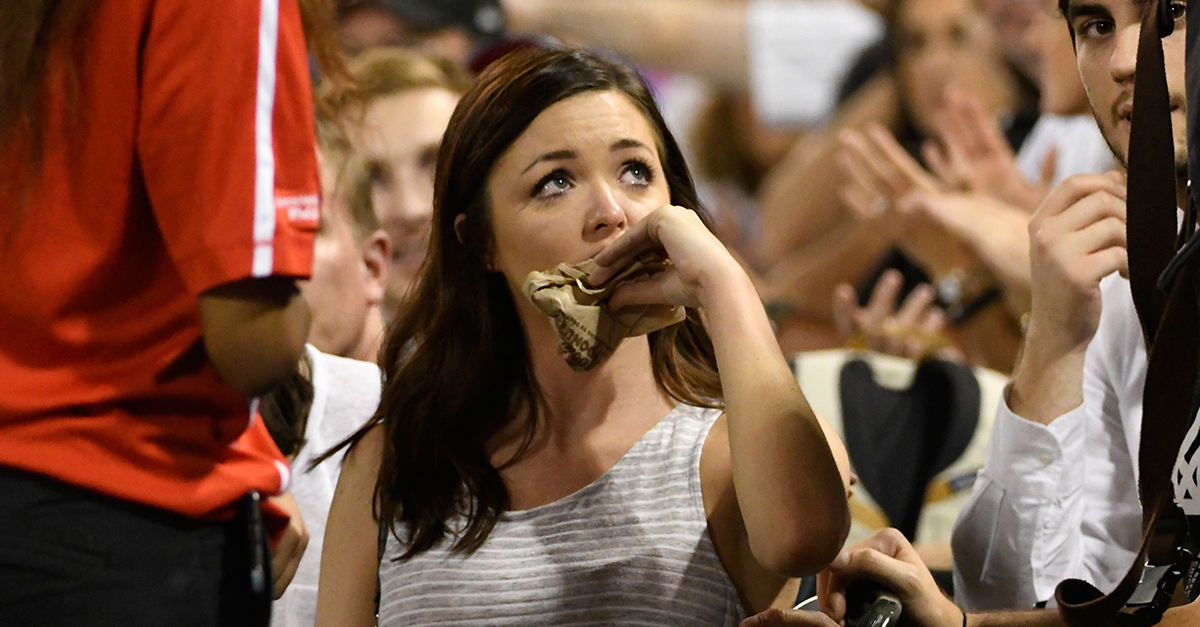 AP Photo/David Banks
A fan wipes her lip after she was hit on the mouth by a foul ball hit by Kansas City Royals' Brandon Moss during the third inning of the Royals' baseball game against the Chicago White Sox, Friday, Sept. 22, 2017, in Chicago. (AP Photo/David Banks)

It turns out foul balls can be more than just annoying, they can really hurt.

A woman in the stands at Guaranteed Rate Field viewing a White Sox and Royals game was struck in the face by a foul ball on Friday.

She reportedly declined medical treatment and could be seen holding a napkin to her face, according the Associated Press.

This comes days after a foul ball at a Yankees game reportedly struck a toddler in the stands, requiring she be taken to the hospital for treatment. It started a conversation around safety of the stands.