Man pushed on CTA subway testifies “I think he’s trying to kill me.” 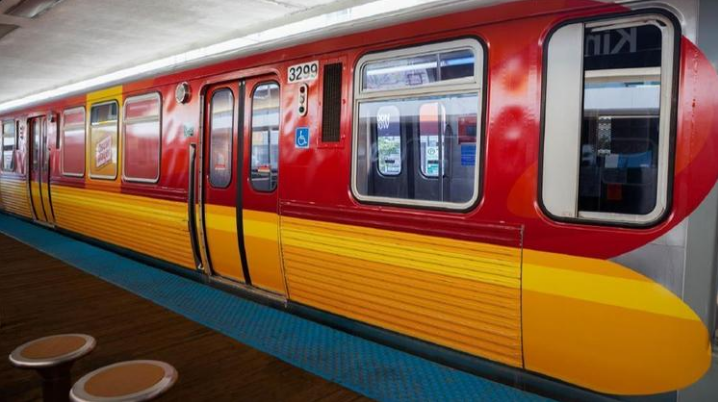 The man who was shoved onto CTA tracks by a stranger back in August called out to other passengers for help, shouting: “I think he’s trying to kill me.”

Ben Benedict, 46 ,testfied Monday during a preliminary hearing at a Cook County branch. Benedict said he was heading home from a Cubs game when a stranger pushed him from behind onto the tracks at the Washington Blue Line subway station at 19 N. Dearborn St. about 11:40 p.m.

RELATED: It’s possible a loud FaceTime call led to a fight on the CTA

“I said, ‘Dude. What the f—?” Benedict testified, adding that he and Estep had never met or spoken before that moment. “He looked down and pointed straight at me.”

Benedict added his right wrist was sprained when it “took the brunt of the fall” as he landed on the tracked – about 12 to 18 inches away from the deadly electrified third rail. As Benedict tried to hoist himself onto the platform with his left arm but Estep blocked his efforts.

“I stepped back and said, ‘What’s your problem?'” Benedict testified.

At that point, Benedict spotted a group of fellow passengers close to 20 feet away on the opposite platform. That’s when he began shouting for help, yelling: “I think he’s trying to kill me.” then several people ran toward Benedict, pulling him back onto the platform.

“It couldn’t have been more than 30 seconds or a minute” before a train came, Benedict added.

Benedict then said he contacted police and the CTA which released surveillance stills of the man believed to have pushed Benedict in August. Estep lives with his wife in Wicker Park and was arrested last week, charged with attempted first-degree murder and aggravated battery in a public place after Benedict identified him in a photo array. On Monday, Cook County Judge Marvin Luckman said there was enough evidence to pursue felony charges in the case.

Estep received his doctorate in neuroscience from Northwestern University in March and works as a data analyst. He is slated to be arraigned Oct. 30 at the Leighton Criminal Courthouse, 2650 S. California Ave. Both Estep and his defense attorney, Vadim Glozman, declined to comment after court.

Benedict said he did not drink any alcohol the night of the attack.