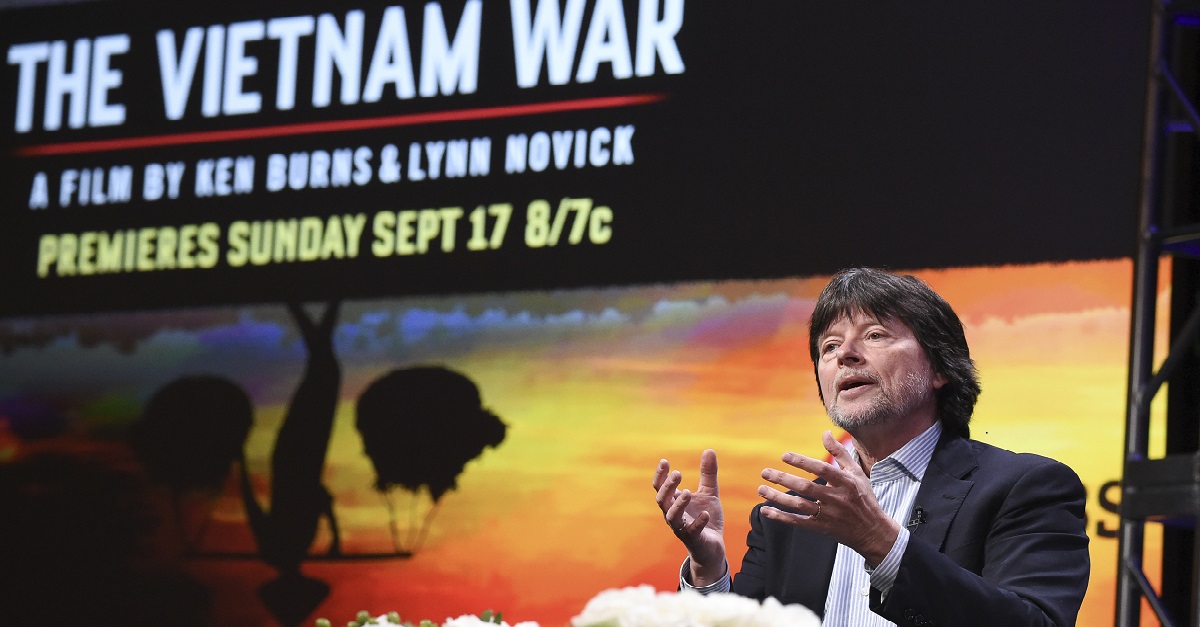 A new documentary about the Vietnam War will premiere next Sunday and part of it explores the pivotal role Chicago played in a war happening on the opposite side of the world.

RELATED: A short documentary about Harvey’s aftermath in Houston helps us heal from this devastation

Documentary filmmakers Ken Burns and Lynn Novick created a ten-part, 18-hour series about the Vietnam War as a whole and one of the episodes focuses on the 1968 Democratic Convention.

The series aims to be one of the most in depth features on the controversial war featuring interviews from all sides of the war. From the documentary’s website:

“The series explores the human dimensions of the war through revelatory testimony of nearly 80 witnesses from all sides—Americans who fought in the war and others who opposed it, as well as combatants and civilians from North and South Vietnam. Ten years in the making, the series includes rarely seen and digitally re-mastered archival footage from sources around the globe, photographs taken by some of the most celebrated photojournalists of the 20th Century, historic television broadcasts, evocative home movies, and secret audio recordings from inside the Kennedy, Johnson, and Nixon administrations.”

The 1968 Democratic Convention became infamous after police clashed with protesters and violently bloody images made their way around the world.

At a recent event at the Auditorium Theatre, Burns explained that the 1968 Convention was “central to understanding not only the Vietnam war but the war against the war” according to DNA Info.

Novick too went into detail about how news of Chicago increased morale for North Vietnamese soldiers. She spoke to one who said “he had thought during the war that the protests were a sign of weakness … that our attention wasn’t strong and unified like they were.”

“This film is not an answer, but a set of questions about what happened,” Burns says in the trailer which you can view below.

RELATED: Watch the moment this father is reunited with his helmet from the Vietnam War

The first part of the series, titled “No Single Truth,” will premiere on Sunday September 17th at 7 PM on PBS. Find out the ways you can watch it online here.