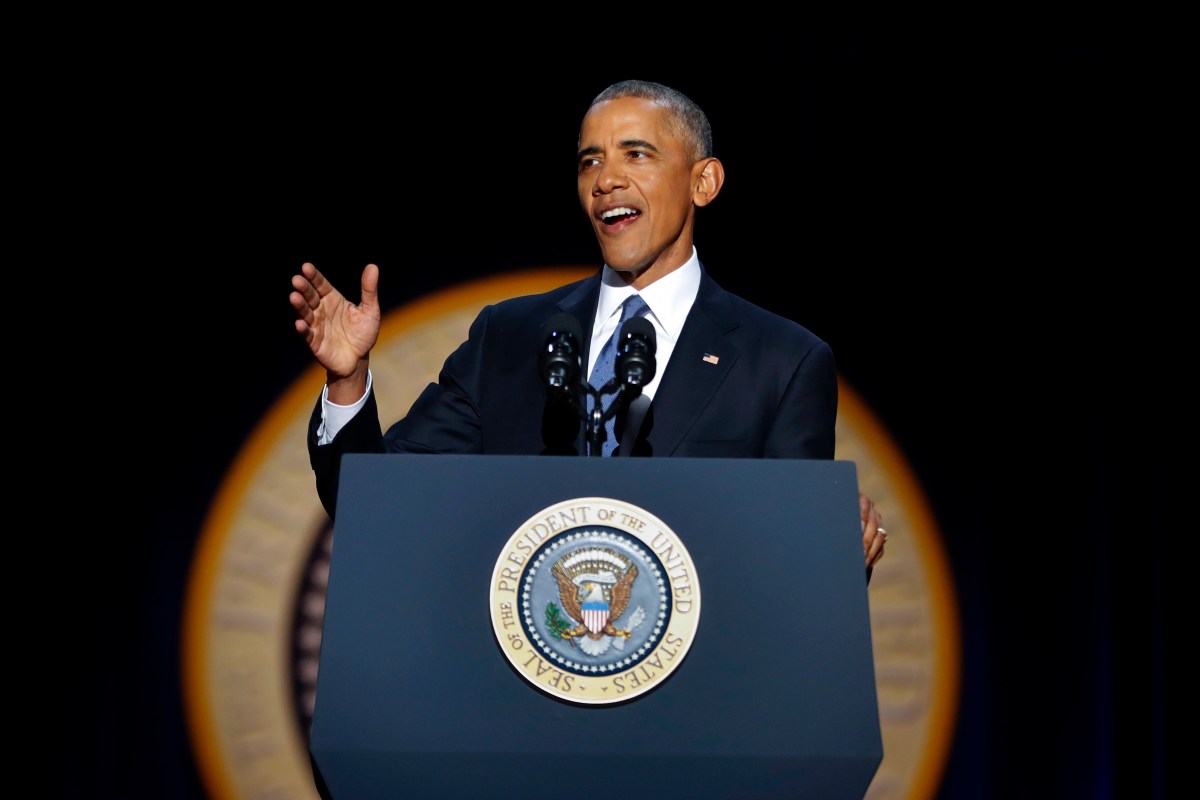 CBS News had all eyes on Chicago, as Mayor Rahm Emanuel hosted a summit of mayors from all major cities on Tuesday. The main speaker and guest of honor was former President Barack Obama. His speech got a standing ovation but the context of it is truly terrifying.

As upbeat and positive as Obama can be, but what he is discussing is truly apocalyptic in nature. Literally. He says at one point that even the Paris Agreement can’t save us from the dooms of climate change, but it can delay it and make it better for coming generations.

The summit was called for after President Donald Trump rejected the Paris climate accord, after Obama signed it back in 2015. So now local governments feel that cities and states have to be the “new face of American leadership” on climate change.

Ever so classy, Obama did not mention Trump by name, instead he said it was an “unusual time” with the U.S. as the only country to walk away from the Paris agreement, but it was a chance for local leaders to come together and fulfill promises the country has made.

“Ultimately the work is done on the ground,” Obama said. “Cities and states and businesses and universities and nonprofits have emerged as the new face of American leadership on climate change.”

Chicago officials were the ones with the idea of the North American Climate Summit, which began Monday evening, as the first of its kind for the city. Leaders elsewhere have taken similar action. Inspired by one another to go against Trump’s wishes of pulling out of the Paris Agreement. The announcement POTUS made earlier this year involves nations setting benchmarks to reduce emissions of heat-trapping gases. The U.S. can’t technically back out until 2020 because of legal technicalities.

At the time of the announcement, Syria and Nicaragua had also denied the Paris Agreement, both countries have now seen the light and joined the ranks. Leaving the U.S as the only country in the entire world to deny the science of climate change.

The idea is to fill the void left by the actions of the Republican president, who has worked to reverse much of Obama’s approach to foreign policy. Trump’s defense is that the terms of the agreement should be more favorable to businesses and taxpayers.

“We cannot afford to be cautious,” she said.

The Chicago charter document calls for mayors to achieve a percent reduction in greenhouse gas emissions that’s equal to or more than what is outlined in the Paris agreement. They are also promising to work side by side with scientific and academic experts to find solutions. Some mayors had to specifically agree to commit to expand public transportation and invest in natural climate solutions such as tree canopy and vegetation.

Emanuel, much like his classy former boss, did not refer to Trump by name. He said the current resident of the White House and his environmental officials are in denial on climate change despite facts.

“Climate change can be solved by human action,” he said. “We lead respectively where there is no consensus or directive out of our national governments.”

The charter will succeed within American cities and states, the only thing it will have difficulty duplicating from the Paris Agreement is the aid of billions of dollars to other countries.