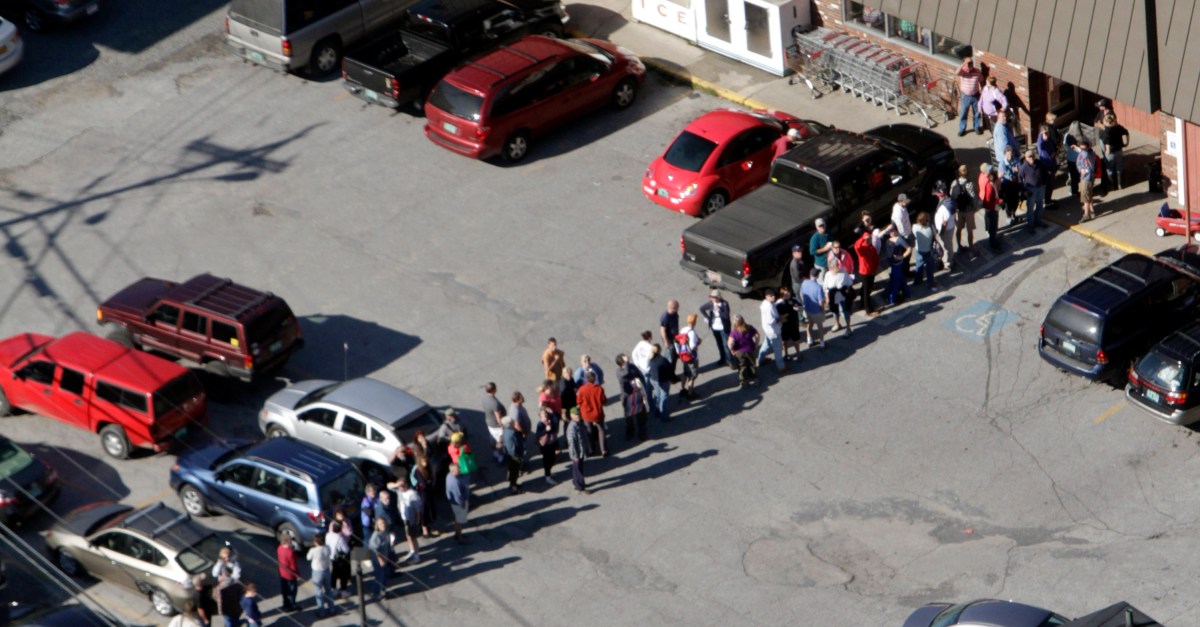 Police arrived at a heroic scene outside a northwest Indiana grocery store on Friday night, but it was simply a clean up job for them, someone else had done all the work.

It was actually the customers at the grocery store who stopped a would-be robber from getting away. After receiving the call at 7:20 PM on Friday night to Aldi Foods at 2906 Laporte Ave. in Valparaiso, the officers were told that customers in the store had “caught and were restraining a male subject.” When they arrived on the scene they had found, “five or six individuals holding a male subject on the floor. Officers immediately handcuffed the subject.”

RELATED: Jewel Osco employee stops a scary senior citizen scam that many are falling for

A man by the name of Thomas Powell, 36, of Hebron, Indiana, was arrested and charged with robbery. Police told the local news that he walked into the store wearing a mask on his face and demanded cash. Powell inferred he had a weapon in his pocket while demanding the money but did not show one.

The cashier gave him an unknown amount of cash, but as he turned to run out, he was “immediately physically restrained by one customer. Additional customers assisted and held the subject on the floor,” police said. No one was hurt and all the money was recovered at the scene.

Those restraining him included a cardiologist and the owner of a local restaurant, witnesses said on Facebook. The police would like to speak to them so they posted about it on their Facebook Page asking them to come forward.

They especially want to talk to anyone who is in the photo the department has released. Witnesses should call Det. Tom Horn at (219) 462-2135.