A stray bullet split through a window on the 56th floor of an apartment building near Navy Pier early Monday morning.

DNAInfo reports Neel Sukhatme heard a crash early Monday morning, not knowing the source of the noise. He originally thought it was related to fireworks.

The apartment, located in the building on the 400 block of North Lake Shore Drive, belongs to his parents, who Mr. Sukhatme was visiting.

He is a former resident of Chicago himself, and his two children, ages 2 and 1 years old, were sleeping in another room.

RELATED: Girl paralyzed by stray bullet graduates with honors and delivers a speech that will empower you

The family was planning to stay in Chicago for longer, but returned to their home in Washington, D.C. after the incident.

Police arrived to the scene a little before 1:00 AM on Monday morning, confirming the crash was indeed caused by a bullet, but authorities are still unsure what kind of weapon the shot was fired from.

A stray bullet in high-rise apartment is rare, but there have been a few major incidents involving stray bullets this year, including one incident near McCorkmick Place back in April.

Even as an out of towner, Mr. Sukhatme noted an increase in shootings across the Windy City.

A recent Tribune article compared the violence in Chicago to the records from last year:

Through June 30, the number of homicides was nearly the same, and while there was a decrease of 11.4 percent in shootings, there were still 1,714 shootings over that span.

These numbers are disconcerting, especially when coupled with an overall trend since the early 1990s showing a decrease in shootings and homicides, until last year’s 762 homicides, which was the highest in 20 years.

RELATED: A stray bullet smashed through the window and would have hit a baby if not for this family friend

Mr. Sukhatme hoped by telling this story it would bring more attention to the issue, and he hopes the issue can be resolved.

This incident happened on a particularly violent weekend in Chicago, with over 100 reported shootings over the holiday – 15 of them fatal. 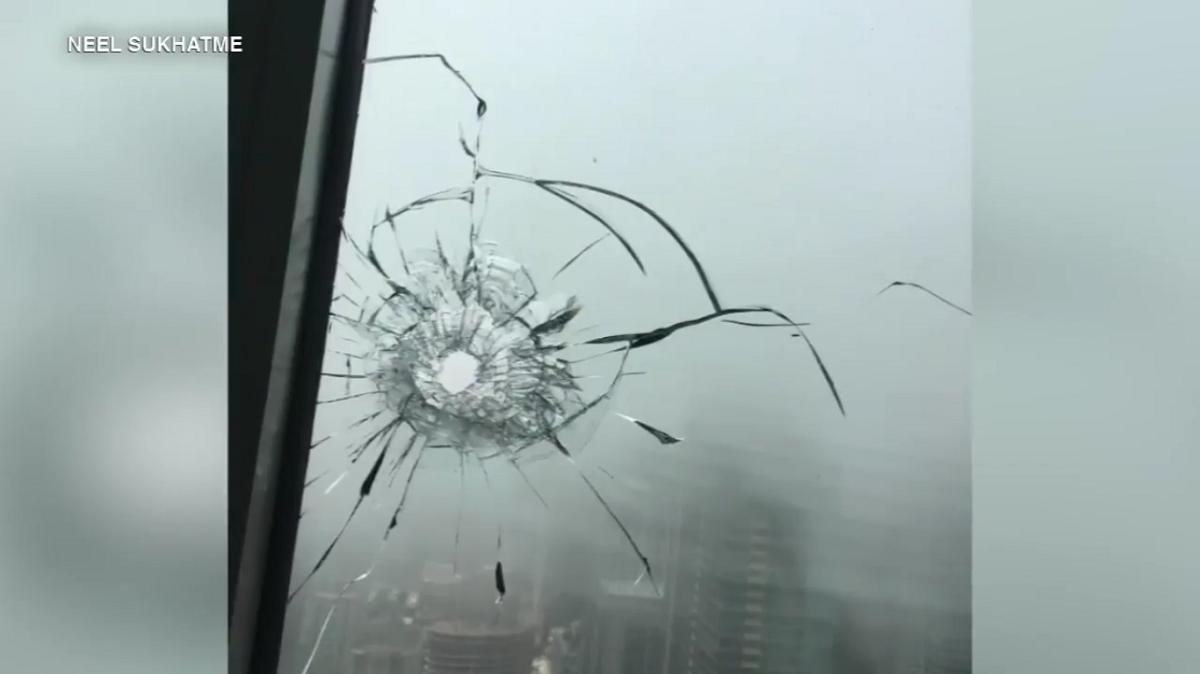