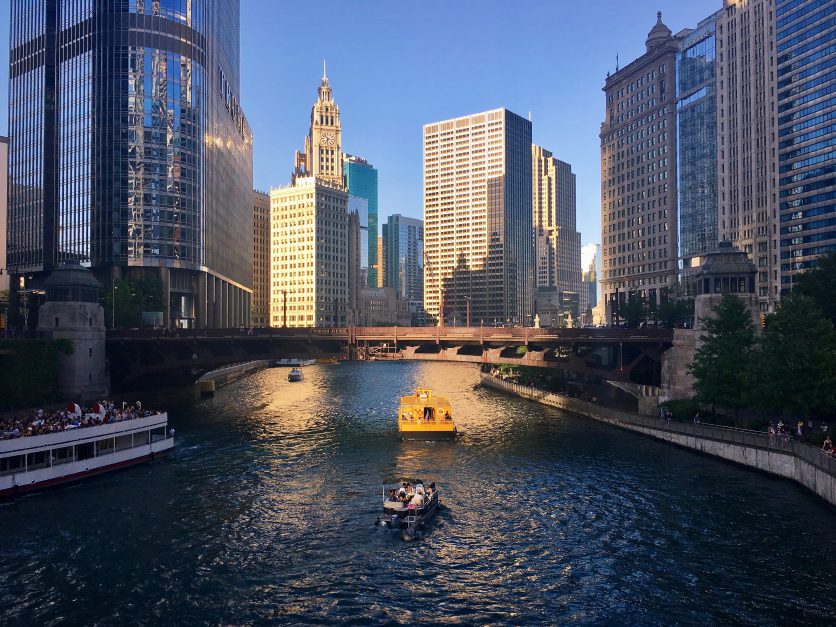 Chicago is home to many great and historical streets and public spaces. The American Planning Association has recognized one avenue as being the best in the entire country.

Lincoln Ave. around Giddings Plaza in Lincoln Square has all of the defining characteristics of what makes a truly great public space. But this didn’t happen by accident.

According to the APA, Chicago planners were “ahead of their time” when they added a road diet to the area by reducing the number of car lanes and making the street more pedestrian friendly.

In the late 1970s, the portion of Lincoln Ave. between Montrose Ave. and Lawrence Ave. was reduced to one car lane in each direction, sidewalks were widened to encourage walking and biking, and the addition of Giddings Plaza in the 1990s completed the transition.

The APA also notes the convenience to the Brown Line L stop near by, bustling small businesses, and the abundance of festivals in the area such as the Square Roots Music Festival, Maifest, German-American Fest, and more.

Check out the other streets that made the list across the country here.

RELATED: Here’s what’s going on in Chicago this weekend

It’s hard to see Chicago ever becoming less car-centric overall, but its great to see the areas that get it right are getting the proper recognition.