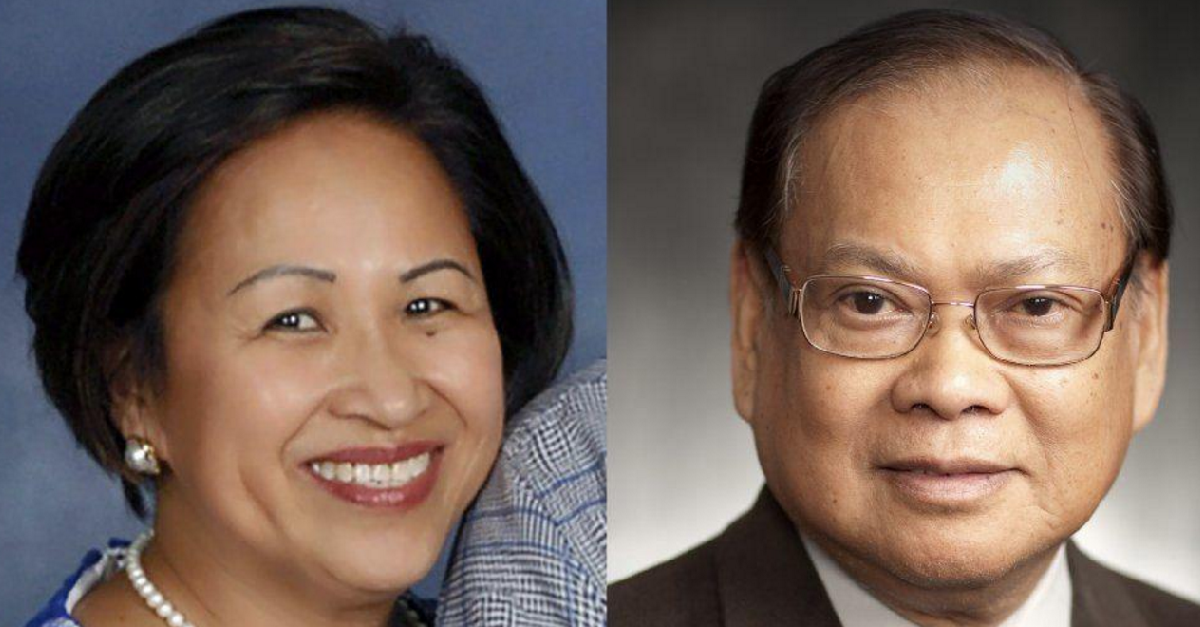 A Chicago doctor and a nurse from the suburbs were both killed in a van crash while on a medical mission in the Philippines.

Aurora M. Gagni of Orland Park worked as a recovery room nurse. She was described as being very creative and helped her husband Tito run his flower business.

RELATED: Six people died on a California interstate because one driver was going the wrong way

Nunilo Rubio Sr. was an endocrinologist from Chicago. He worked at at Presence Saints Mary and Elizabeth Medical Center at 2222 W. Division St. from 1972 until 2015. His wife Elenita was in the crash as well and seriously injured. She is also a doctor.

All three were part of a group of about 100 Filipino-Americans to help the less fortunate. They didn’t even have a chance to begin their work, as the crash happened during a tourist excursion.

The crash happened on the group’s way to the Kawasan Falls in the town of Algeria in Cebu province. A total of seven passengers died with three in critical condition.

Police say that the driver of the van fell asleep while behind the wheel. He says that he only slept for one hour the previous night. He survived the crash and was taken into custody.

Members of the medical community and others expressed the sympathies for the families for the victims and offered kind remembrances.

RELATED: A car somehow ended up on the second floor of a dental office, and the driver was allegedly sky-high

?He was generous, compassionate and had a real commitment to patients,? Jim O?Connell of Presence said about Rubio. ?He never stopped caring for those in need.?

?She was out doing something good and a car crash kills her ? you just don?t think of this happening,?? said the Rev. William Corcoran of St. Elizabeth Seton in Orland Hills, Gagni?s parish.