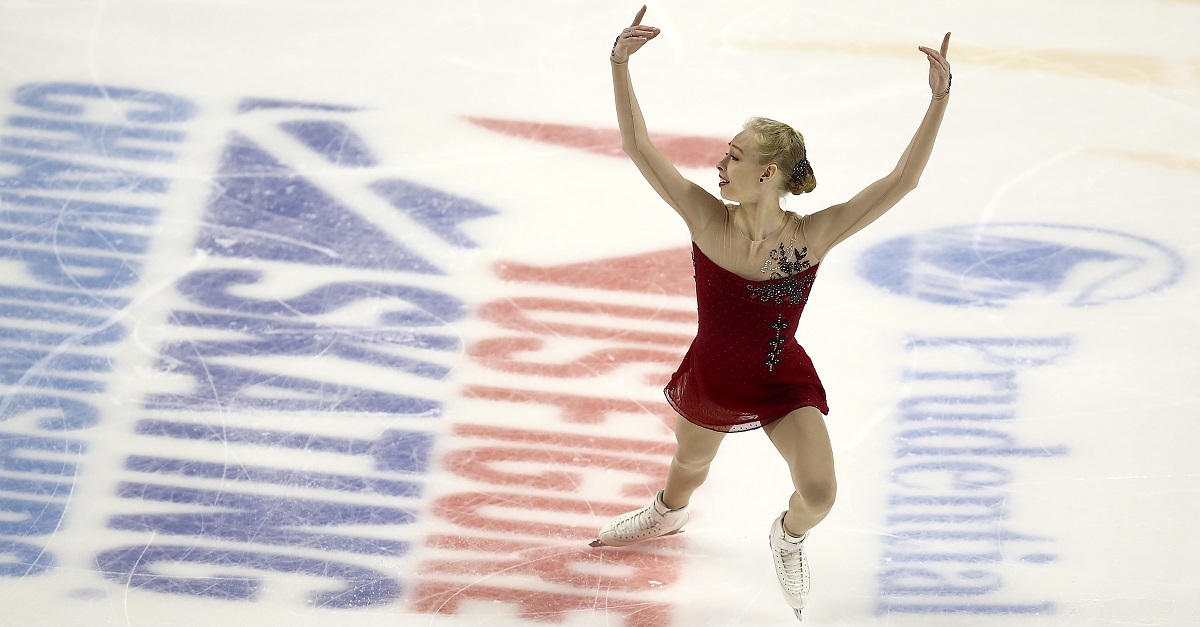 20-year-old Bradie Tennell from Carpentersville, Illinois is competing in her first Olympics this year in PyeongChang, South Korea.

The figure skater had started a GoFundMe to raise money for her family to be able to join her and watch her compete.

Getting closer to the beginning of the Olympics, those dreams almost seemed dashed. But that’s when United Airlines stepped in.

“We are here to send your entire family to South Korea to watch you compete,” United’s Mary Moser told Tennell. “You are all going to the Olympic games together.”

Her family couldn’t contain their excitement. Bradie’s mom Jean is a single mother, raising her daughter and two sons, 18-year-old Austin and 16-year-old Shane. The two boys find their home on the rink as well as they both play hockey.

“This means so much to be able to go over and watch her,” Jean told NBC 5 Chicago. “To even think that we were going to sit at home to watch her on TV!”

“I saw how hard she would work every week, putting in the time,” Shane said. “It’s been an amazing journey. Could you imagine not going to the Olympics to watch her? No I would have to go no matter what.”

Tennell began skating when she was two years old and has been competing professionally since 2014. She is one of three women to represent the U.S. figure skating team this year.

“Its an unbelievable feeling,” Austin said. “From her dream of making it, I just couldn’t imagine not being able to be there for her for that.”

Jean and Bradie leave for South Korea on Monday with the two boys following a week later.