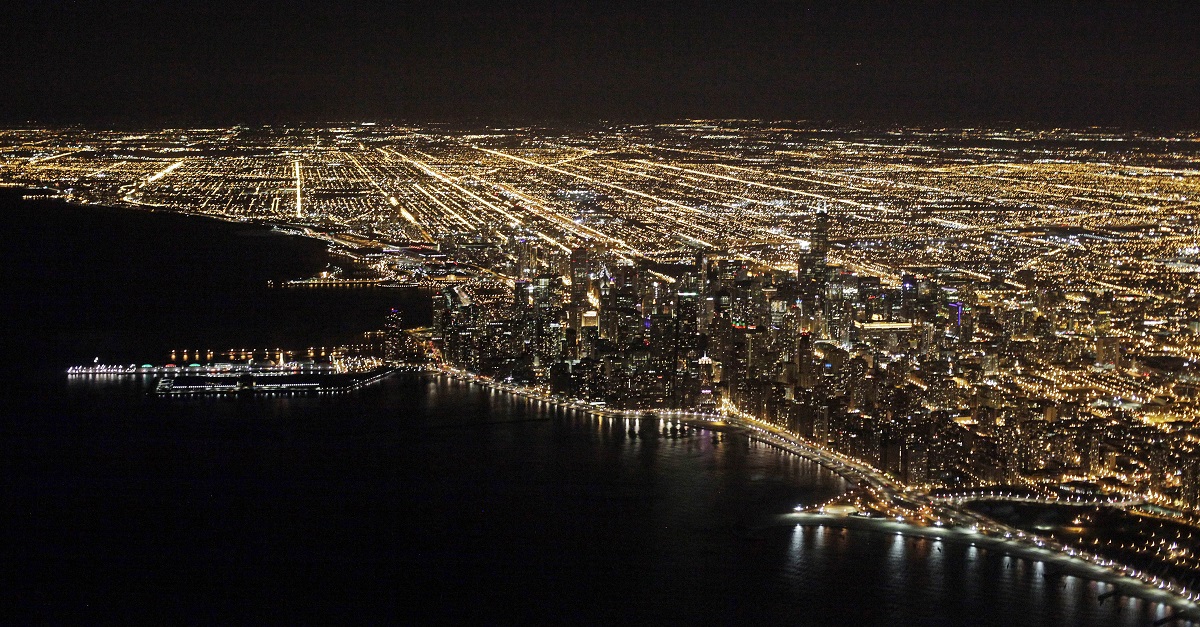 AP Photo/Kiichiro Sato
An aerial view at night of the downtown Chicago skyline is seen Sunday, Nov. 24, 2013. An Arctic air mass is expected to chill much of the Central Plains and the East Coast through Monday with wind-chill temperatures dropping into the single digits overnight in some places. (AP Photo/Kiichiro Sato)

After years of population and employment decline in the City of Chicago, a new 67-page report by the Illinois Department of Employment Security has revealed that these numbers may be reversing.

Crain’s Chicago did an analysis of the recently released data that indicates “the total number of private-sector, unemployment-insurance-covered jobs in the city grew 168,000, or 16.6 percent, in the seven years ended in March.”

Crain’s also notes that for the first time ever, a majority of the jobs in Chicago are in downtown itself, with the Central Business District claiming 197,595 jobs and the Outer Business Ring with 396,070 out of Chicago’s 1,179,455 total jobs.

While all of this data is good news in the post-Recession economy, some parts of the city and surrounding counties are still struggling to get back to the numbers they had two decades ago.

Other parts of the city are also behind their 1998 numbers, including the Northwest Side (such as Jefferson Park, Edgebrook, and Elmwood Park), the Far South Side (Roseland, Mount Greenwood, Morgan Park), and the Southwest Side (Chicago Lawn, Ashburn, Elsdon).

But the rest of the area is not as bleak as numbers in employment have risen across Cook, DuPage, Kane, McHenry, and Will Counties. Lake is the only county in the report to show lower employment, but they were still only down .1%.

“It’s easy to point to the state and region’s well-known problems and challenges, but to date these have not kept companies from investing and growing in Chicago,” said Aaron Renn, a demographer with the Manhattan Institute.

Over the past few years, Chicago has seen more than a few headquarters relocate to the city from either the suburbs or other urban enclaves. Some of those include Mead Johnson, McDonalds, Hillshire Brands, Peapod, Beam Suntory, Kraft Heinz and ConAgra Foods.

RELATED: Chicago is getting a new charity and it?s exactly what the city needs

Walgreens is also in the middle of an expansion that promises to bring hundreds of technology jobs to their new downtown hub.

The city is also continuing their attempts to attract Amazon to Chicago. The company has that wherever their HQ2 ends up will bring 50,000 jobs to the area.