A new investigation shows  Houston could be in very real danger if a big enough hurricane hits.

RELATED: Texas Storm Causes a Hail of a Lot of Damage in a Short Time

According to a report by Public Radio International, Houston’s geographic relationship to Galveston Bay is a big part of the problem.

Reporter Neena Satija, who worked on the investigation, explains Galveston’s Bay acts as a sort of bowl, with potential to spill over into the Houston area if it overfills its rim:

“When a storm comes in from the Gulf of Mexico, that bowl starts to fill up,” Satija said in an interview. “The water gets higher than the rim of this bowl. The rim, of course, is the beaches that are all around Galveston Bay. So, the bowl fills up, and the water spills onto the shore over the rims.”

A 50-mile-long channel inside this “bowl” magnifies the danger by narrowing the path of stormwater, causing it to overflow and spill out into populated areas more quickly.

This could lead to a Katrina-like situation, similar to New Orleans’ situation during 2005, but without the protection of any storm walls or levies in place like they had in Louisiana.

RELATED: Even Outside the Path of a Storm, There’s a Lot to be Concerned About This Hurricane Season

Houston is higher above sea level than is Cajun city counterpart, but if the right conditions strike, it could still spell catastrophe for the Bayou City’s industrial and residential areas. 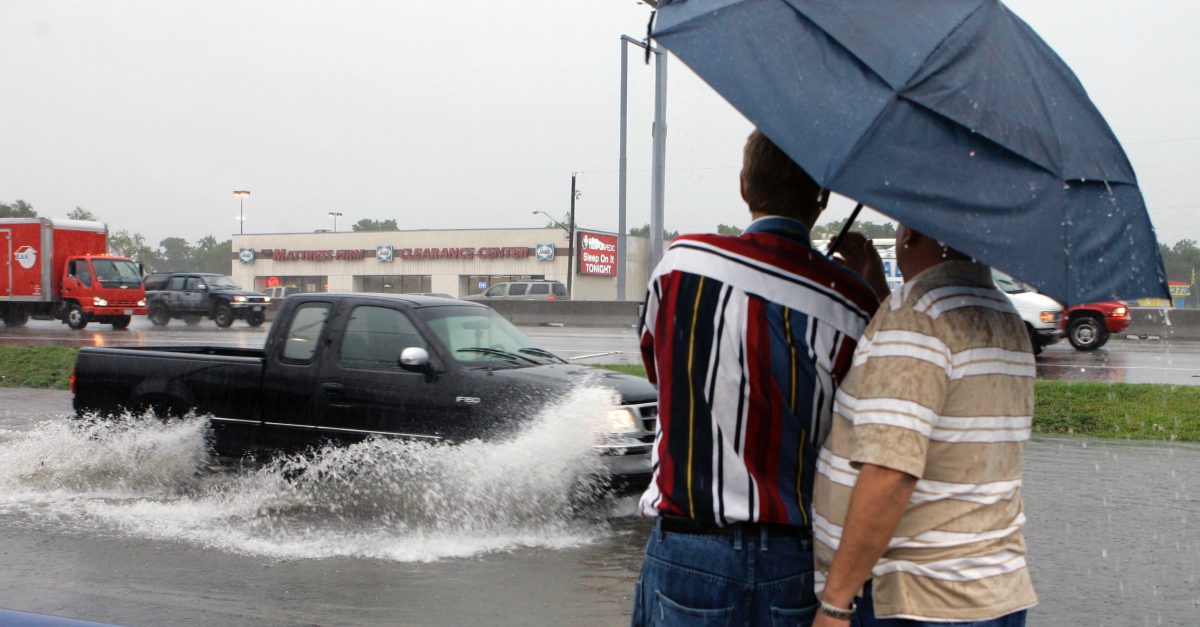