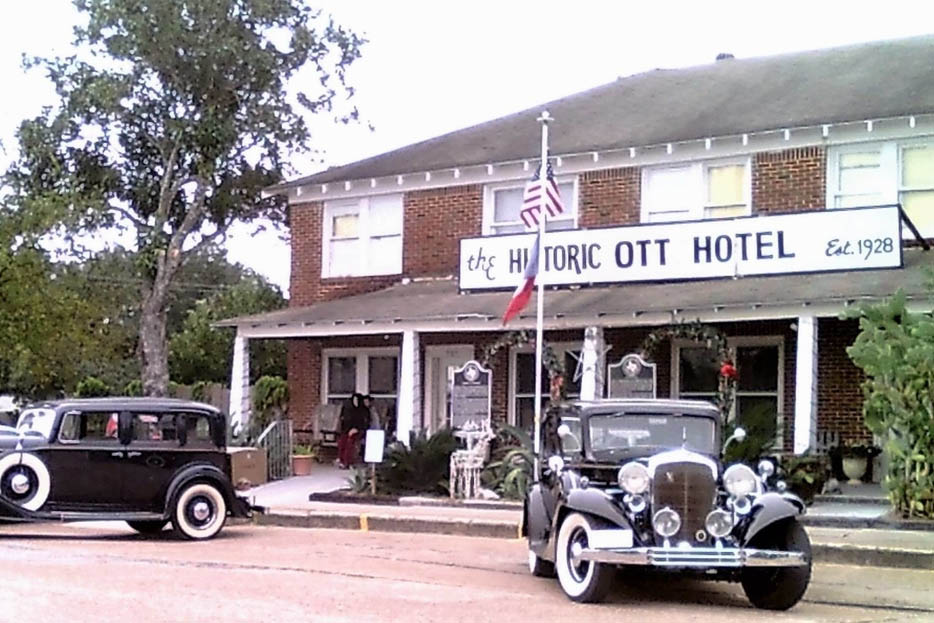 If you’re a fan of haunted hotels or just in the mood for some Halloween frights, a historic hotel in Liberty, Texas, a city outside of Houston, holds a whopping 26 guests who haunt the property that, according to legend, was once a burial ground, a Confederate Civil War hospital, and a site for Native American rituals. So, basically, this place is spooky as hell.

One of the Most Haunted Places in the United States

While the Hotel Galvez in Galveston, Texas sucks up quite a bit of haunted hotel lore in Texas, thanks to its size and storied history as a getaway for celebrities, it is far from Texas’ only, or most, haunted hotel.

The Historic Ott Hotel holds two historical markers. Owner Susan McCain collected signed affidavits from relatives and officials, cataloging the known deaths at the hotel. But with so much history packed into one parcel of land, there’s no way to measure the full toll on the site.

McCain and her husband bought the property in 2002, but she had her reservations.

“I told him I pity whoever buys that piece of sh-,” she laughs.

A former non-believer in ghost stories, McCain discounted the rumors she heard from former caretakers until she saw the proof herself.

The first group of paranormal investigators to tour the haunted hotel was the Louisiana Ghost Investigators, who agreed to stay three nights to study the old hotel as it underwent renovations to reopen.

The ghost hunters left after the first night.

If staying the night in a haunted house gives you too much fright, McCain gives ghost tours of The Ott Hotel where ghostly personalities are most active; we took her up on that offer.

There’s Lucy, who was shot in one of the hotel rooms by her ex-husband. You can sleep in her room, but you may not be sleeping alone.

In the next room sits the sad tale of Vicky, a woman who lost her battle with inner demons and took her own life inside the hotel. A few weeks later, her friend followed suit, hanging himself in the stairwell.

Down the hotel’s long hallway, you can take a pic of yourself in the floor-length mirror, but be careful — the mirror is rumored to be a portal. You may not know the face that stares back at you.

The Scariest Hotel in Texas

Not only will you get to hear more about the hotel’s history on your tour, but you can also see the secret home footage and photographs McCain shares with guests.

McCain and her family now live inside the hotel, along with several tenants who rent out rooms outfitted as apartments. Paranormal activity is a common experience for the residents, and they all have a story to tell.

According to Buster, a dark spirit emerges from his closet and into his bedroom.

Resident James Brown and his wife experience regular activity, but two recent incidences stand out in their minds.

“He must not like Dr. Pepper,” resident Brown says of the ghost that sometimes haunts his apartment. His Dr. Pepper was moved or knocked over three times in one day.

Just recently, his wife had her sunglasses were pulled off her head and hurled across a room.

You can visit the hotel year-round but call ahead to schedule your tour. You can also check out their Facebook page for public events, which are usually held in the cooler months.

Editor’s note: This article was originally published on August 23, 2018.

Watch: The Most Haunted Places in Houston, Texas — From the Spaghetti Warehouse to Jefferson Davis Hospital