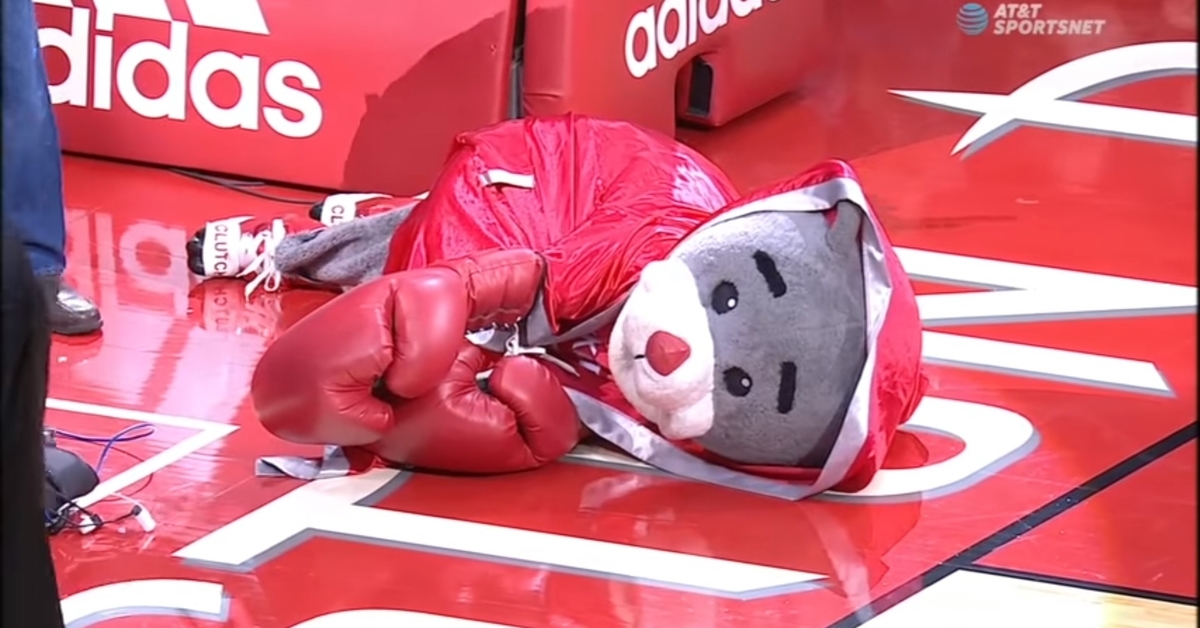 Houston Rockets mascot Clutch the Bear seems to be enjoying his team’s season, as the Houston franchise he represents are on their best winning streak since the 2007-2008 season, knock on wood.

But every game can’t be good — and sometimes you have to take one for the team:

In a case over the weekend, as featured at the bottom of this post, Clutch faced off against boxing great George Foreman during the Rockets’ game against the Milwaukee Bucks.

Invited as a guest of honor, Foreman sat in the front row at the game, during which Clutch came onto the court wearing oversized boxing gloves and a boxing robe, going on to challenge the former champ to a sparring match.

A change from his usual serving of tasty, lean meat, seconds into their battle, Foreman ended the match with one left hook to Clutch, sending the bear to the floor.

Crew members helped Clutch off the court so the game could continue.

Tough as nails, and potentially auditioning for professional wrestling, Rockets officials said they organized the stunt prior to the game, as the mascot and former heavyweight champ worked to give the crowd a good show – a change up from his usual game antics:

The Rockets went on to their 13th consecutive victory during the Sunday matchup, narrowly beating the Bucks 115-111.

After his performance in the game, the NBA Western Conference named Chris Paul player of the week for December 11-17.

Thirteen came to the game as the team’s lucky number, as it is reportedly the number of times Paul received the honor, as well.