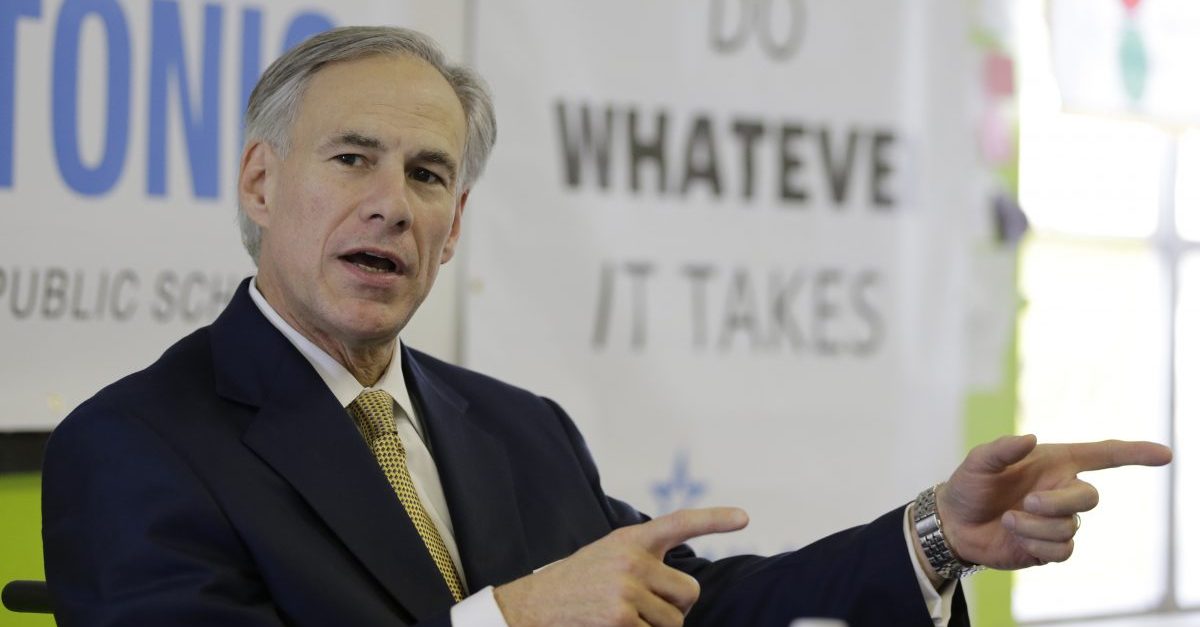 At a Tuesday meeting in Rockport, Texas, Gov. Greg Abbott announced the state will be getting over $1 billion in aid for areas affected by Hurricane Harvey from the Federal Emergency Management Agency by next summer.

Half of that money is available immediately, according to NPR, and a release from the governor’s office.

Governor Greg Abbott announced Tuesday that FEMA would be releasing more than a billion dollars in aid to help fund much-needed projects, which have been hit the hardest by Hurricane Harvey. https://t.co/bA5pXAOmvW

The news is welcome in Rockport, one of the areas reportedly hit the hardest by the hurricane:

Abbott said Tuesday checks can be written to people in need of help “as soon as you get your applications in and get them approved by [the Texas Division of Emergency Management].” He added he knew there was a need to get resources to the people quickly; a “need for speed.”

The governor also said he plans to use rebuilding efforts to make Texas cities more flood resistant, building in “ways that reduce the future risk of damage to property and lives.” Some of those projects are listed in the press release, including:

The second half of the FEMA funds are expected in August, which will mark one year since the storm tore through Houston and its surrounding communities.

If the damage is extensive enough to prove an additional need, Abbott said funds provided by FEMA could top $1.1 billion.